Present in Cannes to accompany the film Ilan Klipper, The starry Sky above my head (our interview with the director here), we wanted to know a little more about Alma Jodorowsky. Smiling and sparkling eyes, it is without contention that the young actress talks to us about his entrance in the film, his inspirations and his desires.

1 – It has undergone the business by his family

I grew up in the middle through the whole of my family. With figures such as my parents, actors of theatre, my grand-father (director Alejandro Jodorowsky, ED), but also my uncles. See these people living their passion, it was inspiring and it gave me the desire to follow this direction. So I followed courses in theatre for young and I made my first film at age 14. What was encouraging, it was to have these models through whom I could tell me that it was possible, in spite of the ups and the downs, and the hardness of the job.

2 – She knows his classics

I grew up with a lot of big Hollywood movies, from Singing in the rain to All About Eve, passing by the films of Orson Welles. It is one of the cult films that I saw early on and that set me on stars full eyes. On the side of the actresses, if there are to whom I would like to inspire me, this would be especially Catherine Deneuve and Juliette Binoche who have personalities strong enough, and it feels in their roles.

3 – She has a shadow to Cara Delevingne

Shadow, I don’t know ! (laughter) But in fact, we shot all Kids in Love there are not a lot of time. The production had a hard time finding the main character. They wanted something special. The casting director suggested that actresses of foreign to add to the character of the character. After you have sent tests, I had an appointment to Skype with the director. It was very weird, a bit stressful of the fact that there is a computer between the two, but it went well. In, so I have the main role, and Cara plays a main character. But hey, she is bigger than me in other projects, so I do not worry about it.

4 – It zigzags between the roles

I am looking to work with teams, actors and directors, that I like, and the roles interesting. With Diastema (July-August) I found the scenario very pretty and I liked much of what he had done on A French. With The starry Sky above my head, it’s a different kind and I find this character of femen hyper funny. In addition, it is something that I had not yet done so. I don’t want to stay locked in one genre. Especially because it can be the trap when one is a young girl, we can quickly find themselves confined to the role of ” the pretty pépette of the film.” So far, I have been rather successful in weaving in and out between the genders.

The horror movies. Impossible. I am a big trouillarde, I do not look ever. I was offered one, it was not long ago. I put about a week to read the scenario so it was frightening to me. Yet, I still have a little fanfaronné saying that it would be, although I will one to take the bull by the horns and confront my fear. But finally not, a priori, this is not going to happen. 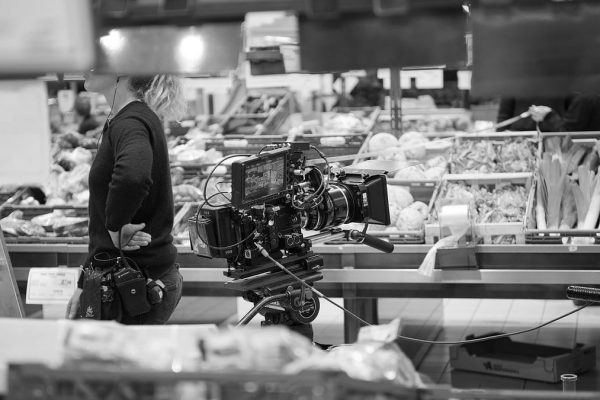