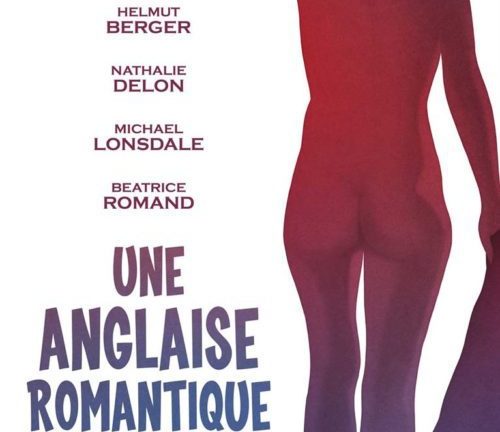 AN ENGLISH ROMANTIC has been reviewed by Antoine in the context of the topic, Reflections of Poetry.

With a career that includes a quarantine of the securities, the american filmmaker Joseph Losey (1909-1984), has one of the filmographies of the most eclectic and the most unique of world cinema : film history (The Assassination of Trotsky) to the drama (Mr. Klein) to science fiction (The Damned), film noir (M, The Prowler) or melodrama (the Gipsy), Losey went on all terrains possible and will never seek to create a coherent universe, or even restricted to the themes or ideas of the author. Filmmaker unclassifiable (from the point of view of the ” policy of authors “), he met the posterity with films that are as fascinating as the strange (The Servant, Accident – both scripted by Harold Pinter – and Don Giovanni). Released in 1975, AN ENGLISH ROMANTIC (a big thank you to Solaris Distribution for us to offer this restored version) fits in the second period of the filmmaker. The one who saw him ply his trade in the United Kingdom, rather than the United States, a country that he was exiled because of mccarthyism. Adapted from the eponymous novel by Thomas Wiseman wrote four years earlier, AN ENGLISH ROMANTIC is scripted by the great british playwright Tom Stoppard, known in film for his collaborations on Brazil (Terry Gilliam, 1985), Shakespeare in Love (John Madden, 1998) and Anna Karenina (Joe Wright, 2002).

Today, the filmmakers strive to create a work (and not movies) via personal universes infinitely reproducible, projecting onto the world their system (often limited), Losey demonstrates that each film and each scenario has its own identity, and therefore its own filming. The only way to know that we viewed a film of Losey may lie in its relationship to the world, the feel of his heavy presence on all the main characters of the story : Elizabeth and Lewis Fielding (played by Glenda Jackson and Michael Caine) embody a couple of bourgeois English intellectuals and nests, while Thomas Hursa (Helmut Berger) embody the opposite of the “hierarchy” well-thinking of the time, a poet of the city. Individuals in Losey , therefore, are all conditioned by society and the morals imposed by their social setting ; in sum, the universal tragedy of the man who faces the world. And this is just about everything to recognize a film of Losey when they saw one. There is no “style” in particular, neither messages (political or other) and even less of the figures or patterns recurring. We understand therefore the difficulty of assessing or “enter” in the films of Losey for a public fed for almost fifty years to the “policy of authors” (fromAlfred Hitchcock to James Gray , passing by Orson Welles, Tim Burton, Jim Jarmusch, etc).

The relation to the world of Losey translates simply (but it is what is the hardest in the end) through the development of a real-true, or rather a reality, without artifice. This may seem paradoxical coming from a filmmaker from the theatre, and some performances return to the art of Molière. There is only to see the use of setting, props, or sound effects to be aware of. And we can see that in the direction of the actors, Losey requires of his actors for a dramatic play can express feelings that are extreme. But the great strength of his cinema, it is to deliver, with the same fervor in the look, a detail, without losing sight of the whole picture, the totality of the world he describes with a certain height ; it is thus capable of capturing a look or gesture that just feed the drama.

“The only way to know that we viewed a film of Losey may lie in its relationship to the world, to feel his heavy presence on all of the protagonists”

The best scenes ofAN ENGLISH ROMANTIC place in the house of Fielding, where the trio moves in a choreography that is exciting and mysterious, each playing his score, the more unsettling as the drama develops. Of course, there is a question of lies between them, but the camera Losey does not lie ; we know the intentions and the (real) life of Thomas from the first scene in the train. It is a form of loyalty to his audience, Losey does taking person by default ; the use of mirrors, extremely present throughout the film, serve only as the drama that plays out in the heart of the scenes, namely the exaltation of feelings specific to the characters. In addition, his film makes us take to the pitch : we never judge the protagonists, you observe them make their choices and commit, or not, their mistakes. Try to find figures in Losey (the “femme fatale” aristocrat, the artist/intellectual) gives an account of nothing, except that he invests this system of classes in English, always on the surface, in order to better describe the beings which, although enclosed by the tradition, are still capable of acts of passion willing to live new experiences. And the emergence of ideas, such as the emancipation of women (” women are a occupied countries ” do we hear in the film), or the conflict in ancestral between the ideal of the poet and the usurpation of the novelist (novels do not depict life as they do not contain any coincidences), “built” in any way the internal movement of the film. This quest for the Absolute, a purity even, that incorporates all the beauty that morality. But of course the reality in Losey has nothing as simple, or as pure. The English romantic wants Everything, and not satisfied, therefore, nothing and admiration exacerbated to the poet, such a nostalgic memory (the masterful score by Richard Hartley), is finally truncated.

AN ENGLISH ROMANTIC is built around dizziness – emotional events and sudden-unpredictable – who come to counteract a too narrow and overdetermined by its social traditions. The staging of Losey, itself unpredictable and invisible, does that deploy the life ; it is these beings a new look without trying to valorize or denigrate them. In the end, Losey adds nothing of itself, because according to him : “to make films is to achieve fables, speaking of mythology, even if it is only a connection between characters “.

• Screenplay : Tom Stoppard and based on the novel by Thomas Wiseman

• Synopsis : Elizabeth Fielding, wife of a wealthy English writer, meets Thomas, a gigolo who pretends to be a poet, during a spa holiday in Baden-Baden. The young man follows her to England and managed to get invited by Lewis, the husband of Elizabeth…
TRAILER 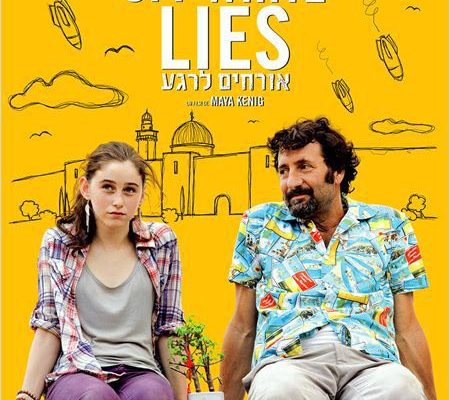