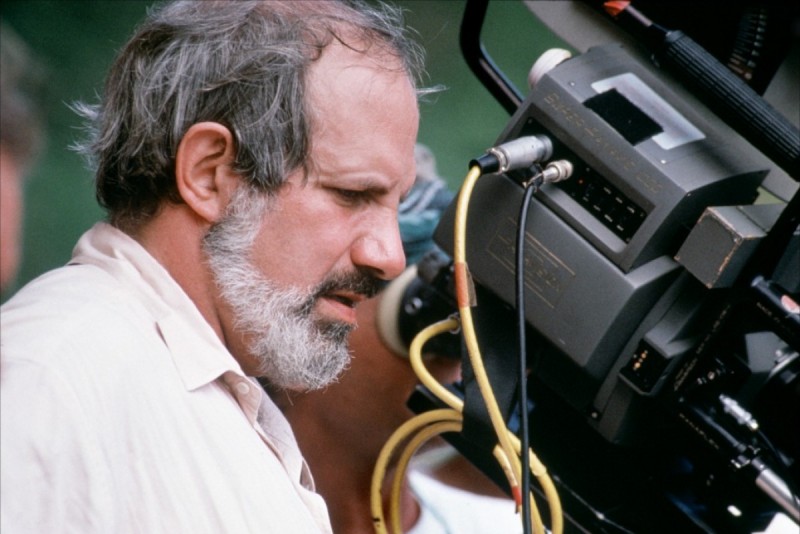 If you were asked to cite the greatest directors of the past forty years, I’d be willing to bet that De Palma would not be in the lot. And for good reason, it is not necessarily obvious to grasp what this director was able to brought to the cinema.

Of course, De Palma is the author of a number of films permanently ingrained in popular culture as Carrie au bal du diable, Scarface, The Untouchables or the first installment of the saga film Mission Impossible. The man, however, is not what is called, a yes-man or a during-the-money. Most of these works, moreover, were struggling to get funding and to find an audience, the second explaining the first.

It is, however, no doubt one of the greatest directors alive.

Resume the last shot of The searchers by John Ford would be ideal to begin the analysis of De Palma : John Wayne, a prisoner of the frame of a door that he could never cross.

It is an image very similar to many of the plans of the film The impasse or Carlito’s way. In this film, De Palma tells the story of a gangster who, after his release from prison, wishes to leave his or her condition. It is fraught with the inability during during the whole movie locked up sometimes between the walls of a night club to a subway station, where waiting for a photo of the islands of the Bahamas.

The confinement is an important value for De Palma, but its relationship with the tool film even more. It is not a question here of an act of narration, it is an interrogation on the nature of the film and the veracity of the image for film and television.

Demonstrate with one of his best-known films : Snake-Eyes. The reputation of this film comes mainly from this impressive sequence of 12 minutes. In reality, this plan is cut in three places, but we keep it in the category ” Stories “. Let us first the question of the usefulness of a sequence plan. The sequence plan allows a great proximity between the producer and the viewer. A complexity of staging, as well as a sense of flow and continuity are felt to the viewer that the narration of events is a truth almost impossible to challenge. So far, during the rest of the film, De Palma takes a perverse pleasure we show how all that we have seen during this sequence was a fake. We will play with the presence of cameras, many eye-witnesses and versions of each to make burst the truth or, on the contrary, we show that it is the ambiguity that prevails.

The reasons for De Palma to make this kind of argument are likely to be highly related to its generation. According to his own words he was very much marked by the Kennedy assassination and the Vietnam war, which he made sure not to participate. But this is not the events themselves that are scored, it is their exploitation of the media. The manipulation of images that followed these two events has, in effect, made it very difficult to differentiate the true from the false. Palma will then be one of the first to question the veracity of the image.

You can still find this theme in his recent Passion, a remake of Love by Alain Corneau.

That said, Brian De Palma has other references very supported, namely that of Hitchcock, for example.

And you, what do you think of Brian De Palma ? I’ll be curious to know your opinion about this director that I particularly like.