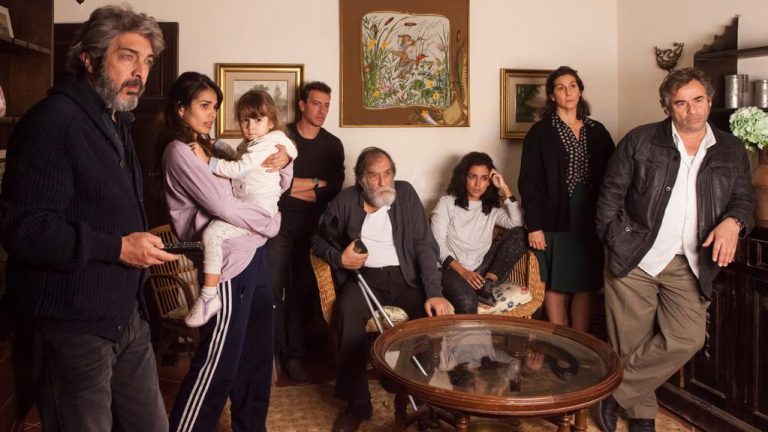 This year, I decided to come back to Cannes, which, whatever one may say, has a unique aura. I have set myself as a goal to see the 21 films in the competition. In 2015, and in Venice last year, I had not been able to meet such a challenge. With a few screenings Out of Competition and election Parallel, I think that I would be between 25 and 30 films in the end of the Festival. Not counting the Short Films, articles to write and the evenings !

The first week of Festival is over, I told myself that it was the opportunity to make a first assessment. And as you can imagine, I’m tired already ! But enough chatter, I will now tell you about the 13 films that I’ve discovered during these first 6 days.

On Tuesday 08 may – Opening of the Festival

The day was rather long, and it really is a shame that parallel sections do not have the opportunity to open for a few hours rather in order to occupy festival goers before the opening film of the Official Selection. So I started, unsurprisingly, on Tuesday evening with the opening film – Everybody knows (released on may 09, 2018), iranian director Asghar Farhadi. You can read my analysis on Oblikon. A film between thriller and melodrama, not bad but a little disappointing when you think of the previous works of the filmmaker.

The next day, I went to see Wildlife (released December 19, 2018), opening film of The semaine de la critique. It is the first film directed by the actor Paul Dano. He also co-wrote the script with his girlfriend Zoe Kazan, she is also an actress. It takes the point of view of a teenager introverted 14-year-old who sees and suffers the explosion of his family. His tour de force is to propose a subtle glance, rather neutral, without judgement, of the two parents, their weaknesses, and their behaviors. The result is quite classical, in the vein of a lot of american indie films, but rather successful.

The same evening, I went to see Yomeddine, the film’s egyptian director A. B. Shawky. It is the only first film selected in the Official Competition this year. The result is a friendly but anecdotal, is a Feel Good Movie in the u.s. in which the two main characters, Beshay, a former leper, and Obama, a teen orphan through Egypt (very different from the postcard image with the pyramids) mode roadtrip in search of answers about their origins. If the film leaves you watching with pleasure, I was pretty disturbed by the end. In fact, the father of Beshay justifies the fact of having abandoned and never to be income so that he finds happiness. If it wasn’t that the point of view of the father, why not. However, the images displayed by the director at the time seem to go in the sense of these words. I find this talk of “isolation” quite hard, especially as the character of Beshay is no longer contagious. Personally, this speech troubles me a lot, and I don’t want to live in a society that recommends this type of support for the sick or people who are victims of disability.

The next day, I’ve been seeing Leto (released 05 December 2018), beautiful Russian film, engaged, and bold. This is my first blow of heart for this fortnight and you can read my review on Oblikon. In the evening, I was to Please, to love and to run fast, the new film by director Christophe Honoré (released may 09, 2018). I was very touched by this film, especially because I am much found in the personality of Jacques, one of the two main characters.

I have not watched as long movies. I also had the opportunity to attend the awards ceremony for the competition of short film Nespresso Talents. This has allowed me to discover several short fairly interesting, especially in the use of an unusual format : the 9/16th. I then saw the Cold War (released October 31, 2018), a film that is very successful Pawel Pawlikowski selected for the official competition. If you’ve already seen Ida of the same filmmaker, the process of staging the scene is very similar, but not redundant. The film manages to, in just 84 minutes, to tell nearly 30 years of passionate love, and with accuracy. Just after that, it was The picture book of Jean-Luc Godard. Obviously, it is experimental, and if some of the passages which follow, rather, with interest, in particular through a visual work far from being uninteresting, I remain quite dubious on the merits, rather inaccessible when it does not have a good knowledge of the topics covered. The filmmaker has also pushed the experimental to the end, since it has not moved for the press conference in which he participated… via Facetime !!!

I finished the day with The eternal by Jia Zhang-Ke (released December 26, 2018), a small gem that traces 15 years of impressive changes for China through a love story and its evolution.

For 15 years now, I have been very interested in Korean cinema. Over time, this has even created an interest for the country itself, where I had the opportunity to live for 5 months in 2014. Necessarily, I was keen to see the Korean film presented at the Cannes film Festival this year. The first is The spy gone north, in the official selection but Out of Competition. By many aspects, it reminds me of the movie that made me discover the Korean cinema : Joint Security Area by Park Chan Wook. Relations between South Korea and North Korea are addressed with an approach that is resolutely humanist. Even if the film doesn’t reach the genius of his predecessor, it is effective, and if like me one is interested in the history of this country, it is even exciting and very moving. It may be a great movie, but it’s still a favorite !

In the evening, I went to see the daughters of The sun of the French director Eva Husson (scheduled for release on 21 November 2018). I don’t know if you could see reviews of the film, but overall, they are pretty virulent. If the scenario lacks a bit of balance and if I found the staging really any, I find them very hard. The film still has some qualities and is, failing to be subtle, rather effective in its approach to the topic. For those who have not heard, we can say that, in a certain way, it is “a film for women, by women and about women”. As we talk a lot on the proportion of women in the film industry, making films, or even in competition at Cannes (recall that 3 women out of 21 nominated this year), I wanted to see the proportion of women among the critics. And if we look at the first page of Google (search performed on may 14, 2018), the result is unequivocal : 8 critical by 8 men !!!! But where are the women ? The critics would be the same with a parity among the critics ?

If we look at the second page, you can find 7 reviews, 3 of which carried out by women. It is a little more balanced, and as chance would have it, the critiques are much more nuanced or even positive !! A real problem that the editors have to take into consideration, and if they do not, may be that the festival should make measurements at the level of the accreditations. And to say that a few hours earlier, the media and wrap with a rise of the market comprised of only women…

To finish this first week of the Festival, very intense, I’ve been to see three movies. For a start, the Three faces of Jafar Panahi (released 06 June 2018). A mise en abyme, quite an interesting director and his actress, who play their own roles in this film. Alas, the fatigue of the festival does not permit me to fully appreciate it. In the afternoon, I went to see the Die, Monster, Die, an argentinian horror movie full of promise. And if a lot of things, especially in terms of atmosphere, visual and symbolic, are very interesting in the film, I think that the last 20 minutes, much too explicit, are quite ridiculous and ruin everything…

To complete this first week, I had planned to make me an evening to “party” on one of the beaches of the Festival. But fatigue got the better of me. I have so struggled against sleep for several films that I felt the need to see something more lightweight. The projection of the film by Gilles Lellouche, The big bath , scheduled for release on October 24, 2018), thus fell to spike. Attention, I am not shouting to the general cinema movie, but The big bath is a popular film, successful, with very good actors, and things rare for this genre in France, a staging worked and encouraging.

My track record at the mid-way

For the moment, I’ve only seen 9 films over 21, but I’m already enjoying myself to establish a first prognosis on the Festival, more based on my personal preferences than actual trends.

Jury prize : to Please, to love and to run fast

As the rule requires, since 1992, a film may not obtain multiple prices (except the interpretation). We found 6 films on the 9 that I have been able to see in this first Chart, which will surely be very different in a few days. But that is already another story… 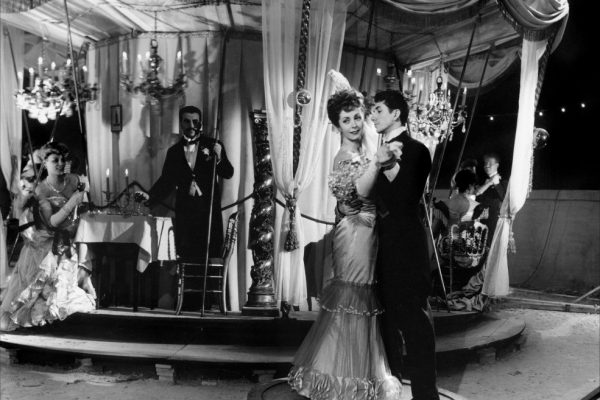