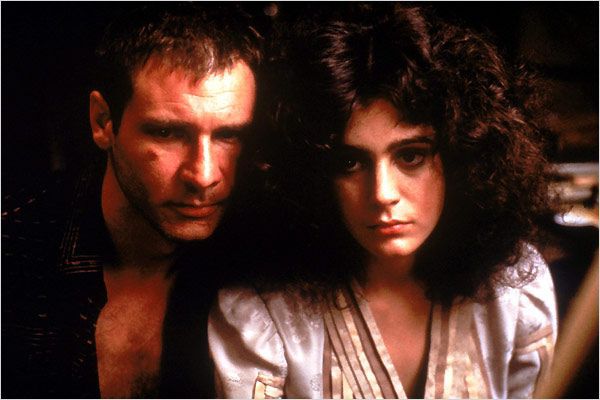 Waswhen it was finally retired detective Rick Deckard is reminded of the force in the police. It incorporates a special unit, that of the “blade runners”, whose mission is to unmask the répliquants mixing with the human population.

BLADE RUNNER has everything a modern movie and anticipation. A future (not so distant) fantasy. Of the fashion eccentric but not so strange as this. An “addition” colonized and idealized for the more fortunate. Flying cars. And robots so close to human that it is difficult to differentiate between the two men. All the basic ingredients of good science fiction films are there… And like in a great movie, Ridley Scott adds his seasoning secret to offer viewers great moments. An accurate staging and bold, the atmosphere dark and disturbing a night without moon, heroes of a different kind (here, film noir) symbolize the spice and enrich a genre that is sometimes too closed in on itself. But to force them to admire all the novelties and wonders produced by Ridley Scott we forget borrowing movies from its predecessors… And more particularly to one of them : the Metropolis of Fritz Lang. On closer look the similarities are many!

It all starts with this beautiful plan and bombastic on the company which are from the répliquants type Nexus 6. The company Tyrell Corporation… A temple of learning and knowledge. A temple that is strangely reminiscent of the tower of Babel… That of Johhan ” Joh ” Fredersen, the ruler almighty of the city of Metropolis. Very quickly the inspiration and references of Ridley Scott become evident. Little by little, the similarities between the two films of science fiction appear.

As Fritz Lang for Metropolis, american director chooses to build a city in a reduced format through the use of models to give life to his film’s futuristic. This method gives in both cases a certain cachet to the cities. Both striking realism, kitsch and private natural in their ” materials “, some great buildings abound in cities imaginaries inspired by constructions of past and future. It is impossible not to think of the temples of the incas to the businesses Tyrell Corporation and the building of Johhan Joh Fredersen. In both cases, these towering buildings are figures of except in cities where the “shallows” are invading the space. Based on a duality of space, the filmmakers reflect a phenomenon that is ancient and rooted in reality. In both cases, the “bottom” of the city became synonymous with poverty, misery and lawlessness. Drawing may be of the neighbourhoods of london’s east end from the end of the nineteenth century, Ridley Scott does not hesitate to pour out all kinds of mists, fumes and mists in the alleyways where thrive the traffic and the shops.

“With BLADE RUNNER, Ridley Scott demonstrates his ability to do the new with the old. A paradox for a science-fiction film.”

But where the comparison between the two films becomes disturbing it is about its leading female character. If Ridley Scott has managed to avoid the pitfall of the film “social” and naive with a hero masculine reconciling the “rich” and ” poor “, he endowed the character of Rachael references more subtle. If “Rachael” was something very near and yet very far away from the main female character of Fritz Lang. If in Metropolis the main female character takes on two forms : one human and angelic, the other android “demonic” designed by the inventor Rotwang from the traits of the heroine Maria, the case of Rachael is simplified. It is a replicating but a replicating but does not know it. As the android Maria, Rachael becomes the object of desire and fascination for the hero. It is she who pushes him to venture into the recesses of a universe where it is vulnerable. It is she who makes it vulnerable. But while the dual nature of the heroine of Fritz Lang’s save the hero, the nature of “simplified” of the heroine of Ridley Scott condemns. In fact, if Maria (the real one and not the android) the hero can guess the item of reconciliation between two worlds, that don’t know, Rachael (who is a robot) grows unintentionally Deckard at his loss. Finding more dark so for the film of Ridley Scott.

Such commonalities can only be the result of chance. And yet such references do not dishonour them in anything in the film of Ridley Scott. While drawing on an existing film some of the foundations, the director offers a point of view and a different look in appropriating a story ” original “. Moving away from a thematic pseudo-social and a denunciation of the class struggle, Ridley Scott focuses on his characters by providing them with a police story to become more than characters in science fiction. In abandoning the general concepts of classes and of society, he agrees on the concept of humanity and of the individual. A change in questioning may be more indicative of changes of our time.

Screenplay : Hampton Fancher, David Webb Peoples based on an idea by Philip K. Dick (an adaptation of the novel ” do androids dream of electric sheep ? “)

Synopsis : Deckard, a cop alcoholic in pre-retirement, is summoned to resume the service as a “Blade Runner” to stretch “Répliquants” absconding, concealed somewhere in a Los Angeles sentenced to a rainy night eternal. 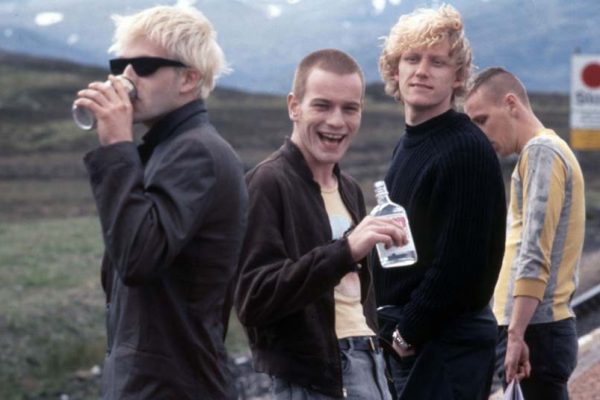