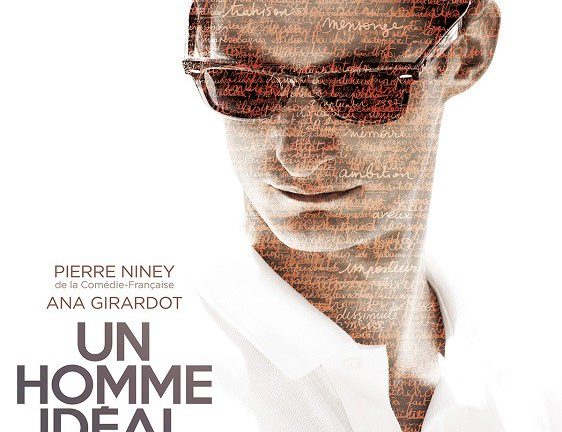 the something missing in the second film of Yann Gozlan. AN IDEAL MAN starts well though. The pace of the exhibition stands and we arrive without detours to the node of the history which, in a scenario where the main character is an impostor, is a good thing. Only, it seems that the spring dramatic situations is not enough and that conflicts sometimes fall into a justification of convenience, we’ll come back to.

Mathieu Vasseur is a young man, rather attractive, who dreams of becoming a writer. It suffers, like many young talents, returns unsuccessful publishing houses. Here lies the heart of his revolt : not being able to rework, do not know what is not going in his text, in its style and feel of the place. Mathieu provides for his family by working for a moving company. One day he comes to empty the apartment of a man who died without an heir, he discovers the diary, fighting the Algerian war. Mathieu transcribed the brilliant manuscript, and sign the record of his hand. The success and the heart of a young woman inaccessible are now within his reach. Actually, it is the cardboard.

Vasseur is an angry man. He demonstrates this when he farts a window of his home with his fist following a refusal of editing in defiance of the exorbitant prices of the glazier paris, and this, in the first minutes of the film. His aggressiveness prevents it in addition to think clearly throughout the film and anticipate future events. The scene, very short, where, for the first time, an editor called to incense and set an appointment-you witness effectively. Therefore, the Tartuffe is condemned to hide the theft, sinking more and more into deception and beyond.

Pierre Niney is a suitable choice even if it is hard to imagine in remover. Most importantly, it has the merit of serving his director. Gozlan delights to put us in tension with situations that are suspenseful classic but up to a certain point. Because it is in AN IDEAL MAN of inconsistencies playwriting, in particular :

SPOIL
the stage of packaging up a corpse in a plastic cover in the middle of the night in a house of the gentry – where to sleep three people – no alarms and no surveillance cameras, the output of the body through the window of the first floor in a boucan noticeable, its transport to the zodiac family without ruining the nice lawn, zodiac subsequently abandoned in the middle of the sea, as surprised by the coast guard, which obliges the poor Vasseur to go swimming

in short, no, we ended up not believing anymore. Or rather, one begins to believe that the writers thought that the conflict of Mathieu were malleable to thank you. The number of those increases in the second part, are almost immediately settled by the antics of the author and stacking them in cascades, prevent the film from finding breath enough. While, in AN IDEAL MAN, is a pretext : the war of Algeria, the scholarship partial to my girlfriend, Ana Girardot, the richness of the beautiful family, the wickedness of the wicked of the wicked and the punishment, disappointing, of perjury that it tries to make us take pity on them.

AN IDEAL MAN still managed to make us keep in mind that in life, it is better to render unto Caesar what is Caesar’s.

• Synopsis : Mathieu, 25 years, aspire has always been to become a renowned author. A dream that seems inaccessible because, despite all his efforts, he was never able to be edited. In the meantime, he earns his living working at his uncle who runs a moving company…
TRAILER