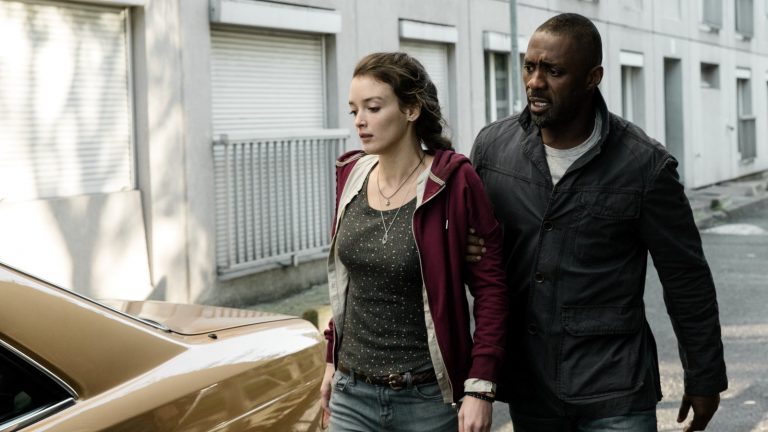 BASTILLE DAY arrives on our screens a few months after the attacks against the places of celebration not far from another iconic Paris that of the Republic. Two days after its release, a tragic bombing in Nice reactive dread that we took during the attacks on 13 November. With a synopsis recalling these events, what reaction has there been to this entertainment ?

The story : Sean Briar (Idris Elba), a CIA agent put in a closet in Paris after an incident in Iraq, stop the suspect of a bombing, Michael Mason, a pickpocket american lost in Paris.

The output context of BASTILLE DAY differs significantly from the one Made in France. The output of this last was scheduled just a few days after the terrorist attacks of November, however, the story was about, precisely, the radicalization of young French people and their transition to terrorism in a realistic style that was in resonance with the tragic events. The attack is Nice, as deadly as it is, comes to him two days after the release of BASTILLE DAY.

Terrorism in BASTILLE DAY is not the central subject, it is a starting point of the plot, which moves away then, allowing to receive both work as entertainment despite the context anxiety provoking, and as a reflection on what is involved in this climate of terror. If the track the terrorist after the attack is obviously followed by the protagonists, very quickly it leads to an organization that has its roots in the work of official institutions. A twist that, beyond the simple technical story, you can put the terrorists in the category of rogue.

This is the same change that had operated in his time McTiernan when he had been hired to stage Die Hard (Trap crystal). The famous building was to be attacked by terrorists, but McTiernan felt that this political dimension has prevented the public from having fun. He preferred, therefore, to make this identity a mask in which the burglars moved forward.

The scenario of the BASTILLE DAY takes over this mechanical. In the first quarter of an hour that ice of a feeling of dread surrounding the explosion itself, followed by a development in the investigation which leads quickly to the conclusion that “something is wrong”, before revealing the real identity of the so-called “terrorists.”

At this time, the film is clearly a qualitative leap in his remarks. In leading us on the false track of islamists in a context’s pre-election in favour of a far-right party (“any resemblance to reality is coincidental”), BASTILLE DAY queries clearly even the term “terrorist.” If it is well to speak of “terrorizing” the population, it is reasonable to ask who benefits from the crime. While never leaving the action dry conducted by Idris Elba, the story developed by BASTILLE DAY raises tensions between the State, security issues, political parties, the media, the police forces, the radical militant… and even Anonymous, which the parody is quite funny.

The film is particularly strong in France in the context following the repression of demonstrations against the Law Work, the mobilization, Night Stand, and the controversy around the thugs. It reminds us that the government was accused of “laissez faire” of these marginal groups to discredit the protest movement. False images and real conspiracies are the canvas of the scenario of the BASTILLE DAY , which happens to be a mirror to the unsettling of our current society, terrified at the first sense of the term, but perhaps not by those whom one believes.

BASTILLE DAY is not, therefore, Made in France. The question is not why religious nuts kill innocent people, but what we do with this obsession is safe once it settles in ? Has that give you all these powers exceptional ? As a result of the terrorist attack in Nice, the government has proposed to extend (again) the State of emergency, an Act accompanied by further restrictions of individual freedoms, the movie deals with exactly this climbing safe. Rather than being a stark reminder of the attack itself (such as Made in France), BASTILLE DAY in exploring the consequences on the democratic debate. Has its dimension of entertainment is added, therefore, a red thread reflective which makes it totally legitimate, even in the context of national mourning following the tragic attack on Nice.

“BASTILLE DAY is, therefore, an action film to the structure without much originality, but effective thanks to the topics raised and his ability to make us think while we fun. “

Put back-to-back, Made in France and BASTILLE DAY, also allow to understand the hiatus major between american cinema and the French cinema. After seeing BASTILLE DAY I realized in retrospect the obsession with the popular cinema of the French “reconstruction”, of the “true” or “likely.” The cinema of american entertainment from its side has long since evacuated the notion of realism in favour of a sublimation of the real. Beyond the mechanics of the story more effective, the american films tend more to the universalism that most of the entertainment films French, often prisoners of a particularism or from a concern of historical reconstruction.

About Made in France, I remember that Nicolas Boukhrief insisted on his research and personal info from the information and at the same time wanted to take his film to a “polard”, that is to say, the spectators recognize themselves more in the form of the kind that in the background of the film. Except that we will not see a film of entertainment that meets the codes of a genre to be placed nose-to-nose with the real, especially when it is as scary as terrorism. We are seeking very often in a genre film that it transcends our everyday experience, not the recurrence of the same.

If Made in France advance around an idea that eventually repeat, so tired (the youth disillusioned explains the radicalism), BASTILLE DAY is mean to his initial message the better to fool his audience. The result is that even if it is an action film, it invites us to reflect with him, rather than imposing a point of view, the so-called “truthful.” As well as many other popular films before (Die Hard in the head) you really get the feeling that the writers of BASTILLE DAY is a fun time to expound on their topic, taking the opposite view of what they were before you previously, about the model : thesis, antithesis, synthesis.

It is not for nothing that, in addition to-atlantic structure in three acts is almost worshipped. There is an affinity of souls between the development of the plot and the thematic reflection that accompanies it. In BASTILLE DAY , the characters evolve a little bit, but our view on the context of their action, to him, foreign exchange to the extent that it represents the overall picture.

The characters, if they are fairly functional, have a certain depth, although it takes more of the irony that any psychological analysis. The writers even fun to make a mockery of the concept of back story, and reaffirm the idea very american-a character is what he does, not what it says.

BASTILLE DAY is, therefore, an action film to the structure without much originality but effective thanks to the topics raised and his ability to make us think while we fun. If the outcome is expected and the twist final quite agreed, the film sets the way elements of political reflection that is wider than the simple and boring-dilemma-freedom vs. security. The last act is even the opportunity to a foot-of-nose jubilant with the French history, where our obsession of permanent Revolution eventually legitimise a return to the college conservative. In sum, let the people believe that he has changed things so that nothing changes.

At the level of form, the object film is also pleasing. The action still leads the film, which is of the order of the fights, or thefts of objects keys. We think with joy at the Pickpocket from Robert Bresson in which, in the end are the best scenes of the film in terms of pure achievement. James Watkins (previously of The Lady in black) recycle with intelligence references to movie-goers in these pellets tasty. The rest of the stage focuses on the games of the gaze and the tension created by the elements of the sets and props used wisely, in the image of a Mission Impossible : a Rogue Nation.

Contrary to what was said in one of the characters, Paris, in BASTILLE DAY, is not just the city of the red wine, the romance and the luxury. Concealers hiding in a grocery store to Beards, race-tracking in a covered market or a shoot-out in Saint-Ouen, the director avoids with accuracy the enumeration of postcards and gives them to see another side of the capital city eventually developed and before. Surprisingly few monuments iconisent the city (or at least it quickly passes over via an aerial view giving us more the impression to be in any city in the us of thriller). This aspect, as well as the intelligent use of French and English give a stamp conforming to this super-production in the casting AAA.

The change between the French and the English is always legitimized by the plot or the characters, it is a constraint that has been tamed during the writing process. The French has a substantial place and is not just a cosmetic detail chic. With a production completely bilingual and a Paris that feels as much the kébab that the Chanel n°5 it is said that BASTILLE DAY was putting more of an idea that paralyzes our producers. On this side of the Atlantic the public would be unable to read sub-titles, on the other hand any language other than English means a failure at the box-office. BASTILLE DAY shows that we can combine testosterone and neuron, not as much the fiasco announced.

The presence of a black actor in the title role, should also incite us to a little more courage in the distribution of hero roles. Last déboulonnage, labels actors in a comic/tragic. José Garcia is excellent in the boss of the DGSE, with a successful blend of the Colonel Landa (Christopher Waltz) and Tony Stark (Robert Downey, Jr.) ! Charlotte le Bon and José Garcia surprised by their perfect command of English (to the screen) and the accuracy of their game, despite some of the replicas a little touchy. The dialogues are indeed the weak point of the film, but integrates beautifully into the feeling overall.

With its borrowings cinéphilies discrete and by its replay very current themes classic, BASTILLE DAY goes beyond the entertainment of summer. Action movie of the recipe in an efficient and intelligent, BASTILLE DAY acquires within the limited framework of a thriller/action big casting, a supplement of soul through its reflection and its choice as “risky.” “Little more” that the passing of the generation “category Besson at a discount” to “entertainment relevant and ambitious.” 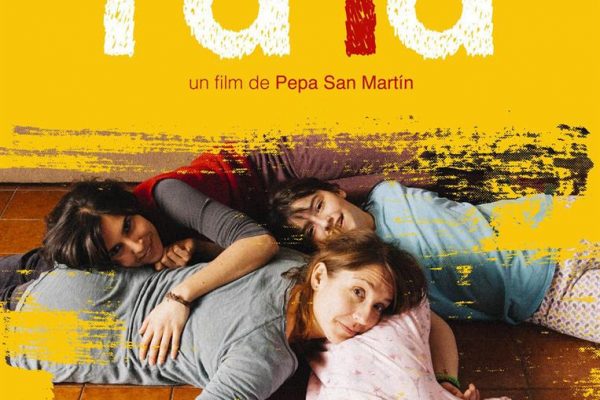 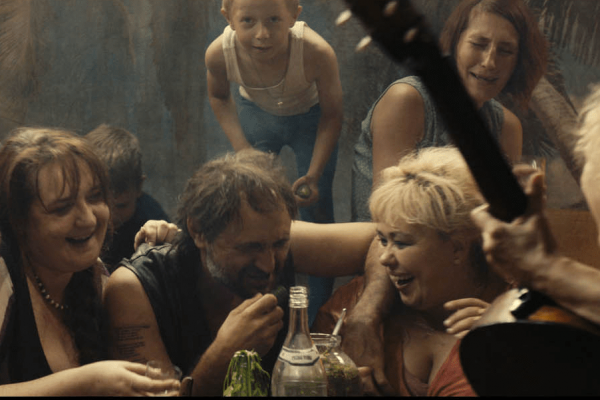 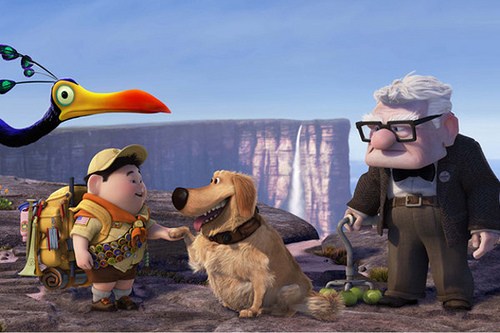