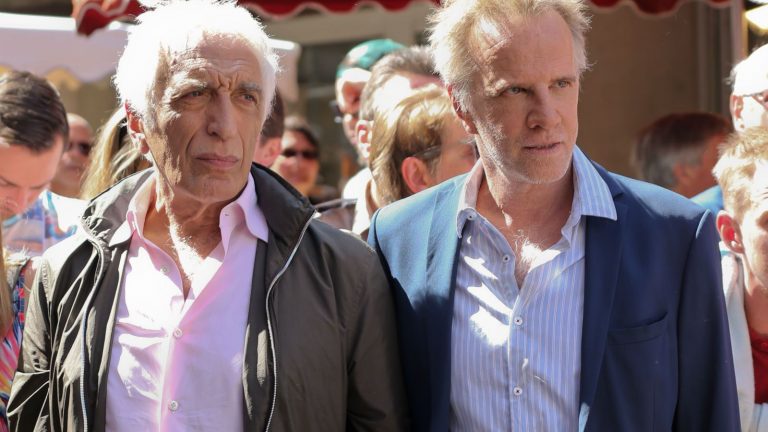 For his latest film, to Each his own life, Claude Lelouch not stingy with the number of characters, and musical scores.

The real-life, dating and love are the main inspirations of Claude Lelouch , and even if his films are not all successful, we love it also for it. To EACH HIS own LIFE is no exception to the rule, as it is the meeting with the lawyer Eric Dupond-Moretti , who triggered the idea of making a film. But a film about what ? With as sub-title,” and his profound conviction “, and justice as a backdrop, the director imagines the different personal stories of the protagonists of a trial. Regardless of what is charged to the person found to be, or even what will decide the jurors – it is not in 12 angry men by Sidney Lumet. It would be closer to The Ermine of Christian Vincent, since Claude Lelouch is interested in the character of the President of the Court of Assizes interpreted by… Eric Dupond-Moretti himself. The speech that he made him stand on the quest for the legal truth is thus, the small onions and, as usual from the director, borrowing from lessons of morality to both balls.

The problem is that one out of court and we’ll see you propelled into the lives insipid protagonists of the trial. All can be found in other places ; as in the hospital, as some are in pain or have had an accident, or in the premises of the police… But most of all, they are all walking around in the streets during the Jazz Festival of Beaune. It is the city in which the film was shot, and who also hosts ” The Workshops of the cinema “, founded by Claude Lelouch.

As if developing the frame of his dozen main characters weren’t enough, the director then proceeds to a thread more than unlikely of encounters without interest between the multiple secondary characters which it is impossible to attach. We look, but never hang them up, the whirlwind stunning of these moments presented as a crucial moment in their lives, which explains their lightning, their tears, their sufferings and their thinking. Jumble, it was a doctor that makes you laugh its patients (Jean-Marie Bigard), a nurse (Déborah François), the boyfriend of one, which, surprise, is also a member of the jury (Samuel Benchetrit), the artists of the troupe (Ramzy Bedia)… and Then two cops fans of Johnny Halliday : Jean Dujardin and Antoine Duléry, the latter being the twin brother of the mayor who is found … to the hospital ! The loop is closed, everything is in everything and vice versa !

Not only are these bridges and links between this hostel Spanish characters -responding clearly to a need for name-dropping – lose the viewer in the convolutions useless, but they fail to fill the empty space of the timeline. Just like the music, literally soûlante and which never stops, except when Johnny Halliday has dialogues to say. He sang with happiness in its own look-alike, which gives rise to several misunderstandings tasty. Fans of the singer will be thrilled, as his title All of the music that I love is filmed in its entirety (not far short of ten minutes long), and we often wonder if EVERYONE of HIS or her LIFE is not in the end a musical comedy. In effect, we have right to whole songs of Liane Foly (Eugenie) or Kendji Girac en concert, and some characters are talking, singing (Nadia Farès, we see far too little in the cinema, and Stéphane De Groodt, that we see a little too much).

Two other characters come out, however, is a lot : the lawyer alcoholic who finds himself on the bench of the accused, Christopher Lambert offers an interpretation that is particularly moving, the character of Beatrice Dalle, that it, book a nice rant about men, love, and prostitutes. But alas, yet alas, as cliché pathetic and fantasies in EACH of HIS LIFE ! Thus, you can not escape that of a client, the famous President of the Assize Court, lover of the prostitute, which is not without reminding us of the couple formed by the Commissioner Philippe Noiret with Simone in the saga Les Ripoux by Claude Zidi. And one wonders if Claude Lelouch wanted to get out a general message about police officers, the police or tax officials, or even judges that they are as corruptible, as humans ?

A few flashes and the pleasure of a reunion with the filmmaker of love are not sufficient, alas, to save EACH one HIS LIFE from a deep boredom, and a hell of a headache due to the chatter and the music.

[CRITICAL] EVERYONE OF HIS OR HER LIFE
• Original title : to Each his own life