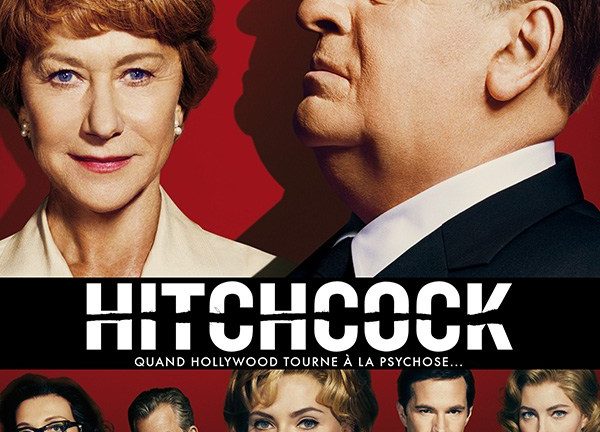 Alfred Hitchcock, director acknowledged and admired, nicknamed ” the master of suspense “, came at the peak of his career. In search of a new project to be risky and different, he is interested in the story of a serial killer. But all producers, censorship, friends, are trying to discourage. Accustomed to the obsessions of her husband, and his immoderate taste for actresses blondes, Alma, his faithful collaborator and wife, agrees to support it at the risk of losing everything. Together, they make every effort to complete the film with the most famous and the most controversial of the director : PSYCHO.

Those who know who Hitchcock (and who know a little about his life) and those who do not know anything at all, don’t worry, you’ll be at the same scale with this film. In fact, this movie tells us nothing at all about the famous film director, nor on the production of his cult film PSYCHOSIS. So you have to expect to spend a little more than 90 minutes of boredom horrific. The master of suspense turns into a good old pantouflard who has marital problems. This is what takes up the most space in the history of film : the relationship of Alfred Hitchcock with his wife Alma Reville (played by Helen Mirren). It follows, therefore, the discussion in love of the two characters through the fantasies of the one and the ras-le-bol of the other.

This film turns very fast so in a melodrama atypical, as you can see thousands going out on your screens each year. But what is worst, is that we understand that Alma Reville influence on her husband, but never were we told what it will do to switch this thing or that thing. The simple reason for this problem is that Gervasi and his screenwriter MacLaughlin have forgotten to treat the codes for the dramaturgy in their scenario. I do attarderais not to say that the middle is a huge hole of air foure-all and the outcome is totally unequal and without interest. It was a scene of exposure which defines evil in its purpose : it has an Alfred Hitchcock on the set of a movie and then went to the front-first. This exhibition implies that one must already know which is Hitchcock before coming to see the film. A scene of unnecessary exposure in the sense that it does not ad anything to the story to come. And yet, would it be that there is a concrete history.

Lack of narrative construction and a spark aesthetic. Sold as the underside of PSYCHOSIS but that just shows a grandpa.

The film has been sold as the under the movie PSYCHOSIS and you end up with a silly melodrama. A melodrama where, in the end, Scarlett Johansson and Jessica Biel are strictly useless. Already their appearances light up do not do anything to advance in the story, they just play with difficulty what is written in the scenario. Ever one has the impression of seeing actresses play actresses… There will be talk, of course, Anthony Hopkins. It gives the impression that interpret Hitchcock was an easy thing (evidence : no nomination at the academy awards or other ceremony). But it is fun to have a pillow under his suit, a make-up grotesque (which does not at all resemble the famous film-maker), a gesture-based mimicry unbearable and a voice that even Anne Roumanoff could reproduce.

Fortunately, there was Helen Mirren on making the film to save the day. It is she who carries all the disaster that is the film on his shoulders. It is a weight extremely heavy knowing that everything that needed to be said is that over. In fact, Sacha Gervasi also wants to speak to us about the battle between Hitchcock and the studios on the production and distribution of his new film. A film that makes a lot talked about and that will eventually be a huge success : there was the matter anyway. But no, this so-called battle financial will only be a maximum of 20 minutes in the film.

In addition, there is the revival of Hollywood at the time. The set design is very neat but it will be nothing to the story. For example, we will talk about more in the film the house on the beach that the studio filming of PSYCHOSIS. It is unfortunate to see that. But the pace of the film will fill a little all this disaster. The set design is also well-suited to a side that is a little voyeur in the history. This idea agrees with the one of the qualities of Hitchcock is a great artist compared to the formality of a film (as a result of this dispute over the phone to place the camera in diving).