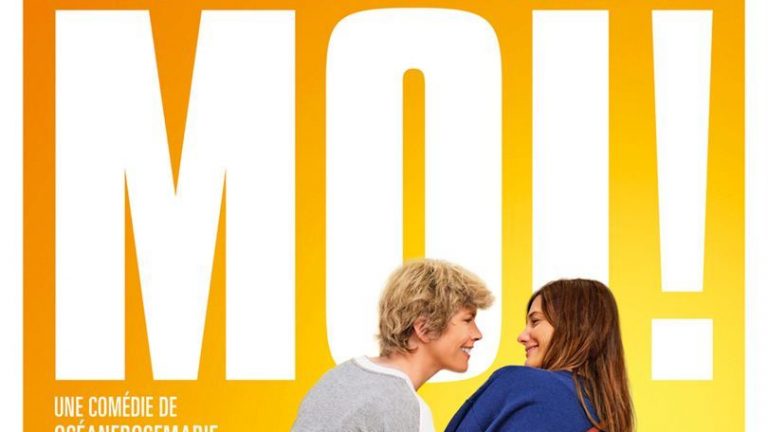 Romantic comedy classic, Kiss me ! stands out for its impeccable and resolutely modern gay characters.

Imagine a man wanting to find love, but unfortunately a little too much surrounded by his ex girlfriends. Let’s imagine then that it makes the meeting of the lovely Cecilia and that, having fallen madly in love with her, he decides to do everything to seduce her. This story could be that of any romantic comedy american, English or French. Except that in KISS ME !, the man in question is a woman. It is called Océanerosemarie, with the same name as his interpreter, who also wrote and directed the film with Cyprien Vial. And it is in the interest of the film, which is constructed as a romantic comedy classic. With two lesbian characters, therefore, addressed in the same way that characters are heterosexual. An important element, because, even today, the representation of homosexuality in cinema is often done in a purpose of social discourse and societal. Legitimate, certainly, but that then prevents to consider really homosexuality the same as heterosexuality.

How the film and the series represent homosexuality on screen

With KISS ME !, it could, therefore, include two men, two women, or a man and a woman, there would be no change in concrete terms nothing to the story presented. It is all the more interesting thatOcéanerosemarie has opted for a romantic comedy, the kind perfect to evoke the love, regardless of differences (as Love Actually continues to be an example). First time of Noémie Saglio and Maxime Govare had hinted at this possibility, before sinking into a moral more than questionable – or how a gay person could become straight if he slept with a woman. For its part, KISS ME ! check mark the perfection of all the codes of the genre. After an impromptu meeting, and at the insistence of Océanerosemarie, Cécile will eventually get tired charm. Of course, the omnipresence of many of the former, and an attitude not impeccable Océanerosemarie bring a little water in the gas. But as so often in these films of the genre, love manages to triumph. Thus, failing to be a romantic comedy, very original, and not impeccable a few flaws, EMBRACE ME ! there is no less pleasant. Letting himself be carried by his two actresses (fun Océanerosemarie and Alice Pol has very fair), it allows then to consider other representations of homosexuality in French cinema (and elsewhere). Because after all, Love is all around !