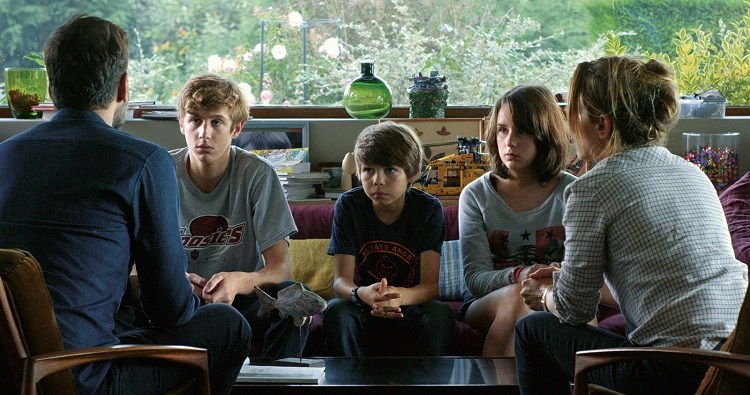 Ce DAD OR MOM, with The Family Ram, released 1 and a half months earlier, are two comedies popular particularly successful, and doomed to a runaway success… Would this be a form of renaissance of the French cinema ?

We, one sees above all a redefinition of the codes of identification of the spectator with the characters, allied to a mastery of story-telling to the american, that is to say, marked by empathy, the incident and the situation, more than by the words or the performance.

MOM OR DAD examines, therefore, how a couple on the verge of divorce consider parental care… As the worst of the horrors.

The tone gritty and nasty on the pitch is reflected immediately in the film. It begins with a mise-en-situation summing up not only the stakes of the film, but the obsessions of the characters, what motivates them. The battle initial between Florence and Vincent (still not dad and mom) is a battle sometimes very violent, or all the low blows are allowed… But where the purpose is to save what remains common. Only hope for this is : cling to a youth that is increasingly evanescent, threatened by the austerity, the career and responsibilities.

This summary is also the only time or the mise-en-scene will be, will be singular. This first battle is a mind-blowing plan-sequence, or the camera continues literally our two characters. A mise en abîme occurs, placing the camera/viewer in an intense conflict, which in the end will serve as a catharsis to these two characters. An ultra-consistent presentation, typical of movies successful.

After the program confirms the intensity first. Not necessarily in the mise-en-scene, but by the pace, the humor and the interpretation.

The most brilliant, and which ensures the rhythm (ultra-high) of the film, that is to transform each element story in the real challenge of the film.

how to explain, and then announce the divorce, how disgusting children, how to regain self-esteem, on the other, how to combine personal desires and selflessness… Each scene is as well the place of a real test KohLantienne or he must give EVERYTHING to either win or get out alive.

The exaggeration that pays, and that it exacerbates every moment, and can achieve several limits, to disturb the viewer. In humour, but also in the moral, in the excess applied to each situation.

The marriage of Dad and Mum being from the outset, presented as complete, it is time for them to think about something other than their kids… Them by example. And it is this selfishness a sudden the “engine” of the humor of the film.

“The replay of a generation of the War of the Roses VS Kramer against Kramer, with Marina Foïs and Laurent Lafitte perfect”

Why would you let escape, the hope of independence ? no. NO ! Of or war (of the Roses). A war taking like a game of Ping-Pong or the wickedness/meanness would be the bullet to send the strongest possible; establishing a dialogue at the basis of pain, of screams, and or the perspective of the distance highlights the intensity of ridicule to such an exchange. Awesome.

The success of the film rests inevitably on interpreters capable of composing characters found at the exact middle between these various components. If Marina Foïs excels without surprise ( Robins Timber to Polisse, by way I not feel beautiful , or Darling, mama Florence is a character-sum)… Laurent Lafitte, himself, confirms this with Dad Vincent his comic talent seen in 16 years or so.

Both of them have this level of precision of game creating instant empathy, alchemy and balance, assimilating the viewer into the game of “which I prefer?”, “that I hate the most?”. A balance that is reinforced by the zaniness of the situations caused by each of the two parties !

The identification, it is at all public. DAD OR MOM is both a fantasy of the child to imagine his parents acting like kids, and then a fantasy of the adult in which we can finally afford to hate children (also quite weak, even if it is funny enough)

DAD OR MOM has become a reflection by humour, and exacerbation of dysfunction of the most basic of our society, such as the lack of love, or individualism. The divorce being both a cause and a consequence.

The most damaging is that this is cinema; the notion of rhythm at all costs discussed earlier requires one side bigger than life in the film, which makes some situations are too big, too limits, and breaks a bit the immersion.

In the end, DAD OR MOM can be seen as a replay of the War of The Roses or the issue would not be unique but multiple, and corresponding to subjects of society, generational. Result is a film at high rate and sense of humor is related to 90% correct, thanks to the actors controlling the balance between comedy and drama to perfection.

• Synopsis : Florence and Vincent Leroy have all succeeded. Their professions, their marriage, their children. And today, it is their divorce they want to succeed. But when they receive simultaneously the promotion they have always dreamed of, their married life turns into a nightmare. Therefore, most of the district, the ex-husband in the templates to declare war : and they will DO everything to NOT have custody of the children. 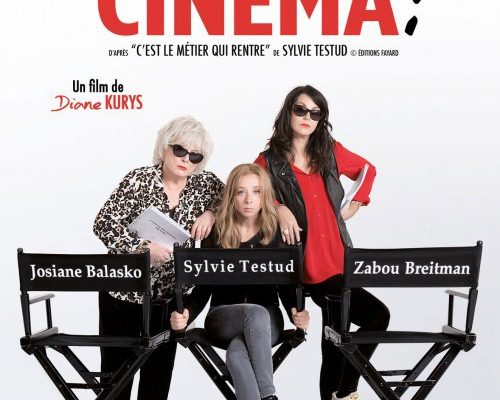 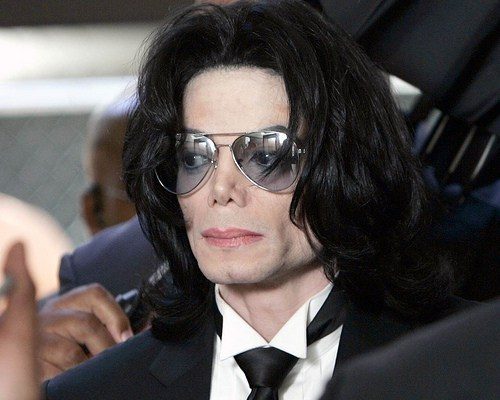 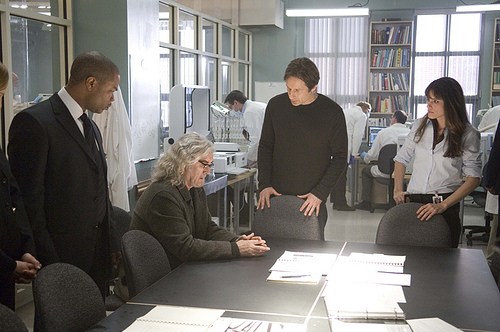