Pfirst film of the official selection of the Champs-Elysées Film Festival, SUN BELT EXPRESS is coming back with gusto on the flow of illegal migrants mexicans towards the United States and on the lives of those who allow them to cross this border, similar to many of a wall. And for her first feature film, it goes without saying that the producer Evan Buxbaum, was able to do the things as he had. After 4 years of work, it book a work far from any moral, realistic, and fresh. A success

By choosing Tate Donovan (ARGO) to interpret Allen, an American, clueless and broke, who teaches in Mexico and crossed the border to illegal immigrants, the film’s producers have made a wise choice. In ARGO, the actor embodied perfectly the lost guy of the band but we are softened by time. This was already the case in series such as NEWPORT BEACH or DAMAGES. Absolutely paradoxical, the actor blends perfectly into this character who is neither nice nor bad, neither clever nor stupid. This Allen who tries as he can to get out of his galleys, but he ends up constantly in situations that are even more improbable. To such A point that the two days that the film portrays end up looking like a huge joke, a bad dream from which we would like to make it out. A bit long at relaxation, but full of good will, the main character (like the actor I hear you say) captivate and make us hope for a happy end.

Tricky subject, immigration is here treated as rather original. Without ever taking part, the writer Evan Buxbaum again, has made the choice to show both sides of this issue. Thus, there is a part in the willingness of migrants to cross the border to reach their eldorado. And on the other hand, the ex-wife of Allen, a senator, a republican, wants to regulate this immigration in connection with his own convictions. If it’s easy to understand his intentions, he must admit that she is so hysterical that it’s hard to take it seriously. And this is not the fault of Rachael Harris (VERY BAD TRIP), which perfectly embodies. The back-and-forth points of view do not disturb and allow to have a global vision of this “problem”. While the developer would have been able to make SUN BELT EXPRESS a movie very seriously, it is finally with a lot of humor that you eventually realize that the daily life of the one who drives the car is ultimately more sad than that of those lying in the trunk of his car.

“A very good feel-good movie, that makes you laugh and think.”

Culture shock requires, SUN BELT EXPRESS is allowed to go to a few jokes racial that hit the mark, that we enjoy and that we retain. By showing that not everything can be perfect, even when trying to help some, the film portrays quite well the duality between each to be human : what it shows for the others and the part of him that he is trying to preserve. And, in particular, in the policies ! An idea, directed by Margaret King, the ex-wife of Allen, whose private life swear with his public figure. If the music of SUN BELT EXPRESS will not make you dance all summer, the irony of which are filled with dialogues as well as the recurrence of scenes of the funny should make you giggle multiple times. Not to mention the desert landscapes worthy of the best filters on Instagram. Finally, despite a denouement a little excessive for my taste, SUN BELT EXPRESS is a very good feel-good movie that makes you think and laugh, often both at the same time.

• Synopsis : kicked out for having plagiarised the work of a student, Allen has almost hit bottom. To pay his ex-wife, made the shuttle up to the mexican border with immigrants in the trunk of his car. But his life becomes complicated when his girlfriend, mexican, becomes pregnant and her daughter landed in his vehicle during a race illegal. 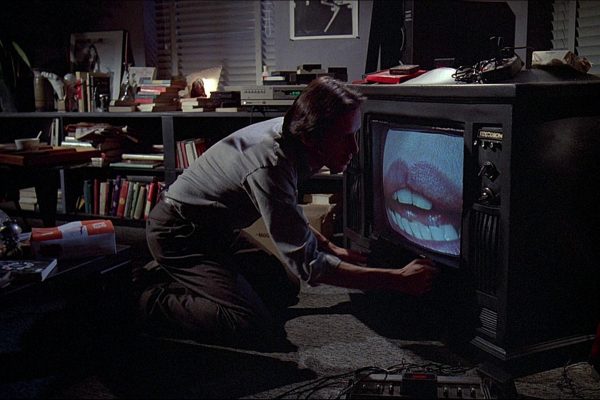