For a scientific study of human behavior, a scientific encloses twenty volunteers in a prison environment. Among them, the “guards” and “prisoners”. But the situation is deteriorating. The experience exceeded anything that was expected.

It is always interesting to see the mania almost typically american in the sense of taking up a film from another country, or his country, himself, had managed to move the crowds its time to redo it again. So if this process bears fruit (one can think of the excellent True Lies who is none other than the remake of the French film The Total or the remake ofAlexandre Aja about The hills Have Eyes) in most cases the result is closer to the disaster than anything else. The trials are multiplied, and the mess is out that more growing each time : Let Me, The Fog of war, Bad Lieutenant, Rollerball, Psycho, etc are all remakes bland without any flavors that should never see the light of day. And yet they have done well in spite of us. The Experiment did not escape this desire to do something new with the old since it is no other than the fitness of the German film d’Oliver Hirschbiegel. At the end of the session, the result he confirms our worst fears about this umpteenth remake ? I’m afraid.

Not that The Experiment is a bad movie (the worst of it is that it will entertain probably without too much trouble the people who have not seen the original) but he suffers from this americanization in two under which standardizes a maximum of one movie instead of him to provide a feeling of exception. Where the first of the name we used as a psychological drama of intense intellectually with a challenge to our Humanity and our ability and live together, but also physically through the sensation tenacious lock-in with a minimal typing, this remake leaves out the psychological aspect (aspect is the most interesting) to keep only the spectacular side of the experience in question. Thus, sequences muscled fit with the disdain the most total and one has more the impression that the director Paul Scheuring did just that to complete without conviction a specification well skinny for the shot.

What is left to save them from the trash ? Not a great thing if it is not the delivery of some of the personalities present in this film. If the directions that will take the protagonists of this game to human size, are no doubts from the beginning of the story (we know easily that will become the prey and who is going to become a hunter), some of the players we put full eyes to begin with an excellentissime Forest Whitaker , who alone gets to save the film from drowning. His diction is amazing, his charisma is palpable in every shot, his madness contagious, in short, it captivates the spectator, arriving without force to comb the pole, its partners are forced to make do with following it from very far away. Even Adrien Brody, in spite of a physical involvement interesting, which proves to us once again after the disappointing Predators that the player begins more and more to play his physical, will not be able to stick to the train in particular because of its too many sentences boats coming from the discredit of his character. Thus, these benefits, as good as they are, will not be able to make us forget the too many of the shortcomings of this film.

In the end, The Experiment is to advise those who have not seen the original to get a neutral opinion and those having the sudden urge to do harm in looking a mess which we would have liked. 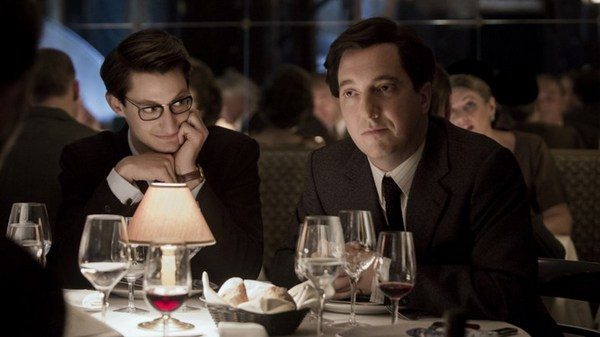