Paul Lacoste likes to shoot land and those who inhabit them. At the turn of the campaigns, he moves the cameras to capture the ties that bind men to their environment. For a long time, he crossed the Aubrac to the discovery of the family Arms, restorer of the father to the son, and has in particular drawn Between the Arms : The kitchen in the inheritance, released in 2012. Four years later, the documentary filmmaker French left the world of haute cuisine to a world that is surely more down-to-earth and less fantastical. In his new film the HARVEST, he swapped the cutlery against a pair of boots and takes us to the sons of the rows of vines to meet those who are doing the work of the harvest of the grapes. Under the sky, uncertain of the fall, Paul Lacoste stroll through the gang of pickers in the area of Bernard Plageoles, Gaillac, in the Tarn. It takes the party is taken not to build a speech and not to prepare a frame policy, leaves to make the movie quite monotonous, simple, kaleidoscope of thoughts. The intensity and anger have no place, and only the lightness and uncertainty seem to dominate. In spite of all and above all, HARVEST has the courage to highlight, at the local scale, the portrait of an entire society, sweeping a horizon ranging from retirees to laid-off, students at the boss’s son. No voice over, it leaves the protagonists of his film is to tell the thread of exchanges and silences. Between battles with bunches of grapes, meal based, and discussions facing the camera, the HARVEST takes the time to show the diversity of the insecurity, the loneliness and emptiness that haunts the future.

Documentaries on agriculture, especially viticulture, are today commonplace. Highlighting the cultures, sustainable or decrying the effects of pesticides, many of them appear as advocacy, health, and environmentalists. Paul Lacoste chooses not to follow this path,and prefers to take the furrows of the human race, is equally necessary. Here, although the domaine Plageoles produces wines that are ” natural “, it is a question of people far more than vineyards. Human landscape on the background of the agricultural landscape. The cameras capture all the repetitive actions and manual labour wine that faces, lost looks on their faces and bursts of laughter. The documentary filmmaker sculpts his film in a matter of blending the difficulty of hard work and optimism to be there, to work. Also, HARVEST is a mix between the moments shared in the vine and individual interviews conducted with some of the workers. What is most striking in the film, is the vertigo that exists between the camaraderie of the team and the individual concerns captured in the reflection. Between freedom and precarity, good jokes and thoughts tenderly philosophical abound but eventually smash against the wall of a world where the future has lost all insurance. Without much structure, without really announce his purpose, if not the season goes, the HARVEST appears more dramatic than it looks. Surely, the sequence the most striking is the one showing these pickers staring, a gaze without hope, the kindergarten class came to visit on the vineyard. Despite the good atmosphere reigning at the time, fate seems to have taken definitely the top.

“The HARVEST takes the time to show the diversity of the insecurity, the loneliness and emptiness that haunts the future.”

Paul Lacoste provides a genuine x-ray of the precariousness that today no longer comes from bordering countries but much of the interior of the country. By capturing the discussions to be harmless for the time of a coffee break, the film examines all points of view, and the gaps between them : of this pair of seasonal for which to do the harvest is a choice this young man has so much evil to say what he wants for his future ; of the woman for whom the vineyard is sad to the licensed plant which has experienced the renaissance in nature. And this is from a debate on the usefulness of trade unionism in France the film shows the extent of the facets, thoughts, and causes of the distress, whether it be financial or emotional. Then, the fellowship will have difficulties to transform themselves into solidarity and HARVEST raises the good question of the ability to build strong relationships in the adventure, in spite of everything, is just a job, a means to a salary. The cameras that are filming the landscapes, the villages asleep, and the interiors in a mess, reveal what is rurality. The one that dark in the death agony. The one who knows the abandonment policy. Between happiness of being together in the nature and loss of reference points, the film is a mirror of a society where human beings struggle, wonder and even laugh. Through the soft clash of generations, ideals and observations, Paul Lacoste demonstrates with simplicity what is live, what is survive and that is to create the link, even if only temporary. 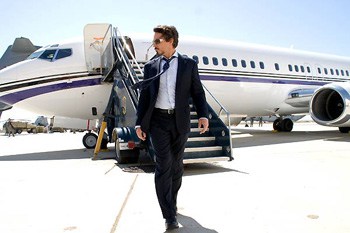