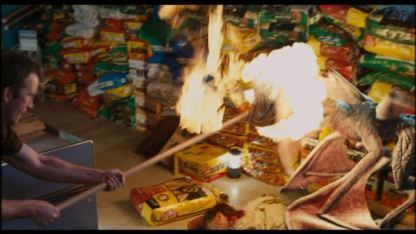 While a mist strange seems to wrap a small town in Maine, David Drayton and his young son Billy find themselves trapped in a supermarket, in the company of other inhabitants terrorized. David does not take long to realize that the fog is populated by disturbing creatures…

Their only chance at all to get out is to unite. But is this possible when one understands the nature of a man ? While some give in to panic, David wonders what is scarier : the monsters that lurk in the mist, or his fellow refugees in the supermarket ?

The strong point of Darabont is to result in a film that wants to be ” realistic “, then all of a sudden to bring forth the fantastic and horror in everyday life. Darabont distills perfectly the suspense surrounding the mysterious fog invading a small town in Maine, limiting its scope to a supermarket for ¾ of the film: the fact behind closed doors, allowing the paranoia to invade the characters of the film and to “trap” the viewer into the plot.

The psychology of the characters is well-documented: in particular that of David Drayton (Thomas Jane, grandiose), a personality rather erased and becomes a true leader in the face of adversity performing real acts of bravery or even totally desperate. The actor takes us through a whole range of emotions and allows us to have a real immersion in the film.

The character of Mrs. Carmody (Marcia Gay Harden) is his nemesis : it-also a character that withdrawal becomes a leader sharpening the paranoia of the other protagonists in making apocalyptic predictions and his status as a leader a “dictator” gives him the right of life or death over the other protagonists. Mrs. Carmody is a domestic threat that is increasingly gaining ground among the survivors. The power of his aura is such that the various creatures , killing without pity for the survivors, save funnily enough, this strengthens his discourse on the divine vengeance.

The special effects of The Mist featuring the creatures are quite impressive. The creature sprawling to the beginning, to giant insects, to the “pterodactyls” hungry for fresh flesh to spiders cracheuses acid : everything bestiary contributes to the atmosphere of horror in the film we are projecting towards an end of the world apocalyptic. The creatures are admittedly imperfect but they are less effective and fully contribute to the success of The Mist.

Adapt Stephen King is not an easy task, as the universe of the author is rich and complicated to put in images. Fort is clear that after two successful forays into the genre (The shawshank redemption and The Green Line), Frank Darabont has once again risen to the challenge brilliantly. The Mist, while being faithful to the original, detaches to deliver us a final good more upsetting and cruelly pessimistic than the original (and any person who has read King knows that the guy is not very customary Happy End !).

The Mist, in addition to being an excellent adaptation of Stephen Kingis a great horror film in which the final traumatic can not leave anyone indifferent. A real good surprise that restoring the fortunes of the adaptations of the “master” is often missed. 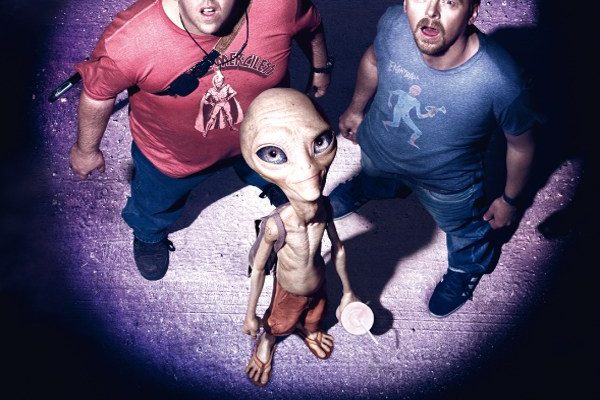