Lack of bias, both in the intention than in the accomplishment, Farrugia, book a wave of comedy without pizzazz or flavor that just, frankly, to take away.

For his seventh feature-length film UNDER THE SAME ROOF, Dominique Farrugia meets Louise Bourgoin and Gilles Lellouche to interpret Delphine and Yvan, a couple in a divorce forced to continue to live together for financial reasons. Instantly we think of the very sympathetic feature film of the director, Delphine 1 – Yvan 0. But unfortunately for those who had been conquered by the latter, the comparison stops at the first names of the protagonists…

Might as well say it at the outset, the only strong point of UNDER THE SAME ROOF lies in the effective choice of the casting. Whether it be the couple or the family (children and mother-in-law), it is undeniable that the everything works perfectly. It is true that the psychology of the characters is not very developed, but the actors and their enthusiasm an energy that is convincing and manage to create interactions between them perfectly realistic. Where Dominique Farrugia was smart and saves his film is that the star of the film is Gilles Lellouche, officially labelled “object of fantasies” in the recent Rock ‘ n ‘ Roll of his friend Guillaume Canet. UNDER THE SAME ROOF is therefore bound to delight its fans even beyond their expectations as there is only him in all its glory, using and abusing of his charm, until that famous scene where he is revealed in the most simple device under the gaze aghast mother-in-law. It is only the charm or warmth that it exudes which make it possible to experience a little empathy for a character that does nothing for them, as it is soft and inactive.

“Neither really funny, nor poignant, Under the same roof is not of any interest” Click To Tweet

The casting thus offered a foundation rather solid in the film (if it is not the choice of Manu Payet , who always sings the same type of characters, to the point that it becomes really boring), but it is on the bottom as the bottom hurts. For once, the director has remained too timid in its choice and does not give the impression of his personality at any moment of the movie. This absence of choice ( as to the registry in particular) divest him of any interest. UNDER THE SAME ROOF deals yet a rich society to operate. Dominique Farrugia is being inspired by an article in Liberation explaining that 60% of divorced couples parisians were forced to live under the same roof because of a lack of money. Unfortunately, it is not in the drama or the psychological analysis – as had been treated by Joachim Lafosse , in The economy of the couple – or in the frank comedy trash or slapstick as one might expect. On the contrary, and very boring, the film remains a kind of no man’s land completely useless, since no emotion or reaction is aroused in the viewer (apart from a few rare smiles).

To get stuck between two chairs without going there, frankly, in one way or the other, Dominique Farrugia, delivers to us a film disappointing for the shallowness that it induces in the writing as well as in the pace. UNDER THE SAME ROOF, without being distracting, does not have not the merit of offering something other than a basic analysis of the phenomenon of society, but it’s still enjoyable, at times, to wander the aisles with flowers or between the charming houses of this district of the 18th arrondissement of Paris, through a sun and an atmosphere enveloping. A pity that its director had therefore contented himself with addressing each stage (including the settlement of accounts with friends) in a way that is too superficial, as in ” pushing the slider “, there was undoubtedly material to touch the spectator in different ways. 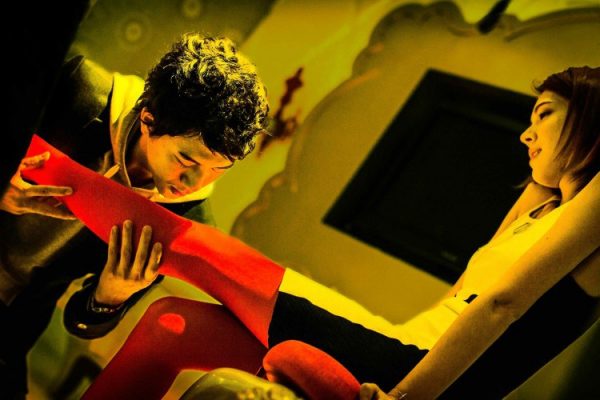