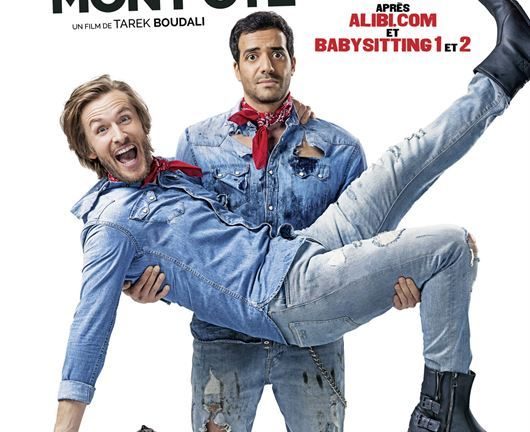 The Band Fifi comes back to us with the same energy and desire to make people laugh, Tarek Boudali is allowing here to move behind the camera, through a subject which deserved less from stupidity and more subtle.

It is works where the viewer would be led to question, at the same time of his viewing, his presence in the film room, in the midst of this collective of anonymous and this crowd is hilarious, reminiscent of a certain main work of the silent cinema. A question arising prior to any alteration of his personal expectations, including the simple urge of squealing would be transformed into a heady annoyance.

A major problem insofar as the very principle of a comedy is to get us to forget our reality by the laughter. Therefore, why a viewer would be less susceptible than another to this or that attempt at comedy ? Surely a matter of subjectivity, but leading in the end to revive the eternal debate around the ” Can one laugh at everything ? “especially when it comes to dealing with topics in the news slippery. A process is often cost-effective, since the interest lies in this detachment cartoonish and voluntary, the reality, as an attempt to reverse attitudes by emphasizing to excess the behaviour of the absurd of the society.

But in this process of defusing and softening of spirits, some films converge weakly to ignite again the public opinion.

As every year, the controversy regenerates, whether it be film processing, with more or less success, the everyday racism and the social integration (as That is what we did to God ? or Has Open Arms), up to works of a more radical, such as Sausage Party , addressing metaphorically the conflict of religions and the need to live together, all under a layer of indecency provocative.

But the real difficulty is not so much of wanting to make a mockery of the news, should you succeed to find the angle of attack proper, and a certain harmony between the moral respect and the cartoon. An objective often put aside by the recent productions in favour of a logic of impertinence and stupidity assumed (even if it was not necessary for us to impose it).

WIFE ME MY FRIEND would be as well to pursue this not insolence with a mind relatively festive and casual around the topic of a gay marriage is arranged and fake, with this desire to create a positive ” comics for all “.

“And humor as an outlet, saw the imposing image of the execution of the humor.”

In this approach, hetero-normed homosexuality, the film would become almost a sort of remake to the French When Chuck Met Larry, drowning in an ocean of vulgarity, attempting in vain to pass the continuous broken record of the message on tolerance. Or how to pass the laugh uninhibited and generous to this decrescendo comic where each attempt to provoke a wide and high opening of the mouth would transform into heavy exhalations and the irrepressible urge to finish the session at home, to the shelter of the offensive stereotypical portrayal of this cinema of ” gender “.

Because even having the willingness to take this farce under the angle of the pretense and excess, it appears clearly thatWIFE ME MY FRIEND draws less in the comic genius of Billy Wilder in the heaviness of a generation of a Cyril Hanouna, the sad reflection of an era that has lost all sense of uniqueness and subtlety. And humor as an outlet, saw the imposing image of the execution of the humor.

As if the 120 stupid things per minute, Tarek Boudali had led it to elevate the photographs to his discomfort the more doubtful, for that of this love in silence shake the homo-nullitus. Try and fail ultimately to make this comedy backbone where the logic of anti-establishment and disruptive if évertuerait to flood in on a cohesive popular (like the recent co-Exist of Fabrice Eboué).

Do not stay here as a vaudeville without questioning or decline, the only purpose of which would be the importance of the pace and enormity, for better but mostly for worse. It makes you wonder if the story is not in the end an excuse for The Band to Dewey, to ratify this steadfast friendship and lasting between the supporters of the strong laugh.

“The film can not be assessed as a simple distraction of the people,”

In sum, a work that reverses the position of dominant / dominated the group of humorists, to the extent that Tarek Boudali fact of Philippe Lacheau his object of experimentation, both in the literal sense than the figurative. All this to reproduce the exact same recipe of Babysitting and Alibi.com without renew ingredients, while knowing full well that the film can not be assessed as a simple distraction popular.

And even if the set is not without causing a few smiles (especially this sequence choreographed on the “Last Dance ” of Donna Summer), the grotesque of the game to players on the edge of inexistence, and the stodgy allusions to the commonplaces gay ( Brokeback Mountain to sex toys) sink the film into awkwardness unanimous.

There would have been a genuine interest to deepen the reflection around the acceptance or non-acceptance of homosexuality in countries in the Middle East and the Maghreb, where these social questioning are the object of violent taboos and traditions remain inalienable. In this case, the comedy may appear as a means perfectly adapted to perform a consciousness vis-à-vis the radical nature of the archaic of the situation while delivering an anthem to be yourself in a standardized world ; as well as the model of a I Love You Phillip Morris is referring to the difference through an identity crisis.

Because what good is making a discrimination, almost daily, a work that would strengthen even more the vision of the grotesque and the ultimate of the “general public” of this community ? Has this futile human comedy, only the simplicity and accuracy of your would have had to be put in the perspective to convey a figure bright and bold, raising these marginal at this level of equality that it should exist.

WIFE-ME to MY BUDDY is registered yet in the perfect continuity of the projects undertaken by the Band to Fifi, but bogged down in the poor exploitation of its subject matter. Preferring the heaviness to the sophisticated, the laughter would highlight the unusual reality of an exaggeration for the cancellation of any cliché, if only every situation was not conducive to the strengthening. Not without exhuming the dismal failure of the They are everywhere d’Yvan Attal, and wanting to get us out of this cages to the crazy that is the life to finally, increase the penalty to the output, this work could represent the sadness of this “succession” of the French cinema, where the comic genius disappears gradually in the balourdise and the grivoiserie.

Beaumarchais would have even been able to establish a temperament at its formula by affirming that the state of these findings, it would be de rigueur to hasten cry instead of laugh. And those mocking the superficial, the film would, no doubt, gathering a flock of curious and to play on their cheekbones. A bit like a costume sadomasochistic that the viewer would consciously wear. Very last time…

[CRITICAL] WIFE ME MY FRIEND
• Original title : Marry Me My Friend 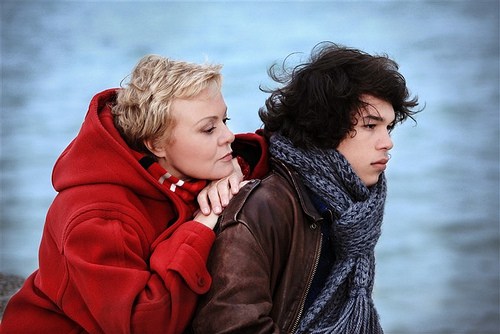