In the previous folder Escape Impossible, we observed that some of the characters could be aware of their character fictional. Are expanding the fields of study and review the different manifestations and uses of the artificial to the film.

We will treat it in three parts :

– The SCREEN IS A MASK STITCHED INTO THE NARRATIVE

– AWARENESS OF The ARTIFICIALITY

– The ARTIFICIAL, THE REAL, THE CINEMA

The fiction is definitely the shape of a lie the most fertile that civilization has created. Where a word plays the traitors, where a false-semblant monopolizes the attention, a hundred truths can flush and start slowly but surely their way to our consciousness. Instead of a fixed point around which move our own opinions, the stories offered by the cinema are to consider them as independent systems to our reality, gaining each time more complexity and polyphony as deploy their joints, their reliefs, and their twists and turns.

There is also strong evidence, at first sight, that moves and speaks to us in the person of the story. A being who by his mere presence can lay claim to a truth, that when established and shared by the circles of the eyes of the public, demonstrates the existence of tangible and fully this be. Once past this sleight-of-recursive, where the origin is confused with the objective and where the state in fact is justified by the dynamics, it is important to return to some formal aspects, aesthetics as narrative, which express a part of artificiality uninhibited in some universe represented on the big screen, and sometimes even in the internal workings of a story.

The SCREEN IS A MASK STITCHED INTO THE NARRATIVE

The feeling of the artificial in a film varies according to the perception and sensitivity of each viewer. The artificiality appears to us according to the various parameters in the representation of a particular subject, such as a universe in its entirety. They may also miss details and leave an impression of inconsistency, as they can exhibit traits of coarse or forced, and look therefore to the caricature. Regardless of the media format and the format of the work of art, its representation and implementation in the movements of the subjects represented, it must cope with contingencies, technical and material, even conventions specific to different genres and registers. Also every artist and writer needs at one time or another, to trust to the culture and the sharpened observation of the public, to give life to a story, without which the flesh would be a silhouette, the aura would only be the shadow, the dialogues would be chanting and gestures would be pantomimes. But if the artificiality of a work is above all a matter of sensations, or textures, how to feel, then, the artificiality of a film ? An artificiality, where the textures, the sensations and the relief of the lies and truths of a story would be all flattened at the same level, reduced to the same thickness on the flat screen of a cinema screen that is traversed by the constant speed of the flow of images ?

In front of this device, our perception could be seduced by the principle of willing suspension of disbelief, dear to the literary critic, Samuel Coleridge, and get rid of the time of the show of her critical distance, to let herself believe that everything that is told is true – or at least that each image claims to the same truth in it, and disclaims any intention of lies or falsehood. However, there are stories, which contain within a single diegesis (the representation of a universe) as much of the truths expressed in that of ideas antithetical to those facts so-called real, and thereby destabilizes the authenticity of self-proclaimed of the story that is told.

Earlier in the article, I have qualified the accounts of “systems”, and the philosopher Jean Baudrillard we have just learned that it is in the nature of a system that ensure to preserve its authority and its power. To accomplish this, a system must give birth to him-even the opponents of this authority, the rise in the illusion of a systemic change possible, for better control in the end, their dissent, and metabolize their antagonism in a power refounded and consolidated. Ça do you remember anything, friends of the cyberpunk ? Hey yes, the trilogy Matrix of Washowski is sort of a visual practice of the writings of Baudrillard. The duo of filmmakers has applied to his narrative with the ideas of the philosopher, especially in the place of the protagonist Neo, and in its sacred path of messiah where, to an established rule follows a counter-rule, itself taken down by a counter-rule, which is constantly to believe that this path is a part of the system, and that any desire of dissent as messianic prophecy, would not be the end simulacra and simulations, to quote Baudrillard.

The whole force of the project of the Wachowski resides in the entanglement between the which takes the place of reality (the apocalyptic future) and the whole universe that represents the idea of simulacra (the matrix). Thus intertwine in the same story, that follows easily with the point of view of Neo, two levels of reality, where the stakes scenarios and the implications of the emotional seem to be just as strong, though the two worlds differ in their physical laws. The purpose of the quest’s messianic protagonist is not merely an escape from the matrix, to wake up to become aware of the reality; this alarm clock is that the trigger for this quest. His fight must continue to the interior of the matrix to better destroy it, or at least the revolutionize. That is why this universe-sham remains present on the screen until the denouement of the trilogy when Neo, as the spectators are aware of his virtual character since the first movie.

In the case of the universe (or universes nested) represented in the Matrix, a spoken phrase or an emotion expressed in the virtual world can resonate with as much authenticity and sincerity that in the real world. But other films isolate more clearly their levels of reality in order to better isolate the principle of artificiality, and make it under the aspect of a fairy tale, symbolic, the alienation of an individual within a system. Because of this, this artificiality creates by contrast, a mark of the real; the more the viewer is able to identify what is openly of the artificial, the more likely it is that reality emerges from the artificial end of the inventory. One notable example, The Truman Show de Peter Weir, where the character of Truman discovers that his entire life is a tv show, or a context that is conducive to discern the artifice, mimicking a real-world phenomenon. It is precisely in realizing the full artificiality of his daily environment, as Truman, the only individuality authentic in the middle of the elements of the set and actors, will understand that its purpose existential is to leave the fiction to return to reality. Beyond material considerations, beyond a geographical horizon that he must go beyond to go out physically the part of the tv show, the real, here takes on the sense of sincerity of feeling and emanates from the simulacrum fictional, as the true longing of a man to freedom.

If Peter Weir has chosen to return to reality as an objective optimistic for the existential Truman, the paradigm of artificial/real does not imply necessarily the same path of emancipation for the protagonists of other stories. The artificial world in which she grew up with Truman looks like a Crude picture of an american way of life blissful and peaceful. It all sounds like a slogan advertising vintage, depicting the life of an average man as a stable happiness, and without ambition. As a spectator, living the events from the point of view of the protagonist as a captive, the happiness dummy, which is presented to us quickly becomes shocking and it is easy to see that our hero wants to escape.

But by focusing on the representations of other universes, aesthetically distanced as much of the interface is a neo-noir of the Matrix, that bastion of America has been sanitized of The Truman Show; one comes to understand that some characters feel a form of comfort, while sometimes lucid as to the artificiality of these worlds. A character is well few things if he is not the custodian of a world, a coherent whole that surrounds it, and it is precisely this principle of the world that the artificial may make it understandable in the eyes of a protagonist, where the reality that we’re all going through, as far as she crosses us in everyday life, can often be seen as the accumulation of contradictory discourses and points of views multiple.

Bill, the protagonist of the Festin Nu is the perfect example of these characters who find refuge in an imaginary world, even if in the present case, “The Interzone” portrayed by David Cronenberg is far from appearing as a paradise. It is difficult to understand how the spirit of the Bill under the influence of powerful drugs, rather than returning to the real world, and prefers to linger in a universe where the insects talk to humans with an authoritative tone, where typewriters become organic beings repugnant. The answer is to be sought in the life of the writer of the novel of the original William S. Burroughs, to better understand what event biographical the end of the film refers. If Bill, alter-ego fictional Burroughs ‘ prefer to get lost in a world of cockroaches, mutants and conspiracies incomprehensible, it is because of such an imbroglio, as sordid or absurd it may be, will always be easier to bear than the reality. Reality in which the writer as the character has killed his wife with a bullet from a revolver.

The aesthetic glaucous developed by Cronenberg for the Feast Naked, inviting us to think, beyond a question of comfort to mind, the use of an artificial universe can also be considered as a questioning of the most extensive on the consistency of reality. In the Face of a tragedy inexplicable by logic, that haunts him and keeps his guilt, Bill was a refugee in a world that appears unintelligible. But this leak of the intellectual is not the result of a bitter fact, even nihilistic; a statement, according to which reality is also unintelligible. That it is viewed as a joke absurd, or as a cacophony deafening, the real fails in both cases to issue an audible speech that is likely to guide the trajectories of individuals such as Bill. This is why these individuals have come to assume to be fictional characters. 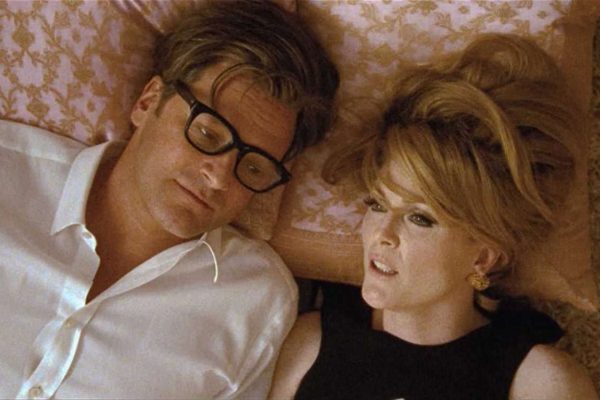 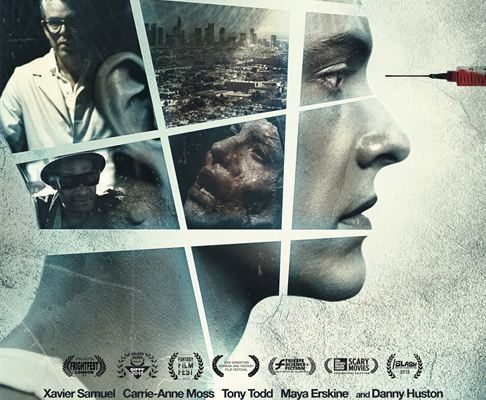 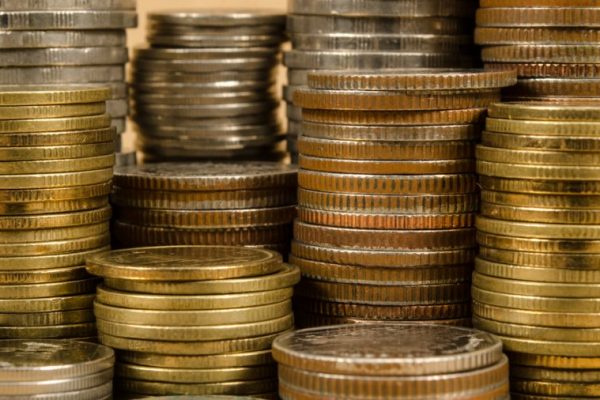 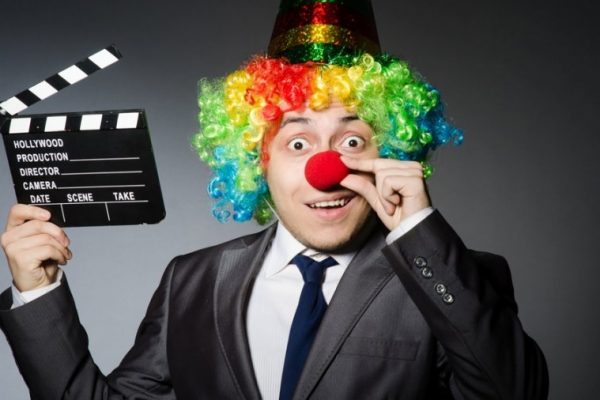