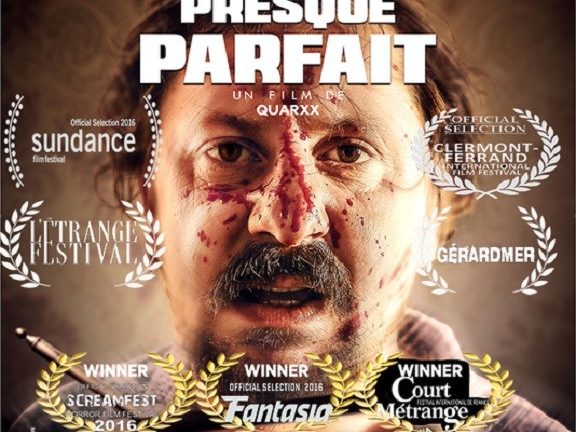 Since a year and a half, Quarxx made about him wherever he goes. His short film, A BLUE SKY ALMOST PERFECT, diving, prominent in the paranoia of an anti-hero walled away from the world, has experienced standing ovation on ovation over the festivals. A success that allows him today to adapt the short into feature film under the title ALL THE GODS OF the SKY. For this ambitious project, he asked the help of movie-goers by launching a crowdfunding.

Synopsis : Simon, a thirty year-old, works at a factory and lives a recluse in a farmhouse decrepit. It is a solitary man, in charge of his sister Estelle, severely handicapped following a game that went wrong in their childhood. Despite his remorse and the aggression of the surrounding world, Simon keeps in the depths of her flesh, the secret hope of saving his sister in the releasing of the gravity of the earth. And if their salvation came from heaven?

How has your journey you he carried him to the genre ?

I have worked in various productions, I’ve made a dozen short films in parallel to my work as an artist-painter. I am not confined to the field of painting because it requires to work in solitude and to focus on an image, hence my interest in the cinema, which gives me more opportunity. I would not say that I am the “genre cinema”, I find this label a bit hackneyed. For example, ALL THE GODS OF the SKY happens in the middle of the day; not of night in a genre film, it is a little weird if we must keep to the codes in the strict sense, no ? I would rather say that I am at the crossroads between the film author and a mix of genres.

How you came up with the idea ofA BLUE SKY ALMOST PERFECT ?

I wanted to address the topic of siblings discordant, I gradually developed the idea of a brother and a sister living folded on themselves in a form of madness and paranoia. The spark that started the project back in 2012, I was doing a photo story at The Meeting, I took a picture of the corpses during autopsies. It was the first time that I was confronted with a corpse, a young woman found dead at the home of his brother, the latter had declared the death at the end of three weeks. This implies that it has lived near the corpse of his sister lying on his bed for three weeks. I wanted to imagine how this story confusing could have taken place, and so I wrote the fate of this woman in any way.

This basic premise allowed you to address themes that are close to your heart ?

The core topic of the film is the remorse, the remorse that goes up to the madness, which makes you lose your sanity, your identity. The scenario traitor to the aliens, but are they real ? It is primarily to convey the inner state of the main character, the fantastic elements of the plot represent the loophole that he has invented to escape his responsibilities.

All in a rural setting, isolated from the world ?

I considered the film as a rural drama. I’ve put over a year and a half to find this house isolated in the countryside, because I saw it as a character incorporating the history. I wanted to keep this setting for ALL THE GODS OF the SKY, but in the meantime this home has been razed to the ground. It was, therefore, reconstructed a part of the interiors of the short film in the studio, and we found a house that exudes an atmosphere similar to behold the interiors and exteriors.

The short film as the long is clearly carried by its two main actors.

I immediately thought of Jean-Luc Couchard, the role allowed him a counter-employment different from his usual comedy. He was very motivated to play the character of Simon, and to show the extent of his game. I have put two years to find the executor of Estelle, and I finally met Melanie Gaydos , who has a physical very specific to a genetic disease. Beyond the fiction and the imaginary, the film is also an opportunity to highlight the authentic elements ; Melanie brings it to the screen, a real strength and power of fascination.

You get out of a wonderful adventure with A BLUE SKY ALMOST PERFECT.

In a year and a half, The film has been selected in 85 film festivals, it was not expected a reception as enthusiastic. It started with Gérardmer in January 2016, and it ended last week with the price of the public to The Strange Festival. From the start, I had the desire to make this story a feature film, but as it was very dark, she has put off the decision-makers and found that there was no budget at the time. So I took the heart of the story, the essence of the story, and I have rewritten in the form of a short film. I liked the idea of this short and condensed, rather than not work at all, but I admit that I kept my frustration. So when the eyes are turned on A BLUE SKY ALMOST PERFECT, and that different productions have asked me what were my future plans, I’ve only had one idea in mind, make this version feature that I had in mind from the beginning.

How have you managed the transition from short film to feature film ?

I didn’t want to act with opportunism, saying to myself ” Go for it, surfs on the wave of momentum by the short film; the audience liked it, ressers him the same thing.”. I didn’t want to just stretch the short into long, it would have given a work unnecessary. So I worked to build a feature film script strong and I found the producers to be able to understand my artistic approach in the person of François Cognard (Tobina Films) and Vincent Brançon (To Be Continued). I am also associated with my long-time partner Sandra Ianigro to create the company’s Unconventional Production to co-produce the film. Things are made fairly quickly, in less than a year. Filming begins this week, but in the special conditions. I have a great team, a chief operator wonderful, Antoine Carpentier. Fortunately, there was this team, because we have a very limited budget (around 500 000 euros) and a shooting schedule very tight. Hence the importance of crowdfunding, because every euro account to Polish our little black diamond.

If you want to support the project ALL THE GODS OF the SKY, go to the address below : 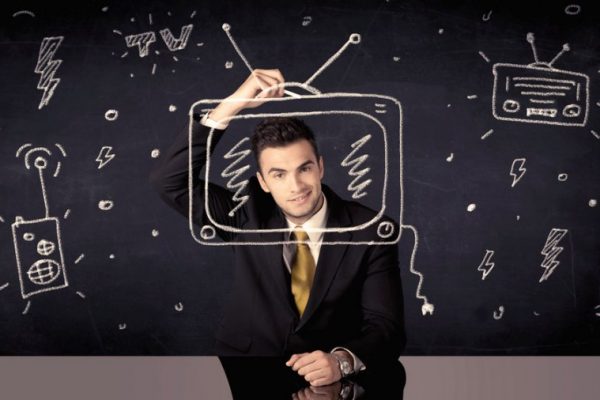