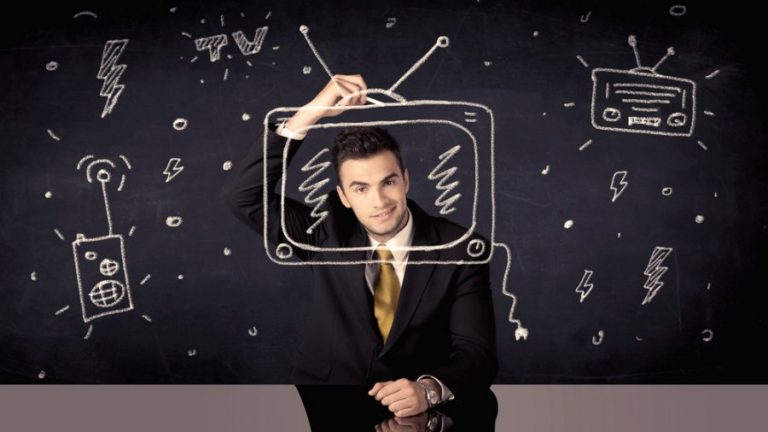 The vocabulary of the cinema and series US

Going beyond the midquels, spin-offs and suites in this 2nd Part

This week, we’ll see the rest of the vocabulary series and movies, whether they are USA or France. As I said last week, or I spoke to you of the sequels and the prequels, there are more words in the English language or americans who interfere in our beautiful language. This vocabulary needs to be known and mastered in order to be credible in case of discussion with professionals, even French, but especially if you have projects for foreign countries. And then, at the bottom, it is always good for your personal knowledge.

Today we are going to see what that is : a Franchise, an act-break, a Cliffhanger, a Four-act Struture, show runners, a Free throws, a Whodunnit/ Howcatchem, a spec-script, a storyline.

All or almost know what is a franchise. It may as well be for a TV series, a video game or a movie. The franchises are for example : star wars, jaws, the experts, Star trek, X-files, Hunger games, the avengers, the X-men and the list goes on. To speak frankly, we can happily replace the word ” franchise by ” Brand “.

There are two types of Franchise :

Planned, means that the films or series are simply learned from a book or a comic. In case of success of the first pane, this will allow the production to run one or more suites and reap more benefits.

Original, it is a scenario without link with a book or a comic. The storyline is an original creation which has met with a success at the box office and spawned several sequels. Except error of my share : the Terminator is a franchise that is original which has licence to make 5 films, 1 series, novels, and comic books.

Then it may be of interest to you. You know that in the United States, the series are cut several times by pubs. These pubs are called Act-breaks, they cut just the series in acts or in parts, if you prefer. As you know, a feature film or a series are constructed in 3 acts : a beginning, a middle and an end. But really, with these act-breaks the authors of the series have had to adapt and do everything to ensure that the viewer remains in front of his TV until the end of the pubs. To be clear, the series are cut by 3 sessions of pubs, one at the end of a quarter of an hour, then a half-hour and 45 minutes. If you look at the American series directly on to the chain U. S, you will notice that the twists and turns of each part are modeled on the cuts act-breaks, pubs, anything ! These cuts pubs require the authors to establish a structure in 4 actions for “paste” at the pub and, as I said earlier, try and stay the spectator.

If I were to schematize the four act structure, it would be : Exposure – pub – false trail and challenge – pub – change of point of view – pub – outcome.

We have, in part, to talk about this with the four act-structure and the act-break. The cliffhanger is simply a process drama, story, to bring the breath of the viewer and make him stay in front of his TV and quietly watch the pubs. Moreover, if you look at some shows, like top chef, the Voice, or I don’t know what, they all use the same process, the Cliffhanger. That is to say, they cut through to the pub when they are going to announce the winner for example. In the series, this is the moment a character crucial to the series is in a difficult situation, dangerous or deadly.

Necessarily the act-breaks use of the cliffhanger, but at the end of each episode in the series uses more or less a cliffhanger for the viewer to be in front of his TV for the suite. The Cliffhanger is also used at the end of the season in order to tempt viewers to watch the season 2.

It’s a term/ name that you have already heard of if you are a fan of the series or if you are interested in the subject. So a showrunner is who and does what, exactly ? To understand what follows, it is necessary to integrate the fact that in the USA the developer has not as much power as in France. It is in fact that a technician like any other, it is a maker…I minimizes may be a little too much, this is a super technician, but he didn’t really say in the series itself. And it is there that intervenes the Showrunner. The showrunner is actually the head of the unit of the series he directs. Often the showrunner is a producer/ screenwriter, or the screenwriter at the base of the series. It is there to make the link between the artistic and the production. But it is especially here that the series does not leave in any sense. The TV production, in France and especially in the USA, has a very short time of writing and production. Therefore, we need a staff author to write the 21 episodes (or less) of a series. The showrunner is there to ensure that the authors are heading in the right direction.

The showrunner has, therefore, a total power on the creative aspect of a series, and especially its homogeneity. But of course this kind of “power” has a flip side ! If the series is a fiasco, or that from one season to another, the quality suffers, it’s down to the showrunner as the other producers will turn…and clearly it is the showrunner who is going to take it all. Suffice to say that the scope of the showrunner is really wide. Why is it so important to be a producer of a movie or a series when one is a writer, creator or director (and even actor of the time) to the U. S. A ? Just because the productions are all-powerful. If I take the example of a producer, he has not the final cut (final decision), it is the production that the a. Unless the director is also a producer. Ditto for the creator of a series ;o)

So there you are all involved. A Spec script is nothing other than the abbreviation for ” On Speculation “, it is simply an original screenplay. You’re going to tell me : “yes, as all the scenarios ? “Well, no, it is very rare in France, to succeed to “sell” a scenario that a channel or a production company has not commissioned a writer…

I see the drops beading up on your forehead, because you say that you are writing for nothing…and no. In all cases, those who write a feature-length film, them, do not write for nothing lol Because almost all of the scenarios of feature films, in all cases the first feature films are spec scripts because there are a lot of movies command also for the long. In contrast to the television that is a whole other story, but it happens that a production purchased an option on a spec-script to telefilm in order to offer it to a TV channel. A friend has already done a few months ago. Therefore, It IS POSSIBLE. And then there are the shorts which are necessarily of spec-scripts ;o).

I’m not going to go further on this subject, in all cases here because the case of the spec-script, in France, deserves an article all to itself ;o)

Which brings us to the Freelancers. The freelancer is a writer outside the pool of writers who are working on a series (in The USA). The freelancers are writing spec-scripts, i.e., scenarios not controlled by the string, using the characters and the universe of the series, and offer to show runners. If the scenario brings the quality, or it is enjoyed simply, the show runners can incorporate to one or more episodes of the freelancer so that he develops his ideas. Once “mission” is complete, the freelancers (freelance) may work for another series or other projects.

This term will be of interest to all those who have a series project and are wondering how to get all the episodes of season 1 in their bible without that they will not become crazy. Often when one speaks of the bible for a series, the apprentice writers think (yes I swear) that it must be all the episodes, or even the synopsis of all the episodes of the series. However, the storyline-it is simply the summaries of the plots of the episodes, it is the spinal cord of each episode that allows you to see their articulation from one episode to another and to give the producer an idea of how you are going to expand the series by giving the main lines and the plots WITHOUT WRITING THE WHOLE SCENARIO OF EACH EPISODE.

Engrossing or Whodunnit and howcatchem…

What are genres full of TV series and I can tell you that you look surely today. Whodunnit/ Engrossing, in fact, to say, “Who has done it or who did it” that is to say who did it. The term plays for the police series. That is to say that a murder is committed, we do not know the murderer and all of the game or the plot, if you prefer, will be built around the search and the arrest of the murderer. Suffice to say that all the dramas that go on our channels are only Whodunnit.

Conversely, there are the ” Howcathem “ the principle is go to the reverse of the Whodunnit, that is to say thata murder is committed, we know (us spectators), the murderer and all the game or the plot will be how our loyal inspectors are going to do to catch the murderer. The series Colombo is the precursor to (and I’m talking TV series). More recently, ” Luther “ uses the same process.

That’s it for this article : ” the vocabulary of cinema and series U. S “

Share without counting the blog with your networks and your friends, do not hesitate to share the article, for this, you just have to click on the “like” button at the top of this article ; (o) as well as on the button of Google+, in short, super easy ;o)

You have questions or you want advice ? Leave a comment below.

More articles on How to Make A Movie or Write a movie :

The first part of this article : to know everything about the suite, the almost, and the vocabulary of the series

Create a series or a web series

How should you present a scenario

Understand what is the treatment, a necessary step of a scenario

Master the presentation séquencier and its relevance to your scenario

How to produce a short film in self-production (video)

The search for financing for your films

Simple method for give life to your characters

Knowledge that you need to know to make movies

Introduction to the powerful way to write : the hero’s journey