Real beginning of a revolution in post #metoo or single sword-stroke in the water cycle… ? It will be difficult to answer the question before a good ten years or so, and even if one knows that the project was born well before the movement, one cannot deny that OCEAN’S 8 tombe à pic !

Women’s first roles in a blockbuster, and not least (5 million admissions in 2001 to Ocean’s 11 , which launched the team of Clooney, Pitt, Damon – and only in France), it gives what ? Eleven years after Ocean’s 13, the team Sandra Bullock, Cate Blanchett, Anne Hathaway, Rihanna and their girlfriends are-they the challenge of a franchise the more masculine he is ?

After having spent 5 years in prison, Debbie (Sandra Bullock), the sister of Danny Ocean (George Clooney), is back at the block ! From his cell, she had time to hone his project in every detail and has only one desire, to put it in execution ! Its project ? Ah yes… paying tribute to his brother by creating the case the most daring of his life (and, incidentally, get revenge on the one who has sent in prison). Neither one nor two, she found her partner (Cate Blanchett) and the two women begin to looking for a team of shock (and charm…) ! The mission? It is to fly a river of diamond of inestimable value, and it falls well, “the Highlights” of the mode, one of the events the most anticipated of the year is organized in five weeks exactly ! The countdown can begin !Not surprisingly, therefore, the recipe is the one that we know of : site plans, infiltrations, surveillance, surveillance cameras to thwart and flight under high-voltage… Everything is there, except that, precisely, nothing surprising really, there is little value-added compared to the previous parts, to such a point that it gets boring when even a little… Then of course it is a franchise, and this is normal after a while to know the verses and the chorus by heart, indeed, this is what it comes to search. From this point of view not of disappointment, but a hint of cynicism, all the same : rhythm, montage, mode of introduction of the characters and twist are presented in the same order and using the same orchestration as in the previous Ocean’s.

The product is clearly out of breath, we only see the skeleton and that is certainly good for it that we wanted the dust to blow high heels, lipstick and evening fashion… this side that is, we admit, very successful, the cast is up to the expectations, Sandra Bullok, Cate Blanchett and Anne Hathaway crêvent the screen. Rihanna is not left in a role of geek rastafari and the same goes for the secondary roles, the jewellery of india, the mother of a family receleuse. All the figures are a mixture rather tasty shots and paradox to be very effective. In terms of transfer of testosterone and a sense of humour, we would not have done better !It is a pity then, that these ladies are confined to a history a little bling bling of the evening, fashionable lady should much like them… It’s lack of originality. We would have liked a real movie against the current with women who get dirty a little more hands in business a little less girly. But the glam’ it is also the trademark of Ocean’s, so this facility is not surprising really. Just like the ease of the scenario unfortunately… Big weak point of the film.If all the ingredients are there, it lacks a nevertheless fundamental : the bare minimum of dramatic tension for a film of steering ! Every hero has his opponent, and all quests a lot of resistance… Not here. The mission is an ease to cut the breath. No adrenaline, no suspense will come to stay in the small hearts of the audience that will look at a certain number of times its shows during the whole movie….

We therefore congratulate the project and the casting, but it is necessary to go obviously : OCEAN’S 8 has nothing of the movie turning to the female they were expecting. It is, at best, carried by the vague hope of making life back to a format that is outdated shots of botox and eye-shadow to the eyelid, a bottle in the sea thrown into an ocean of conformism tired.

Ocean’s 8, women at the top who do not save the vessel – Critical
Original title :Ocean’s 8 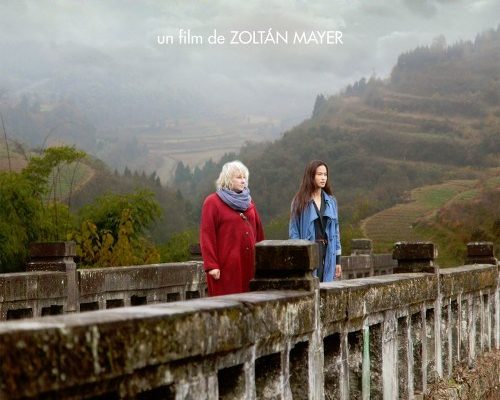