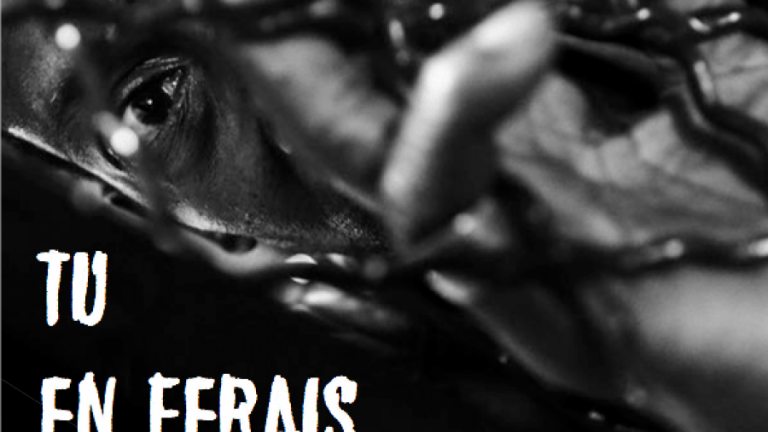 You would have done just as much

Because all experiences are good when they are experienced with the heart.

You know how much I love my job and the cinema , or not ?! Since years I’m trying to do the best that I can to give you the maximum information, of tips, tricks, tips, and attempt to create an ecosystem, a network for that you can go a step further and you also live your dreams.

A few weeks ago I reviewed a film director, Nicolas Humbert, whom I had accompanied, as a 1st assistant on his first short film (Chapitô, 2005). Today, Nicholas became a producer on Paris, or he created : ” Ilomba images “ and decided, with his partner, to produce a young director 43 years : Nicolas Chik.

I wanted to know a little more about Nicolas Chik…saying to myself that there was surely some of the lessons you deliver…and this is not little to say ! Because you know what ?!

I was very, veeeeery far from the truth.

On Thursday, Nicolas Chik and I have talked on the phone for a long time, and the conversation that I am going to deliver you now you directly and will be able to take you directly on a film set and that’s not all…be sure to read the following.

The passion of the cinema

Tom : Hello Nicolas, thank you for giving a little of your time.

Nicolas : Hello Tom, I am glad to be able to share with you, it makes me happy

Tom : can You tell me in few words who you are ?

Nicolas : I’m 43 years old and I am a decorator for the cinema since a lot of years now.

Tom : So you’re intermittent ! And what is your background ?

Nicolas : The cinema has been a passion since young. At 18, after graduating, I decided to start at the bottom and try to live my passion.

Tom : it reminds me of someone ! I have done this, but you were in Paris ?

Nicolas : no, not at all, I was living in the region, Champagne, to be exact, and a shoot came to settle near me. At the time I wanted to be a director. I wanted to be on a film set to learn. He didn’t need to say more for me to do everything in order to be hired on this film.

Nicolas : Yes, absolutely. I so wanted to try everything that I even passed the audition for the leading role…obviously, I have not been caught but my determination to dig into the eye of the head deco who offered me a job on the film…and I started like this.

Tom : a career in the Champagne it must not be easy !

Nicolas : Ahahahah especially at that time. I have quite quickly understood that it was necessary that I should go to Paris, all the more to be real. I had kept in contact with the team decorating the film, so I went to Paris.

Tom : Then it will have to explain to the readers of the blog how it is when you have no money, not too much knowledge and not of degree to work in Paris.

Nicolas : As I had kept in contact with the team of the film I was able to squat in the apartment of an interior designer…

Tom : You are gone into guerrilla mode ? Without a network or almost, you quickly understood that nobody was ahead of you, right ?!

Nicolas : that’s clear ! But I am encrusted everywhere I could. As soon as I had the opportunity to make a contact I was there. Even if I had 2 or 3 contacts of the previous film this was not enough. It is not necessary to believe that the cinema is a big family, this is not true. In short, little by little, I made my hole, as props plateau, then head deco.

Tom : You’ve done your whole career as a chef deco ?

Nicolas : No, because as a decorator it is a lot of time. I prefer the position of a general contractor. It combines the technical and the artistic, and most importantly it allows time to develop my projects.

Genesis and history of his film

Tom : Exactly, talking about your film : ” You’d do just as much “ and your meeting with the other Nicholas (Humbert) your producer. How did this meeting and tell us about your film.

Nicolas : I met Nicolas through my assistant deco that has put us in relationship. Elsewhere, today, this assistant became the chief deco and me his assistant ! Nicolas was at a time when he had a desire to expand the fiction in its box (which makes the pub), and more.

The synopsis of your film, “You would have done just as much” it is :

“At 35 years of age, William would be the young father of a family ideal if there was…addicted to the drug. A day of family walk in Paris, plagued by lack, it must get hold of the drug. A race against the clock is committed. The galleys are succeeding, it is the descent into the underworld. “

Tom : “You would have done” talks about drugs, addiction. Can you tell us a little more ? Why this topic ?

Nicolas : So, this is not autobiographical. I lived in the 18th, which is in an area where the experiences and people can be a bit borderline. It was a time in my life where I have had problems sentimental…I met up with this universe, these people…I had the idea to mix the two worlds through this project.

I wanted to remove the cool side and branchouille that the drug can have sometimes. The drug it is dark, dark and it destroys you automatically as soon as you put your finger in it. I wanted to show it in a realistic manner…even if I put a little bit of fantastic.

I wanted to share my personal experience of this district and its inhabitants that people couldn’t imagine.

Easier to edit a film when there is a pro ?

Tom : listen, it really makes you want it all. So tell us, is that with the network of professionals that you have, it is easy to mount such a project !?

Nicolas : This is a trick question because you know the answer…

Tom : Yes, I admit, but it is for the readers of the blog understand

Nicolas : No, this is not a simple one. Those who have given me their agreement (contract workers) are very close friends. But you know the world of the intermittence, and you know that the projects do not refuse. So there is a chance that some may not be available. They told me yes, because they all know that it is complicated to get a project update and to go to the end. And then those who say yes know that we would do the same for them.

But you can’t say no to a job…especially a feature-length film that will take you to several months. Therefore, there are friends who are not going to be able to come.

Tom : a Lot of apprentices directors/writers think that to know well known producers will help them in their projects, what do you think ?

Nicolas : This is not because I know a lot of well known producers that it is more simple. Once the film is finished everyone goes back home and it is everything, even if it means super good. I could call them but they give me a notice art on the project. I will not have financial facilities through them. And the problem is the funding !

Tom : Yes, it is the nerve of the war ! It’s the same for everyone whether skilled or not.

Nicolas : Exactly ! But before you ask me another question, I want to tell you something super important, I know ” How to Make A Movie “.

Nicolas : Because I’ve read a lot of articles, your advice, the answers and questions in the comments. I am often faced with the blank page, and I found myself on “How to Make A Movie” and it gave me reboosté. I went back several times to collision, puffed up to block, thanks to your site.

Tom : (Away, a heavy silence takes place because I do not know what to say).

Nicolas : So I wanted to tell you thank you because you have created a great tool

And if the readers of How to Make A Movie came on the shoot ?!

Tom : I don’t know what to say. I try to be the more real possible, do not lie to those who read me and try to help as best as I can. I would like to go further and take of the readers of the blog on a plateau, to discover what it is.

Nicolas : Why not make them come to my movie ?!

Tom : are You doing a crowdfunding ?!

Tom : So, here’s what we will do if the readers of “How to Make A Movie” are in agreement!! It offers a gift of madness on your crowdfunding. Those who wish to and can participate in the financing of the film and :

Tom : And those who wish to help and participate , I will be offering a surprise home.

Nicolas : It would be awesome and it would make me super happy.

Tom : Ok. We put it in place. I am certain that the readers of the blog have the same sensitivity as me and are there to help. Alone we can do nothing, they know it. The film may not be a large family but the community of “How to Make A Movie” it’s a big family and they are going to prove it.

Tom : Thank you for having taken of your time and I hope to see you soon on your set or to Paris to talk about the pre-med. The filming of your movie is when ?

Nicolas : at the Beginning of December. With pleasure to see Paris, thank you, thank you and see you soon.

To Help Nicolas Chik and find me on his shooting and here is what it offers :

That’s it for this interwiew that came from another world !! You’ll understand that Nicholas puts on a crowdfunding site to produce his film. It needs at least 5000 euros and we need to help.

Go to this link to see what it offers to its contributors : You would have done just as much kisskissBankBank

You will find the contribution where I accompany you on the shelf, in person, you will eat with us on the shoot etc…

And all those who give a few euros to help him have a surprise on my part (and I can tell you what is worth the detour!)

To get it you just need to leave a commentaire (indicating “how to make a film”) on the page, “You would have done just as much”on kisskissbankbank in order to validate your participation.

Now, I am counting on you because the next person to take advantage of the network of “How to Make A Movie” it may be you. Make a gesture for the art, make a gesture to the cinema.