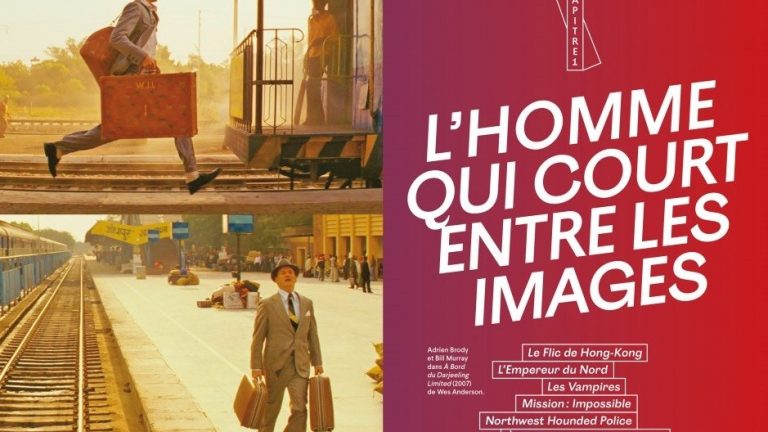 The movie characters continue to walk, continue in the Mustang Shelby, trying vainly to catch up on the trains. For Nicolas Tellop, it is not enough to know what they are fleeing or chase, it is also necessary to ask the question : What are these characters when they run ?

One may be surprised to read the plural in the title of the book of Nicolas Tellop. First of all, THE chases in THE CINEMA ready to believe that the book will review the recurring pattern over the decades of cinema, taking into account the variations stylists of the year. Now, when we close the new publication of the editions Aedon, our brain is tempted to rectify the title by the singular : THE car chase in the cinema. Because the plan of the book, by the fluidity of his flows as much as by his reasoning, “cascade”, appears to establish the path to an eternal pursuit race, whirring, moving to the heart of the cinema since its first hours. It comes to think that the process itself of the cinema is based on a run as thunderous as a pursuit race :

The man with the movie short between the pictures to get a place […] He runs after the scroll speed of the image to be part of what she says.

Tellop reminds us in his introduction that science neurobiological argue that our reptilian brain has kept in memory leaks and schedules of our primitive ancestors in the face of danger. Should we then consider that the memory of the film passes through the consciences of the characters over the stories, and that they awaken in their movements, impulses, and intentions that are inherited from their ancestors movies ?This assumption allows in any case to Tellop of fun, with a corpus of objects to study the frame closely, aligning and bridges surprising among the works. Going back, or rather from the form Marey-Muybridge, matrix, in the Nineteenth of this that will be the moving image of the seventh art in the Twentieth, the author poses a hypothesis as to the anguish of the man started on his race :

The form Marey-Muybridge seems to engage in a race between human anatomy and the technique […]In the pursuit race, which was thus between the man and the photographic technique, the latter has thus been even more effective than anticipated : it has left the human body far behind, frozen, stunned by the power of incarnation.

A feeling of anxiety that will continue to fictional characters as diverse as The Cop from Hong Kong (Sammo Hung, 1985), The journalist Philippe Guérande, running after Vampires (Louis Feuillade, 1915), or the wolf fugitive from Northwest Hounded Police (Tex Avery, 1946). They are stopped in their tracks by a camera back to a fixed image, knocked out of action by a train as they have failed to take on, or outright blown out of the scroll of the film, these characters are overcome by the speed film, overwhelmed by the relentlessness of a monster technique. He was a hero almost superhuman as Ethan Hunt in order to overcome this challenge and find its place in action, and in the image, in the memorable sequence of the TGV in Mission Impossible (Brian De Palma, 1996)

With the pursuit race, the film degenerates into irrational and recaptures a part of what his technique was taken away.

This is where all the delight of THE chases IN CINEMA, closer to Tex Avery and Mission Impossible, to connect with Beep and Kowalski, the protagonist of the end-Point of Zero (Richard C. sarafian, among others, 1971), and collect in the packs of zombies of George A. Romero and his ilk, the horror movie keeps the vivid memory of the tribulations of Buster Keaton’s response to the tsunami of police officers in Cops (Buster Keaton and Edward F. Cline, 1922). By creating this huge map of the trajectories of film, Tellop we are regularly invited to detach ourselves from the action, to take to the pitch, imagine a camera overhead that we would see together, the various reasons outlined by the race-prosecution. For Scarface (Howard Hawks, 1932), it is an intersection reproducing the double scar on the face of the gangster :

It is precisely this which was from the departure in the flesh of his face, as if this was the fate of any gangster : bar the way to the other, to hinder the straight lines to break, to suspend the trajectories by a trajectory other, wild and incandescent.

The Blues Brothers (John Landis, 1980), however, leave behind a path of destruction, a crack that they provoke as much as they are fleeing :

The Blues Brothers through the film at full speed, constantly on the road, perpetually in the rush to escape a order deleterious. Their trajectory is that of a crack soaking up the american life to escape the devils and the demons that usually remain huddled in his bosom.

And the characters of John Landis are not the only ones seeking to escape ; just like his subjects of study, Tellop short between the images to analyze the backgrounds and contexts that are not always easy to perceive because of the frantic pace of the prosecution. Thus, one begins to consider the trajectories of the Buster Keaton of The Mechanic of the General (Clyde Bruckman, 1926) and of the passengers of the diligence of The stagecoach (John Ford, 1939) as races gruelling to arrive on time in History and earn his place in the development of american society. But other pursuers or pursued, as The Blues Brothers, do not intend to let ourselves be imprisoned by a political context, historical or social, and still try and still escape the clutches of its standardization.

Despite his speed and his character often irrational, race-pursuit can paradoxically express the awareness of individuals fleeing an authority and a system. Not surprising therefore, to find the concept of panoptisme dear to Michel Foucault as the key to reflection on the universe oppressing of the Matrix (Lana and Lilly Wachowski, 1999) and Minority Report (Steven Spielberg, 2002). Then again, Tom Cruise takes on the role of action hero and recognizes the company’s futuristic ultra-safe as an antagonist, during a chase scene of the most symbolic, taking place on an assembly line automobile.

First tomb of the era of the panoptisme, the car allows a character to complete its molt, chrysalis of metal, releasing a new Anderton, aware of not being able to exist within the company’s control that in the fleeing. It is necessary to abandon the vehicle for social and build a custom, in the image of his consciousness and individuality, to be able to stay out of the reach of the power of alienating.

But modernity does not worry only Neo or the inspector Anderton in their appalling future of each of them ; the passengers of the Twentieth century have also good reasons to scampering away, when they are not already being pursued by the modern world.

The reason for the absence and the uncanny is an incarnation of the ideal mechanical. The coldness of the metal, its character devitalised and its paradoxical animation make it the vehicle of the anxieties of modernity.

Ford Plymouth of Christine (John Carpenter, 1983) that one would normally consider as a way to move to escape predators, a symbol of emancipation by the conquest of the road and the freedom of movement, takes the place of the predator by a cruel irony that only the american consumerism society allows. As for the truck from Duel (Steven Spielberg, 1971), it seems to have the same act as a ghost jealous of those who have survived, an evil spirit reminding the american man on the existential emptiness of the capitalist world.

This spectrum motorized, ruins of an american dream of abundance and energy, is now full of empty. We can only imagine that her tank, rotten and corroded, contain something other than the wind.The anxiety becomes dizziness from the time when the prosecuted are aware that it is not enough for them to flee the system, the values and objects, but also humans, the other, otherwise in order to escape the uniformity, and even dehumanization.

Hounded by the crowd, by the world, the hero Cops, the Last Train to Busan and the Invasion of The profaners of tombs are subjected to a affect, and annihilation, a despair without end, which dispossesses him of any control over their destiny. When facing the void, the being undergoes a reversal similar, the sublime, in the least, crush his strength is being moved to another impression : the vertigo of absence.

If the leak seems to be in vain in the stories the most pessimistic, Tellop find some beings of fiction doing the gesture of the race with a plume exceptional. The best example comes to us from the cartoon Fast and Furry-ous (Chuck Jones, 1949) which appears for the first time beep beep Beep. The famous Road Runner manages to break away from a world too overwhelming and alienating, forging a path that is different and unique, that nobody else is able to follow.

Beep beep beep is the manifestation of a freedom characterized by speed and constant mobility. The Road Runner does conquers the fullness of his being in the race. Gold, Beep Beep is only visible when it stops. When it runs, it fades, it disappears, it becomes invisible. […] he leaves his present to enter in a different time, that only the velocity, is capable of making real, he exorcizes the absence out of time by a presence out of time.

The poetry of the Road Runner. Because THE chases IN CINEMA is full of poetic passages that it would be impossible to compile in a single article. Nicolas Tellop we book and a wonderful history of time, a precipice of energy, an echo of the movement, where the chase arises in the manifesto of the existence of cinema. On foot, by coach or by car, the movie characters seem to want to declare : “We have raised clouds of dust, we have left our footprints on the sand, the asphalt and the film, we acted as much by stealth as by retinal persistence. We went through there. We have moved in these places in these images. We existed.”

THE chases in THE CINEMA of Nicolas Tellop , published in Aedon. 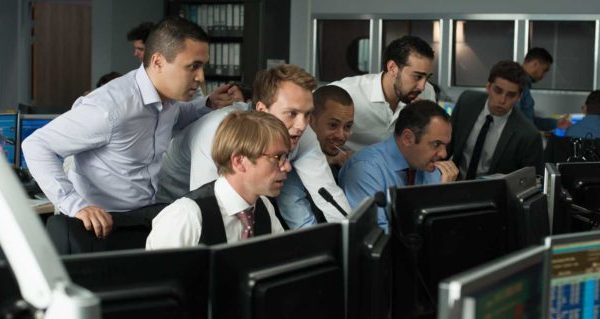