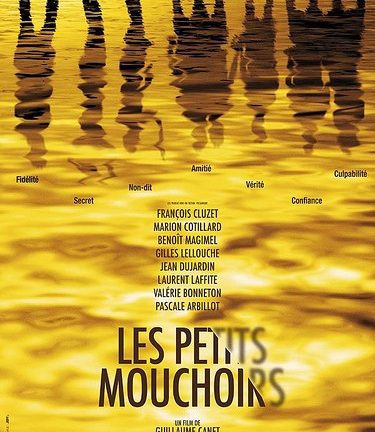 Here’s a making-of of the film The Small Handkerchiefs…

The pitch : following a disruptive event, a band of friends decides, in spite of everything, to go on holiday at the seaside as every year. Their friendship, their certainties, their guilt, their love will be ebranlés. They are finally going to have to raise the “little handkerchiefs” they have placed on their secrets and their lies.

The Small Handkerchiefs, and was directed by Guillaume Canet with François Cluzet, Marion Cotillard, Benoît Magimel, Gilles Lellouche and Jean Dujardin. The film is distributed by EuropaCorp Distribution.

The Small Handkerchiefs will be released in France on October 20, 2010 !