Cach day, 2 movies to see on tv : a on all channels, and another one exclusively on TNT. Tonight, TOY STORY 3, and THE CIRCUS.

The creators of the very popular film Toy Story re-open the toy box and invite the audience to rediscover the world deliciously magic of Woody and Buzz at the moment where Andy is preparing to go to university. Neglected, the most famous band of toys is found… in the nursery ! Toddlers unchained and small fingers capable of tearing it apart are a real threat for our friends ! It becomes urgent to devise a plan for their escape more quickly. Some newcomers will join the Great escape, the eternal seducer and single, Ken, friend of Barbie, a hedgehog actor named Larosse, and a pink bear scented strawberry called Lotso.

– As in the other two films, the plate number of the minivan the mother of Andy is A113.

– The pins on the map in the room of Andy correspond to the hometowns of the members of the production team.

– On the calendar located in the room of Andy, is hidden a clue to a new character in the future Cars 2.

– The abbreviation ep the Pixar University decorates the walls of the room of Andy.

– The batteries of Buzz during the scene of the delivery to zero of the toy are brand BnL, brand this in another animated film from Pixar. This is WALL-E, BnL, and then being presented as a bank, a travel company, a distributor of fuels, etc….

– The garbage man can be seen twice in the film is, in fact, ” Sid the terrible neighbour of Andy in Toy Story, the old enemy of Andy’s toys. Well that at no time are the young garbage man is called Sid Philips, the actor Erik von Detten is mentioned in the credits as an interpretation of Sid (as in the first film) and the garbage man wears a T-Shirt similar to the one of Sid in the first game.

– The scene of imprisonment refers to the film Luke the cold hand with Paul Newman.

– During the last scene of the film, the objective takes some altitude and we can see the roof of the house in the foreground and the sky in the background to the inverse of the first image of the series where we see the wallpaper of the bedroom of Andy and the roof of the house made of cardboard. Moreover, the provision of the clouds is the same on both plans.

– Many of the toys did not appear in this film (Siffly, Rocky Gibraltar, Lenny the binoculars, The magic screen, and even The Shepherdess). Siffly being unable to reappear because the man who lent his voice to Siffly, (Joe Ranft) died in a car accident a few years ago.

Charlot, a vagabond, is taken for a pick-pocket by a police officer who takes in hunting. He takes refuge under the tent of a circus in full representation and disrupts all the numbers for the biggest pleasure of the spectators. The director of the circus hiring as a man of the track. Each evening, because of his clumsiness, he inspires the hilarity of assistance and becomes unwittingly the star of the show. He falls in love with a beautiful’écuyère, Merna, daughter of the director, but it prefers Rex, the tightrope walker.

– The main actress, Merna Kennedy, had been recommended to Chaplin by his second wife, Lita Grey. When it discovered the connection that had developed between the two actors, she began divorce proceedings and did everything to prevent the film from seeing the light of day. The shooting was interrupted for several months, and it was necessary to conceal the coils already conducted to avoid the destruction.

– In October 2010, images from the premiere of the film, from the new DVD, have a brief feeling : we see a woman talking into what looks like a mobile phone. Many theories, more or less serious circulating on the internet about it : one of them ahead of time that there would be a sonotone laptop, such as one manufactured by Siemens in 1924. 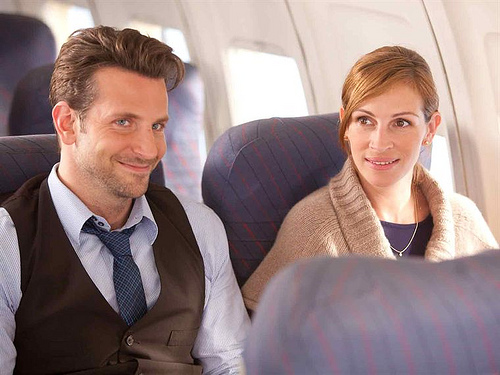