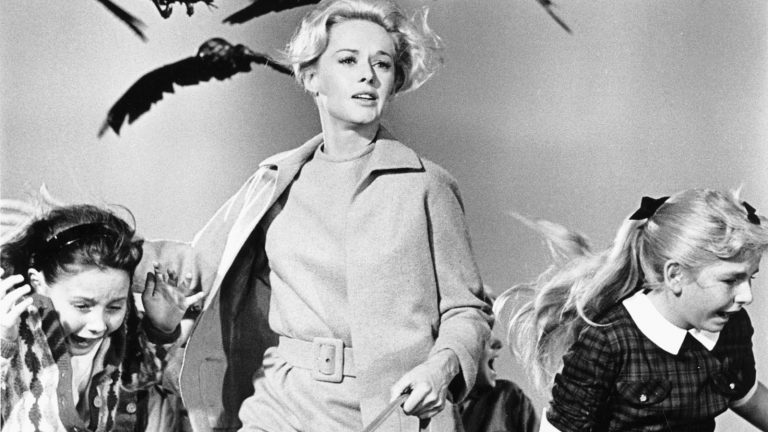 In the programme tonight : The Birds, Arte and the Usual Suspects on Ciné+ Club.

The Birds (The Birds) is an american film, genre horror-thriller, directed by Alfred Hitchcock and released on the screens in the u.s. in march 1963. 48th feature film of Hitchcock, it is inspired by the novel of the same name by novelist british Daphne du Maurier published in 1952 and adapted by screenwriter Evan Hunter.

With Tippi Hedren and Rod Taylor in the lead roles, the film narrates the attacks of unexplained of birds of all species on the inhabitants of the small town of Bodega Bay in California. It took three years of preparation before the shooting : thousands of birds were prepared for the occasion and the use of many special effects helped to create an atmosphere of terror.

In the filmography of Alfred Hitchcock, it presents itself as a film hinge because it is regarded as the last great film of his career. Despite its commercial success relative, it has helped to revive the genre of invasion movies, and also launched the career of a former model Tippi Hedren, who went on to become one of the greatest blondes hitchcockiennes with Grace Kelly and Ingrid Bergman.

Today considered a classic of the cinema of horror, the film has been the subject of a remake for television entitled The Birds 2, conducted in 1994 with Tippi Hedren.

Screenplay : Evan Hunter (another pseudonym of the author of crime fiction Ed McBain), based on a novella of the same name by Daphne du Maurier

Production : Universal Pictures and Alfred Hitchcock (not credited) with his company Shamley Productions

The Usual Suspects (The Usual Suspects) is an american film directed by Bryan Singer and released in 1995. It follows a technique of non-linear narration. The idea that gave birth to the film is that of five criminals brought together for a parade identification. Christopher McQuarrie has developed a script, taking this idea as a base and the film, after some difficulties to find funding, has then been turned in just a month with a modest budget. It was presented out of competition at the Cannes film festival in 1995 where it has been well received by the public and the critics. He has won several awards, including the Oscar for best original screenplay and the Oscar for the best actor in a supporting role for Kevin Spacey, and is now considered a cult film.