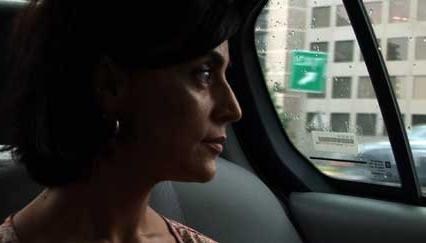 It is the love of country that Sibel Edmonds became a translator at the FBI, after September 11. But everything shifts when she accused a colleague of covering illegal activities involving Turkish officials. Trip after sounding the alarm, they are now fighting for the ideals that make her an American, and the threat of the personalities very powerful. Exclusive, Sibel agreed that a team of cinema to take its battle and penetrates very close to his secret.

‘An injustice committed somewhere is a threat to justice in the world.’ Martin Luther King.

Mathieu Verboud and Jean-Robert Viallet, documentary film makers, previously the authors of the ‘lost Children of Tranquility Bay’ – finding building on a fringe ‘normative’ of american society, Jesus Camp hangs in the watermark!!! -, turning their lens on an event that is embryonic to the attacks of 11/09, including Sibel Edmonds, a translator at the FBI, will be the epicenter.

When most shouts to the phenomenon of frequently grotesque, a minority is interested very closely to the remarks made by the translator, ancient translator should I write ! The documentary focuses primarily on the conditions capharnaumesques a dismissal qualified as an abusive – dismissal presents the legal grounds, except in the american law apparently !

The objective intruding in the private home, recounts the episode that will trigger the case Edmonds : the visit surreal for the couple Dickerson , who is trying to buy the silence of the translator. We enter the heart of the matter. In the ‘passageways’ of the FBI, the tension grows, the movement becomes pataude, a sword of Damocles is hanging over Sibel Edmonds. The solitude of the Beast, being stalked is perfectly staged for the gaze of the Sibel through the glass of the car passing through the streets in rainy Washington. Isolation significant increases over minutes, the apparatchik judicial – and political – imposes its sheet of lead with coercion, with the ultimate weapon : the State Secrets Privilege, in other words, the Gag Legal. Sibel Edmonds is compelled to silence in a country whose First Amendment to its Constitution grants to the citizen the sovereign right to freedom of speech !

Ensues a long sequence exposing the multiple nestings, all levels, from a simple arms dealer in the multinational infiltrated into the highest echelons of Power – the American Turkish Council , among others. The documentary penetrates the lair of the invisible, hears what cannot be revealed, evokes half-words, this truth in rational and not mystical – staging brunette is ostensibly thinking about the episodes ‘exhibitor’ Deep Throat in ‘The President’s Men’. The weaving spider is meticulously détricoté, thread after thread, only to discover, in fine, that a parallel world of supra-organized nurtures blithely bargains are criminal, contracts, transactions, illicit, all brilliantly orchestrated by high-ranking influential – federal agents, senior civil servants, intelligence officers, u.s. Army. The objective of hunt without pity the slightest flaw in the system, the facies are controlled shamelessly, Viallet and Verboud trucident by the image of this policy of exploitation, and put the nails in the coffin final on the mistakes and internal contradictions of an administration Bush sanctified the Diktat of imperialism.

In the era of conformism and the Single Thought, to advance any counter-hypothesis becomes a task increasingly perilous. The debate of ideas is caricature ; our societies, our modes of life and thought, our leaders, our media, engoncent in a phase – irreversible – de ” sclerosis consensus’, prohibiting any form of counter-truth, excluding any questioning of the systems put in place, prohibiting all of the tags necessary on which Humanity must build a sustainable balance. In this context, ‘A Woman slaughtered’ by laying the groundwork for the constructive thinking, under the guise of an analysis propensity to be objective, by encouraging the viewer to undertake his own need critical.

‘A Woman to break Down’ poses in the worthy heir of the discourse of the end of the mandate given by Dwight D. Eisenhower on January 17, 1961 : ‘This conjunction of an immense military establishment and a large private industry of the armament is a novelty in american history. (…) We can neither ignore, nor fail to understand the gravity of the consequences of such a development. (…) we must guard against the unlawful influence that the military-industrial complex is trying to acquire, either openly or hidden. The possibility exists, and it will persist, that the influence may be facing an increase in unjustified, in proportions to be disastrous and beyond the control of the citizens. We must never allow the weight of this conjunction of interests endanger our liberties or our democratic processes. Nothing, in truth, is not definitely guaranteed. Only citizens alert and informed can become aware of the web of influence spun by the gigantic machinery of military-industrial and confront it with our methods and goals in democratic and peaceful, so that security and freedom can thrive side by side.’

Aside unusual, I salute the extraordinary courage of Sibel who continues to fight everyday, not to glorify fighting a government, but for the simple fact to recover their basic rights : citizenship, his honor and his freedom of expression ! 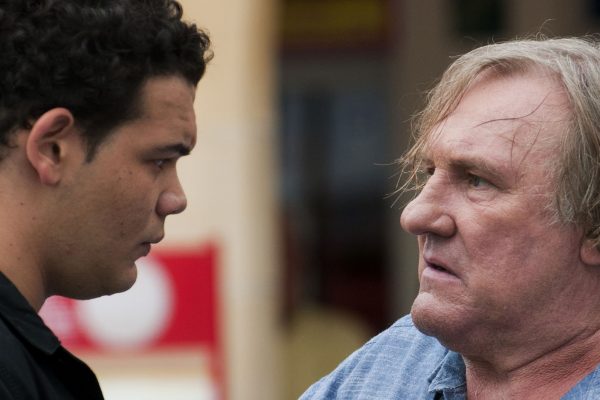