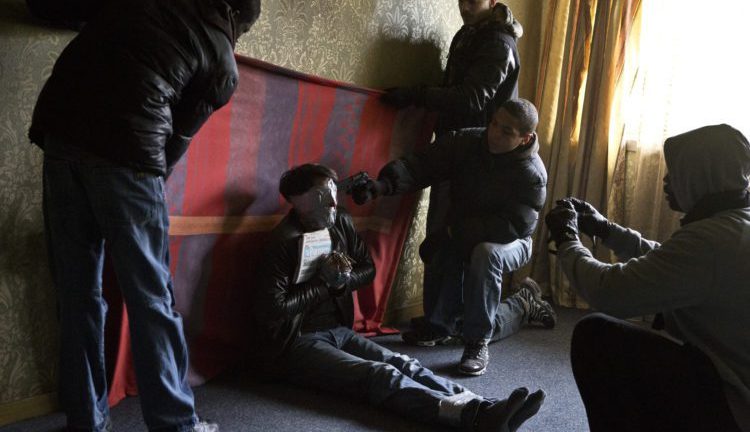 EVERYTHING immediately, the new feature film from Richard Berry based on the novel of the same name by Morgan Sportès, recounts the tragic case of Ilan Halimi ten years after the fact. Alexandre Arcady had already tried two years ago with 24 Days, the truth about the case of Ilan Halimi , but had selected an angle of approach very different, more sentimentaliste, more turned towards the lived and the suffering endured by the family of the victim.

The version offered by Richard Berry is stripped of any staging melodramatic and was not intended to be a film communitarian.

To make a movie believable and impactful (and this is the case), Richard Berry adopts a quasi-documentary, and seeks to introduce the camera to the shoulder, in the daily life of young people to cities, and then within that gang, to say the least wobbly during the twenty-four days of the abduction of the victim. The director was well operated of the choices of mise en scene and achieving sober but smart. The pitfall of voyeurism or of the excesses of physical violence that could cause harm to the whole are avoided, and the scenes of torture are reported through the interrogation of the gang members.

Having had access to the investigation file and to the reports of listening, Richard Berry transcribed truly the words of the aggressors, the ones that they had exchanged between them, but also with the family of the victim. Thus, one discovers by their own words, the abyssal stupidity and cruelty commonplace of these people. The goal is to make us aware of the fact that the origin of this violence is a malfunction blatant in our society – the lack of culture and education of these kids – that leads to racism of the primary and the completion of extremely serious acts, without which they measure the reach, or the risk. A problem that affects everyone.

The totality of the facts is tracked by means of flashbacks interspersed with extracts from interviews. It is long enough and actually provided, it seems to be sometimes slow and we would like to finish… But it is precisely that which is relevant because it is there that one takes the measure of the torment endured by Ilan Halimi. While it is unbearable these minutes would be held to show us the ordeal inflicted on this innocent, you realize that this is for 24 x 24 hours suffered this hell. You turned pale as you become aware of the unacceptable eternity that lasted this torture, for him and his family. The worst thing is to discover the miserable motives of the act : to make money quickly to pay his fines RATP, take his girlfriend on vacation… Their actions affect the zero level of humanity. It become devoid of any moral conscience who do not see further than the tip of their nose and are indifferent to the suffering of others…

We are shocked by their willingness to just get in the immediate future, and this by any means, at any cost, while neglecting totally the consequences – hence the title of the film – they want EVERYTHING immediately.

“Everything, immediately makes us aware that, beyond racism, sadly become commonplace, this case reveals a malfunction blatant in our society that affects everyone. “

Through the unfolding disastrous twenty-four days of sequestration, EVERYTHING immediately reveals to us that the kidnappers did not have the reasoning ability necessary to the success of the operation in which they had embarked. Even Fofana, who seems clever enough to have escaped the police during all this time, seems stupid to have kidnapped a smicard to get 450 000 euros, under the pretext that he is jewish and that, therefore, his family or his community must have the means to pay for it. The jews have money, jews help each other, the jews are plotting… Obviously. But also absurd that the fantasies and acts of Fofana may seem, it is essential to understand the importance of his role in this story. It is a “character” to be violent, anti-semitic, psychotic, greedy…. But all the same sufficiently charismatic and a manipulator for itself to recruit a team and communicate its ideas. Its (bad) reputation precedes him and allows him to be feared and followed in its machiavellian plans. It is even which will give a much more religious affair, invoking Allah for the opportunity during his arrest, thus justifying its own inhumanity.

This membership sudden in a religious cause also raises other issues: thanks to the transcript of the interrogation, one can see the large number of conversions to Islam among the captors. They explained to inspectors that this religion would provide them with answers they cannot find elsewhere, that she would be warm and welcoming… The problem being of course the recovery that is made by the radicals who manipulate easily these kids on the road to perdition by making them sparkle no matter what.

So far, Richard Berry was no justification for their behavior. It simply tries to make us understand how and why such things can happen and shows us that the problem is beyond the scope of the anti-semitic acts, even if it counts and proves to us that history repeats itself. In this respect, listing the abuses that are inflicted on Ilan Halimi, one can’t help but think that he has suffered the same fate as the deported : he lived through the fear, the hunger, the cold, the terror, the barbary, it was razed and burned alive… A sort of contemporary version of nazism is emerging in the behavior of the perpetrators in the persecution of the jews in this way and for this type of reasons. This parallelism is deliberately suggested by the film’s director, particularly in the scene where the victim is kneeling naked and shaved before being executed.

In the end, EVERYTHING immediately is a film that is successful because it encourages reflection by focusing on the serious issues of culture and education in the suburbs, anti-semitism and other terrible abuses that stem from it. Force is unfortunately necessary to acknowledge that since then the situation has worsened. That these same young people were also motivated by a desire of consumption have an ideology and claim to now act on behalf of an islamic faith radicalized. That, for lack of words to put on their ailments, they go to the acts and that, jewish or not, everyone is affected. After throwing a little discredit upon the police that it shows groping and clumsy in places, Richard Berry, however, attempt to reassure us a little about the existence of a justice by posting the sentences pronounced against all those complicit in the horror. But this is insufficient, because it is well revolted and appalled by both the stupidity and waste that is coming out of this film. 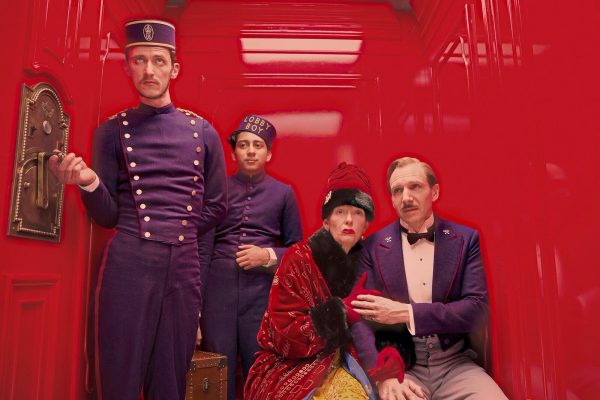