1860, somewhere in the wild West. A bandit seeks refuge in the small town of Bright Hope after having desecrated the graves of a tribe of cave-dwellers. It attracts, in spite of himself the horde, which removes it, as well as several other hostages. The sheriff of the town to their rescue, accompanied by three strange friends.

Address BONE TOMAHAWK is quite difficult without a base of apriori, as the film might at first sight refer to hundreds of others. Obviously The searchers for John Ford with the reading of this synopsis, or the films of John Carpenter at the first appearance of Kurt Russell and the promise of the face of the “abominations.” (read the critique of Felix on the occasion of the advert of The Thing).

BONE TOMAHAWK is proving to be both a “film d’auteur”, and at the same time it does not address any of the themes which one would expect in the context of a rereading of the genre western by independent filmmakers from around the world. Although the engine drama speaks of the confrontation between the white settlers and a people “indigenous”, the first film of Craig Zahler is absolutely NOT a reflection on otherness. The filmmaker sends waltz all considerations politically correct about Indians, in order to focus on a pure exercise of style. For those who have not seen The prisoner of the desert (! attention spoiler 60 years apart !), the beginnings are almost identical. A young girl is kidnapped by the Indians and the men launch themselves to their pursuit. The bulk of the film focuses on the hunt, during which our heroes imagine the worst torture that could have suffered the girl, the nightmare being that it is transformed by these “wild” through a sexual relationship. However, as the film of 1956, the character embodied by John Wayne will gain in complexity, and the boundaries between “Indian” and “White” will become increasingly porous.

In BONE TOMAHAWK , the suspense is the biggest part of the film is also based on the same idea, although the plot unfolds at several other levels to first order independent of each other. We feel that the director takes his foot in the direction of the actors, the first qualities of the film are its dialogues and its characters. Finally, the removal of this sort of princess as played by Lili Simmons, is just an excuse to deepen our understanding of each character : the sheriff without glory (Kurt Russell), the gunslinger arrogant (Matthew Fox), the cowboy infirm (Patrick Wilson), and the old man senile (Richard Jenkins). Each character has a story to be obvious, but the pleasure of the spectator is rooted more in the development of their relationship, compared to their weaknesses (physical or psychological). The great absent of 2/3 of BONE TOMAHAWK it is this tribe of monstrous, and relegated to an imaginary space of the terra incognita of which even the Indians surveyed disapprove of the barbarian customs. However, the idea that will make our characters allows the viewer to speculate about them. This simple work of imagination allows the film to find its continuity, and register of full foot in a suspense own in the fantastic cinema.

“In BONE TOMAHAWK, the monster as primordial embodies the idea of absolute evil, irrational, and unjustified.”

Whence come these monsters ? Have they always existed ? Are they really human ? These are all questions that the movie refuses to answer clearly, and it is probably this ambiguity that is the most interesting. The stories that the characters share about them, as well as the physical details that appear in the last third of the film, refer to an image of primal. It is not for nothing that the heroes of BONE TOMAHAWK , the called Cave-dwellers : they evoke the dawn of Humanity, so that we were not yet out of the animal kingdom, the cruelty.

This monster primal, distorted reflection of our bestial side, makes physical the presence of an idea very american : the absolute Evil, irrational and unjustified. BONE TOMAHAWK, from the evocation of this figure, is of full foot in the fantastic (in 1860 does not change anything), but the answer he gives to the question that haunts this genre is far from comforting. How the freak is he born ? In Frankenstein , for example, the monster is a product of the imagination demiurgic of the scientist. The story is then posed as a safeguard in the face of the technology we we’re drunk. In BONE TOMAHAWK , the monster seems to be there for all eternity, maybe we were similar to him before moving on to another form of society. This idea of essential Evil is quite disturbing for europeans, who are accustomed to find good reasons to the presence of monsters among us. BONE TOMAHAWK removes the guilt inherent in the destruction of this tribe. Aberration without any excuse to save him, the monster must be eliminated.

The guerilla warfare that leads to the 4 men in the face of this monstrosity appears in the film is totally justified. An eye for an eye, a tooth for a tooth. And in the face of horrors like this, have no remorse. Such a feeling from the point of view of the characters is fully justified. The idea, however, is more problematic when it comes to give the viewer the same feeling. After all, BONE TOMAHAWK can be seen as vindication of the war “just” of Good against Evil.

Moreover, it is in the description of this micro-society of monsters, Troglodytes that the film is both the most effective and the least well-written. Effective, because one derives enjoyment not concealed in their barbarism followed by their massacre. Gap of writing, as the film shifts to another theme, that of the eugenics movement (the monsters slow down everything which is low) compared to the difference (the cripple of the band is going to switch the story).

Radical in its content as in its form (1h30 western 3/4 of an hour of horror), BONE TOMAHAWK is an entertainment ambivalent, in which the reflection could have been even more thrust in order to offer the opportunity of a second viewing.

BONE TOMAHAWK deserves that we pay attention to the writing of his dialogues and the play of some of the actors. First promising movie, we expect to see the following to find out if Craig Zahler will be released permanently from the B-series big-casting.

Grand prix du festival international du film fantastique de Gérardmer, BONE TOMAHAWK is one of those films that have destabilized the festival-goers, the image of The Witch (Price Syfy / Canalsat, which I was a juror) and Evolution (Critic’s Prize and Jury’s Prize ex-æquo with Jeruzalem).

• Synopsis : A sheriff, and three acolytes go back to the track of the mysterious “cave” in order to save the hostages of a terrible death
TRAILER 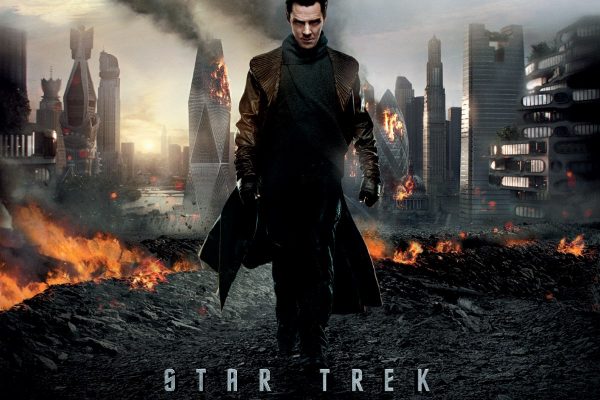