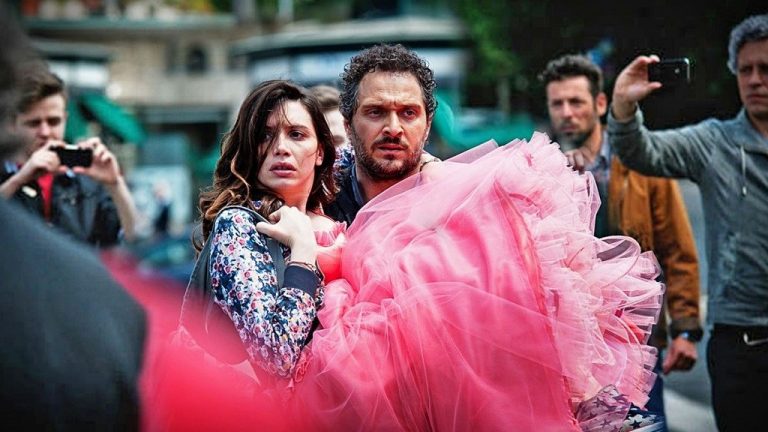 Under the pretext of diverting the figure of the super-hero, It is called Jeeg Robot offers mostly entertainment to multiple influences. For those who despaired of seeing again a film genre(s) Italian, after thirty years of scarcity.

For cancres of the background that have not read my article myths revisited, legends, devious, today I remember that the fantastic cinema likes to draw its bestiary in the various myths and legends that roam the societies, shape their cultures, and give the exchange the symbolic principles civilizational as we know it today. If it is a myth, shaped the course of the Twentieth century on the medium of the comic strip, which became in the twenty-first century the object of all the attention in the producers as well as spectators, it is the myth of the super-heroes. In a first time, we have seen these figures superhuman magnified in their role of hero, by spectacular productions, pompières and applicators, when they were not simply a manichean and childish.

And then in a second time, we saw these superhero calibrated by Hollywood, Marvel, DC and other giants of the entertainment, diverted, distorted, and this is the same process which, strangely, is decrypted on the basis of the daring attitude of a few of the filmmakers of the genre. The time was coming for Hancock, Super and Kick-Ass scratches to the sacrosanct iconic figure of the super-heroes, practicing the technique of the détéritorialisation, dear to Gilles Deleuze. That is to say, by extirpating this subject of study from its natural environment, namely the glossy pages and colourful comics, and universe films Marvel and DC, sets a nothing too good, built to elude the reflection and focus on the action.

IT is CALLED JEEG ROBOT is obviously part of this lineage of movies, super-heroes, posing in declension, modern, or even post-modern suv of some of its representations iconoclasts. The effect of détéritorialisation chosen by Gabriele Mainetti is primarily a work of contextualization of the figure of the super-hero and the narrative which it governs, in an urban setting at the antipodes of structures codified by the comics and adopted over the past thirty years by the cinema. Here, point of Metropolis, the bastion of an american way of life naive. Point of Gotham City, circus gothic criminals megalos and ultra-archétipaux. No, it is in a contemporary Rome, filmed without too many extravagances of the aesthetic, that takes up the story of Enzo, the anti-hero in the process of redemption.

Day in the life of Enzo allows for the representation of Rome as a city plagued by the trafficking mafia, from the turning van on the passage of cocaine through mules, with the background of a social climate which deleterious and plagued by small groups of extremists, which seems to rejoice the clutches of the mob-mentality. This environment that speaks as much to the Italian public that the spectators, accustomed to the mafia world, provides a material that is rich enough to take the story away from the decorum hollywood agreed. However, where the proposal of Mainetti seems to be the most stamped, it is where to this urban context and social, is superimposed a cultural context that will echo various references in the public mind of 2017 : reality tv, variety songs of the Italian street art, porn, manga, and japanese animé (which, curiosity, own of the film, compete with the influence of the usual comics). Add to it, the outbreak of football in the last quarter-hour of the film, and we can say that the world is Enzo is crossed on all sides by the inflow heterogeneous which, in our good old reality, now drive the life of a thirty-year-old Italian.

It is clear that Mainetti positions the film as an entertainment, as we perceive, that the use of these cultural references is, most of the time, an excuse to shift humorous, where the grotesque comes defuse the graphic violence. This offset allows the entertainment to appear more daring than a blockbuster calibrated for the younger audience, but the walls, alas, at the same time in an approach that reflects ever well a long time treatment of violence and the narrative of super-heroes. Between sudden variations of tones and the homogenization of the atmosphere by the veneer of the fun, it seems that the director has not always been able to choose.

If the movie is sufficiently fast-paced and rich in good ideas so that the issue appears only secondary in a major part of the plot, the problem arises in the relationship between Enzo and Alessia, the damsel in distress. In the emotional journey of Enzo, which follows the sex scene, which we will call the bottom the words, awkward, and embarrassing, leaves an impression of malaise, because of the between-two adopted by the filmmaker. For this emotional journey appears to be consistent, he would have had to Mainetti to make a choice. Either to soften this sex scene, and to prolong the tenderness of the relationship between Enzo and Alessia up to the end of the story, arguing that it is precisely the purity of this love story that allows Enzo to believe in his heroic mission in this world of brutes. Or, on the contrary, make the scene even more murky and frankly brutal, and justify that Enzo seeks to surpass himself, to earn his stripes as a hero, because he carries the guilt of that act. In the state, this sense of in-between prevents the film from taking a momentum that would take them further away more of the dynamic the usual story of super-heroes.

In the end, we would have liked the treatment to humorous to succeed to impact most often on the story beyond the simple provocation schoolboy. This treatment can sometimes be in the film to deviate fromstraight-beauferie underlying the world’s mafia, sometimes divert them with inventiveness the codes of different genres are invested. But rarely the two goals seem to be achieved simultaneously. Suddenly, more than a film that questions clothing the figure of the super-hero, IT is CALLED JEEG ROBOT arouses our enthusiasm by his or her identity, independent of any system of production existing in Italy. An identity, a protean comedy action fantasy, as much a tribute to the american culture than the japanese culture, and yet so freakin ‘ Italian in the soul. After thirty years of scarcity in the theater of operations of that country, an initiative like this, the cross-section of genres and influences, is sincerely a pleasure to watch. 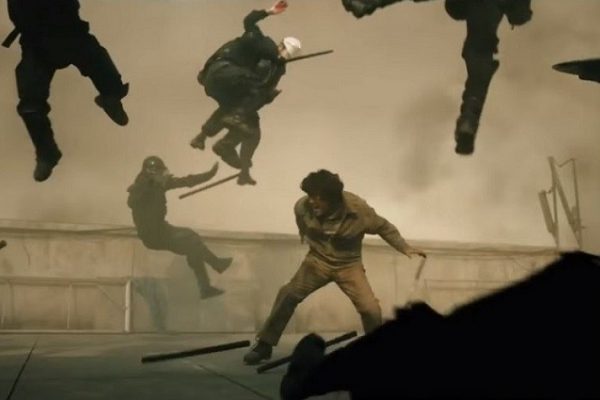