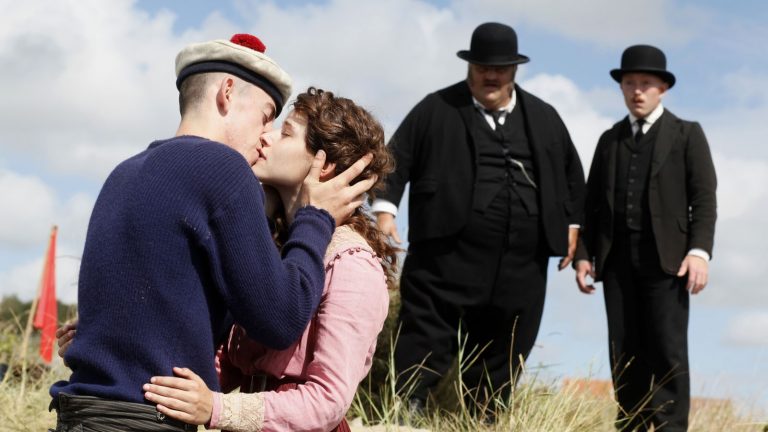 Take Ptit Quinquin. If you have seen the series of Bruno Dumont, and if it has provoked a reaction, then you will find this same feeling in MY LOUTE, lined something new but very complementary.

In our case, Ptit Quinquin had been a redefinition of the concept of cinema in this, Dumont proposed a real experience disarms our viewing habits. The police story (serial killings) there was just a pretext for a dive immersive, quasi-anthropological in a microcosm unsuspected, that of the Boulonnais, including the many characters revolved around kids whose Ptit quinquin of the title, and two cops look completely incompetent. The realism of absolute this naturalism with a tinge of chronic adolescent which contrasted with the manners and behaviours (between insanity, absurdity and degeneration) of the various protagonists, as well as a sweetness peculiar to each of them – upsetting completely our relation to television consumption, through empathy for the abnormality. The tone of the series, very comico-burlesque, his dialogues, non-sensical, combined with his rhythm just in time, did that increase the character disturbing in this “other France” which we will never know if it is staged or real. A theatre experience, a unique and fascinating place.

Bruno Dumont continues with MA LOUTE, his work of destruction codes, accessibility and coherence film. However, there is an extra fullness, as the author moves the plot in 1900, and introduced a new kind of characters to get a different balance from the one that we know of. This time, the world is divided into two categories : the fishing of mussels of the Bay of the Somme (ancestors of the Boulonnais of Ptit Quinquin), and the big-bourgeois from lille, the Van Peteghem. We could only see a class struggle – it is also the case, but only between these two “clans” who hate each other. Because of our view of spectators, the two parties find themselves quickly on the same ground of the deviant and degenerate. Some of their cannibalism, their lack of education and manners, the other by their tendencies to incest hardcore and/or their neurological problems chelous. No, the class struggle is not the center of the film, only a way of addressing other things that are more profound.

First of all, a romance. LOVE ! But made in Dumont. Is My Loute and Billie, the Romeo and Juliet of the film, the mismatched A-to-Z (families, physical, behaviors, etc), but also by the nature of their secrets. And yet, they love each other. A love that will highlight the look of hate in every family on the other, but also which will contrast the zaniness and the inaccessibility of the film by something that does not belong to that Dumont, a sense that is concrete and universal. The evolution of this love will be in addition, the source of this poetry, which irrigates sometimes the film, when these two will return in their phases of abandonment of the other, surrender to the other, or abandonment in introspection. Mine nothing, it is beautiful and yet it is born from the ugliness and humor.

Because of the humour there is in MY LOUTE. A LOT.

On the one hand, the “stars” are revelling in the excess of their characters, the opportunity to see a facet completely new to their game players. On the other, the interpretation of which is similar to a kind of degeneration mental by non-professional actors more true-to-nature, also generates a form of humor. Malaisant, but real because he also unpublished (except if one has already seen Ptit Quinquin).

Beyond that, the humor is born in the contrast between the different characters: they are big bourgeois of Lille mannered or harvesters of mussels cannibals, misanthropes, altruistic, parents, children, adults, children, husband, women, sisters, brothers, men, women, man, woman, cops, perpetrators, victims, priests, nudist… whether it be their physical characteristics (the lieutenant Machin, sort of a hot-air balloon living), psychological (men VanPeteghem, seem to have all been victims of a STROKE), morales (cannibalism, it is in theory stretched, but this is fun), sentimental (the grrr of My Loute, the minimalism of Billie), behavioral (the father mutique, and the mother mono-expressive of My Loute), socio-hierarchical (Binoche surjoue REALLY its bourgeoisie, Luchini and his attitudes)…

“With MY LOUTE, Dumont is continuing its work of destruction codes for accessibility. “

This humor is conveyed by means that are purely cinematic, such as sound effects and situations cartoonesques, running gags, his theatrics (or fantastic), the dialogues and their musicality systematically dissenting, or even the special effects…

There is always something to laugh at all these people, all the time, for all these reasons that collide and lead to a result that is consistently hilarious. Dumont shapes once more a humour strange, burlesque and quirky, but this time allows us a laugh more frank and less bothered: this is not to mock these people, but their interactions. Dumont will take any of even bother to remind us that this is cinema, he is the director of the film and this object is ITS subject, via a few protrusions fantastic completely absurd but also logical.

But this humor singular and unique not belonging to Dumont, serves as the link between the universal, and the obsessions of the author. As this quasi-refusal to date of casting bankable; guarantor, one assumes, a certain authenticity, and the ability to stick to the reality of socio-emotional of a subject, whatever it is. See Fabrice Luchini, Valeria Bruni Tedeschi and Juliette Binoche, actors very estampillables nerd-populo-parisiano-leftists (well more or less), present in an author who frees us completely of these codes, it is absolutely not free. As we said earlier, the filmmaker does not their will but the perverts fantastically.

Maybe Dumont did he wanted us to experience a kind of paroxysm of popular cinema (real people + popular actors) ?

May be the filmmaker he extrapolated the struggle of the class of his film, to a conflict between the spectator and the work, confronting the guardians of good taste and culture, and those in front of it… without specifying which of us, artists or characters, was what.

Perhaps again, the author has t-he process to the reverse process of identification, that is to say, one of its actors to their viewer, to reflect our own way of we self-proclaim judges of the condition of others ? Their reactions offended (“those people”, looks shocked, the imitations, but also the paradoxical “this is beautiful” in the face of normality) do not return-they not to ours ?

MY LOUTE we seemed to have a critical look and disturbing, almost metaphysical, that of the author on the public who looks at their work, identify themselves to spectators who find it.

Although this consideration does we ever left during the projection, it is not the heart of the film but a simple interpretation track, the one that justifies the better for us, the absurdity of the film. To conclude more rationally, we will retain that Dumont and his camera empathic, able to give, by the humour and sensitivity, a logic to all acts, behaviors and deviances. Thus, a certain humanity bursts through each character, and a certain melancholy. That is, it may be that the purpose of this film : take a fresh look without hate, a world that is unrecoverable. 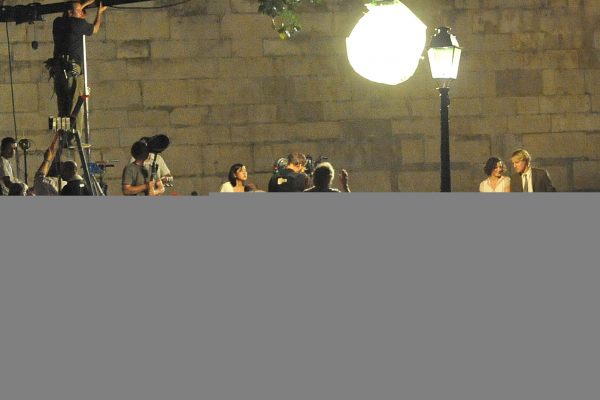 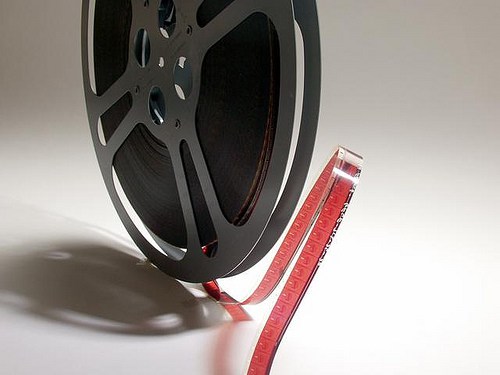 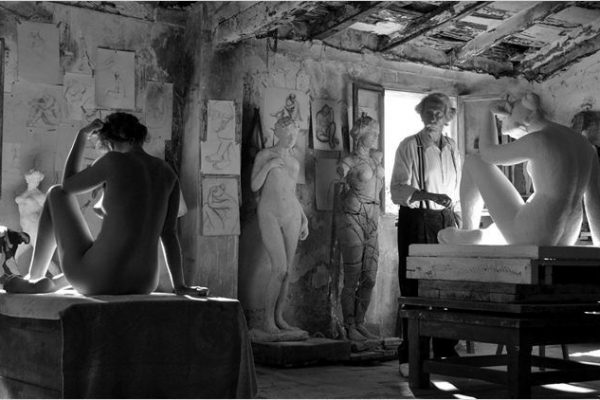