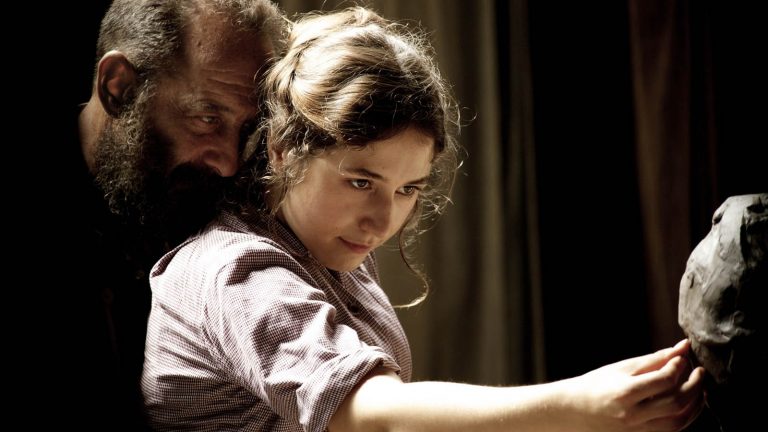 After Camille Claudel, 1915 by Bruno Dumont and that of the other Bruno (Nuytten) with Adjani and Depardieu, it was just to make a film about Auguste Rodin, in particular, on the occasion of the centenary of his disappearance. When it is signed Jacques Doillon and interpreted by a Vincent Lindon masterful and powerful, we can only rejoice in it.

Originally, RODIN had to be a documentary commissioned by producers Doillon after you have seen his carnal (but nevertheless disappointing) My sessions fight. By documenting, Jacques Doillon has been able to help give life to the character, to imagine his trade, his work as an artist and after the agreement of Vincent Lindon, the fiction is imposed : RODIN was born. For this film, Jacques Doillon has chosen to focus on a specific period of the artist’s life, when at age 40, he finally receives his first command of the State, The gates of hell, inspired by Dante’s Divine comedy. Doillon to bypass the biopic, comprehensive, and possibly illuminating to film his usual dialogues behind closed doors, intimate and lived-in. And then, Rodin admits readily to his friend Cézanne, the borrowing of doubts, “I was nothing before my 40 years”.

“I don’t seek to please, all I want is to be true”

1880. Rodin is already a past master in the matter and enjoys the recognition of his peers. He comes to realize in The bronze age which has left behind him a scent of scandal as the perfect proportions between the model and the sculpture give the impression of casting. Finally, as he says himself, he is criticized that there is “too much life” in his sculptures. Rodin works hard for his art resembles life, “I seek not to please, all I want is to be true”.

At his side a young student, Camille (Izia Higelin impetuous and slightly annoying), whose talent attracts the attention of the Master. Soon she becomes his indispensable assistant and then his girlfriend. We know all the story lover, who binds Claudel and Rodin, but Doillon opted for a cross-walk interesting by attaching itself to nuance their link. Of course Camille Claudel suffered from being in the shadow of his master and the lack of recognition, but Rodin on his side has also suffered from its absence, of its excesses and of its paranoia. Camille wanted it exclusively for her and wished to become his wife. It refuses, despite its promises, but will never cease to support its work. The back-and-forth between the lovers exhaust themselves so much that they panic and Camille ends up slamming the door of Rodin. “I was an exclamation point, I became a question mark”, she laments.

“Rodin is an intimate portrait of the sculptor, played by a Vincent Lindon masterful. “

The woman from the shadow of Rodin, it is rather Pink (Séverine Caneele, ever the actress of The Humanity of Dumont), his constant companion that he would eventually marry in 1917 a few months before his death. He speaks of it as a gift of God, and in spite of his love for Camille, despite his many mistresses and his taste for flesh, Pink, him will remain faithful all his life.

The film also reflects on another of his major works, the Balzac that Rodin will be seven years to complete, which was destroyed by the misunderstanding of his contemporaries (apart from his fellow artists and supporters of her work). Doillon captures the loneliness of the artist, alone with his work that whispers a different truth that others can not hear.

RODIN would have been nothing without Vincent Lindon who delivers once again a masterful interpretation. It is Rodin. His presence is electric and sensual, her eyes soft and melancholy, her unshakable strength, bring to the film its depth. Doillon films the creative act as he filmed the love, in its curves, its lines, its chaos and its jolts. His staging is fluid, a bit academic sometimes, seems to erase the ellipses for the benefit of a time that flows, unchangeable as the life, as Rodin. The movie takes place over about ten years, but nothing comes to fragment the linear story. Stunningly lit by Christophe Beaucarne, RODIN is all in soft lighting, organic, earth. The earth is for Rodin the material the more noble, that which one kneads and shapes, the one which contains the lives of who knows how to exalt him. Exactly what has succeeded Jacques Doillon with Lindon. 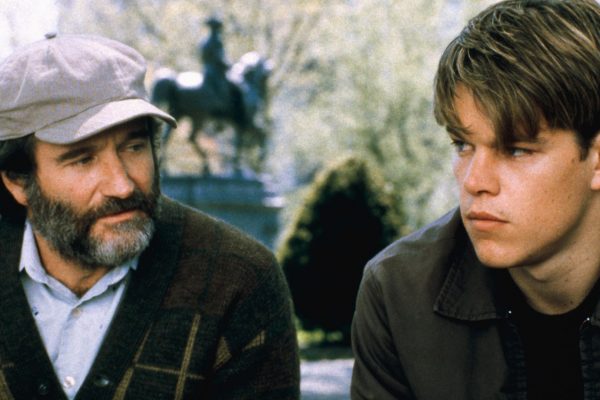