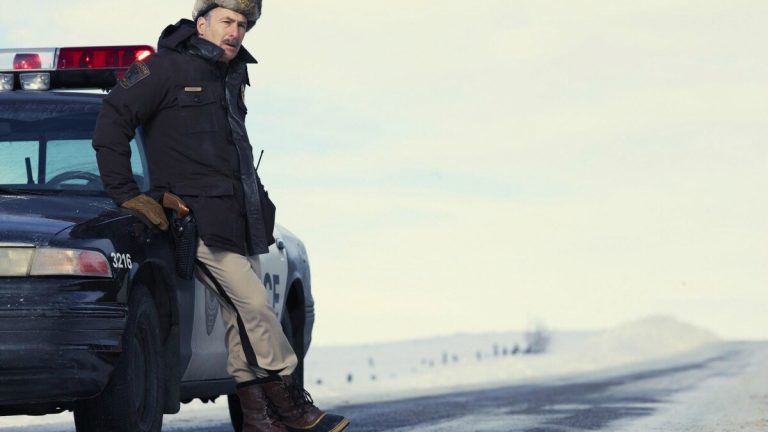 Hasi-I already expressed my visceral blood and love for the Coen brothers ? I don’t think. And so much the better. When there is an attack to his fetishes, it is so complex to find the height. Endless dissatisfaction, the work would never. Not that the article is worthy or satisfactory, not, far from it, but because the sake, not of well-doing, but try to do it well, is then constant. We try to be to the height, it never will be. Is born then a deep frustration and a clear vision. : the talent is their, the recognition is mine.

Then how to attempt to attempt to be level ? The fear of failure often leads them to simply avoid evade a vain clumsy attempt to critique elegant, sensual, and perfectly controlled. Because this is the key of their movies so special, unique and stunning. Or so, it takes advantage of the arrival of a series inspired by a film that they were to completion. Criticize a product that is derived from an original work of art is seen as a good alternative reassuring. If the product the second is less good, this allows a criticism of the same level in which one can still slip in some praise to the masters.

So here we are, with FARGO, the series. Beautiful film of the brothers Coen to the realization also implacable than perfectly mastered, the series struggled from its simple conceptual idea of the weight of a original strong. To be the daughter of such a work brought a lot of pressure. Negative pressure that may be deleterious by the desire not to disappoint the fans, but also positive pressure for the challenge to be a series of at least equivalent quality to the film.

The verdict is without appeal : the series succeeds brilliantly in his bet. What delights me and saddens me ; now, it will be necessary to deliver a critique of fairly good quality. The first clue to this success, for me, was the chain producer : FX. American chain which I particularly appreciate the programming : Nip/Tuck, Sons Of Anarchy, Archer, Louie… The base of the creation was thus rather strong. The reliance by the chain as well as the freedom it gives to each of his creations of course allows a full development for the unfolding of a story is deliciously macabre. And this freedom expresses itself as much in the writing than in the realization.

Actually, the series does not hesitate to resort to violence. No gratuitous violence, I assure you. Each producer has its own form of violence : cathartic and tragic Scorsese, as theatrical as funny Tarantino, the ultra-aestheticized Nicolas Winding Refn, the icy and surgical Haneke… Here, it was one of the Coen brothers. This form of brutal violence, absurd, arousing the nervous laughter, offbeat, but always ultimately in agreement with the about philosophical. To realize this, it is enough to simply look at the driver who manages to crystallize all of this and give an overview extremely accurate of what will be the series over the course of the 10 episodes in the first season.

The beautifully mastered pilot was able to crystallize also, it is the strength of the writing. The series is a credit to the storytelling talent of the Coen brothers. The narrative line is exceptionally rich and complex. And she succeeds, of course, the tour-de-force to be extremely fluid and pleasant to follow. The plot is large and intertwined elegantly several intended. The dialogues are rich, perfectly paced. The plot advance so as well at the discretion of the action than words. The story that unfolds under our eyes is only matched by the wealth of characters it presents.

The cast is obviously a strong point of the series. Bob Odenkirk of Breaking Bad is irresistible in a police officer local. The role it sticks to the skin like a tattoo of a youth at school with the help of a compass and an ink cartridge : indelible and stupid. Martin Freeman, also known for his excellent performance of Dr. Watson in the SHERLOCK series, sign here as a composition perfect in the role of a seller insurance stuck in his daily routine as fascinating as the falls of snow that make up the scenery of his city. And Billy Bob Thornton, rogue/assassin, is as sharp as his clerical cut.

The cast, in fact, is so great. However, let us not overlook the rest of the characters. Boasts heads of posters, the series does not fall, then, not in vanity and histrionics. Each character is worked both psychologically and physically. Each actor has a true identity as well abstract than concrete. The series then, in the image of the writing and plot lines, brews a population of individuals and this, without ever losing the viewer. The gallery is impressive and consistent. No one feels they have been wronged and lost. And even, it gives an equal interest and concern to each of them.

The series is extremely impressive by the mastery it gives off such a complexity. This wealth of magnetic and mad is already in itself a feat. But FARGO regrowth then the limits when it allows us to assist in the evolution of the characters and becomes a fresco consequent social. Issues, powers, relationships, themes are many. The only the most famous example that I will mention here in order to avoid any spoil, is the metamorphosis of the character played by Martin Freeman. Impulses inassouvies, the desires, the meanness, cowardice, in short, the human in all its splendor is here sketched.

“The philosophy of absurd is essential as the driver and conductor of the story.”

If the human is also well designed, it is through this such a special way of telling a story, a direct result of the style of the Coen brothers. The perfect tone between the fair description of the reality and the expansive and disproportionate nonsense that the turn of events can sometimes take. The eruption of madness in a mechanical monotone. The collision of circles supposed to never cross as a trigger, the revealer of the depths of human. The philosophy tragico-absurd essential as the driver and conductor of the story.

If the purpose is well served, it is because of, you guessed it, to a realization of the more than honorable. A color palette is always in accord and consistent plunges us directly into the world of the series : the anorak red, the pure white snow… Everything involved in a painting characteristic and pleasing. Decor, fashion but also music of course. The soundtrack is also a treat and perfectly underlines the key moments of the story. Proving also sometimes funny, it rips the smile with a recurring theme that makes the viewer feel more comfortable in this universe and make him feel the events in the right tone. To complete this, it is sufficient to note the extreme skill of the achievement that allows you to highlight thanks to its plans for the next absurd as many characters as situations. And special mention to the sequence of the episode 7 that I let you discover with pleasure and sharp-edged smile on his lips.

The absurdity of a critique that holds it in its ambivalence. Success to be long-winded all along, knowing all the while being thoroughly brief for his conclusion. So let’s be brief while trying to be at the height. Worthy heiress, absurd, relentlessly well-written and staged, FARGO is a series of stunning, intoxicating and extremely worked on delivering a fun also chilling that the universe has snow in which she bathes.

• Synopsis : In 2006, Lorne Malvo arrives in the city of Bemidji, Minnesota. It influence the local population by his violence and his wickedness, and, in particular, the insurance salesman Lester Nygaard.
TRAILER