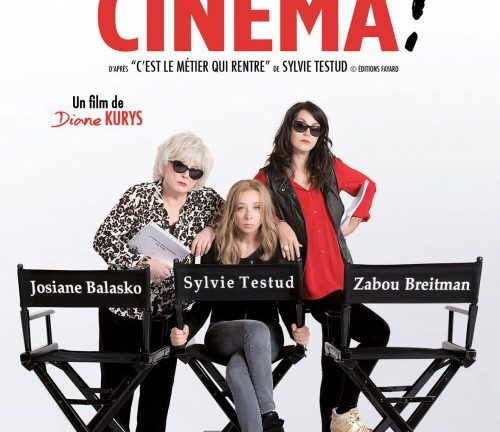 ORDER YOUR CINEMA ! this is the story a little far-fetched, even if inspired from reality, an actress who is offered the opportunity of making his first film (his biggest dream) by the two producing as horrible as perched. Result : it goes from compromise to compromise total of his project, leaving his family, his beliefs and his pride to rely on these manipulative who are walking on the head, promising the moon.

It is a bit like what happened to Sylvie Testud in “real life” when she wanted to make her second feature film, which, in addition to have been denatured in the end, is seen to be cancelled 3 weeks prior to the beginning of the shoot. In order not to stay on this ” failure “, this last decided to make a book instead of a film, entitled This is the job that fits. Diane Kurys having loved the book it was then proposed to adapt for the cinema by insisting on the apparent humour of the story. Much evil he has done ! If there was enough there to spark interest, stir and make people laugh, it is a pity that the director has decided that the last register and is so excessive that it sweeps away the rest.

In fact, in his book, Sylvie Testud , tells with self-deprecating humor and unapologetic, which is more or less happened when she refused to see the evidence to believe in a project doomed in advance, but to which she wanted to believe above all else. It makes it-even the parallel between this relationship with the two producing horrible which lead to the heroin in their madness, and a love story : one where everyone warns you but where you go head down. Then, the more the dark reality gives reason to those who had warned, the more you insist in lying to yourself as much as to others. The more you do concessions, the more you tell yourself that you can’t stop there because it’s going to end up walking and that all of these sacrifices find their justification. So, to not admit mistakes yet, sailed ahead and the guilt that follows, you get stuck and stay in denial until you’re at the foot of the wall. Sylvie Testud has taken the party to tell it with humor in his story, because it is better to laugh than cry, and perhaps “exorcise” things to digest…It is therefore hoped that an adaptation as funny as touching.

Knowing the inclination of Diane Kurys to make films totally or partially autobiographical, it is also expected that it impresses his touch and his personal experience. In this case, it is, however, remained very faithful to the text and dialogue but changed the tone, from the ironic to the vaudeville, and frankly we can’t say how well it was inspired… The movie would have instead won to be dug in a deeper sense that comic. Moreover, it has also changed the final scene and made too self-indulgent attitude of the husband, dashing any hope of credibility.

It is a shame, because beyond the casting for the less friendly and talented – Sylvie Testud, Josiane Balasko and Zabou Breitman (the torque-producing), François-Xavier Demaison, Fred Testot, etc, where everyone has its role perfectly, the film was rather good start, addressing more topics that could be interesting for the viewer. To begin with, the idea of visiting “behind the scenes” of the cinema was rather nice. The movie begins and by the end of filming : last scene, the clap of the end and the sensations of the actress for that one adventure ends. Then, it invites us to follow the path of the fighter that represents the production, the many concessions that one must make in order to make the project viable and for it to meet the public – or even a wide audience… the sacrifices sometimes necessary to make things happen, including abandoning his family to devote more time and energy to the writing of the script, the preparatory work for the shoot. We enjoy the work of seduction needed among actors “bankable” so that they accept the role, their whims of the star but also of the galleys in which they may find themselves. Finally, there is the question of the handling of these producers who have the “power” to decide if a movie see the light of day and in what form, according to their interests. And, of disappointments, in disillusionment, renunciation in abnegation, the developer can see his dream turn into a nightmare. There is all of this in ORDER YOUR CINEMA ! but pushed to the extreme, even to the absurd…

“In spite of a history and a casting seductive, the caricature pushed to the extreme of the characters robs the film of credibility and emotion.”

Result : If you can’t applaud the self-deprecating humor exhibited by all of these actresses (who are also directors) and the note of humor that this impulse to the film, not too much should. If the duo’s crazy Balasko / Breitman makes us smile at the beginning, you’ll quickly find this to be excessive, even a little heavy. Finally, if Diane Kurys has had the intelligence to leave enough independence in his players so that they flourish in their role (bringing a personal touch), she has not been able to avoid falling into the caricature. It is this combination that makes it unfortunately impossible to have empathy and emotion. All the ingredients were good but we regret, finally, the dosage and the result.

ORDER YOUR CINEMA ! it’s like a joke that could be funny, but drags on to the point that one ends by getting tired of waiting for the fall, which is disappointing. The more the film advances, the more the situations are exaggerated, until you lose all credibility. So much to say without revealing anything, the ending does not help things. It lacks, on the contrary, the opportunity to provide a moral or an interest in this laborious journey, or even just a bounce interesting. One cannot help but think that it is a shame with so much talent gathered together, and a story that was rich enough to extract a range of situations and emotions far wider. In the end, like the story it tells, this movie seems to have lost the soul of his subject in the course of interventions of each.

Carol, Creed, Bang Gang, And your sister, A Second Chance, The boy and the beast, etc

• Synopsis : It is in the enthusiasm that Sybil starts writing his first movie. Actress recognized, it will pass for the first time on the other side of the camera. Everything seems to be smiling. Its producers Bridget and Ingrid are the two characters wacky but endearing and Sybil throws herself with them in the adventure, putting aside her family’s life. But, the choice is unlikely actresses, rewrites successive scenario, passing by the refusal of the financial, the marvelous dream will turn into nightmare. Incorrigible optimist, Sybille will realize too late that its producing freakish and totally crazy will lead them in their madness…
TRAILER 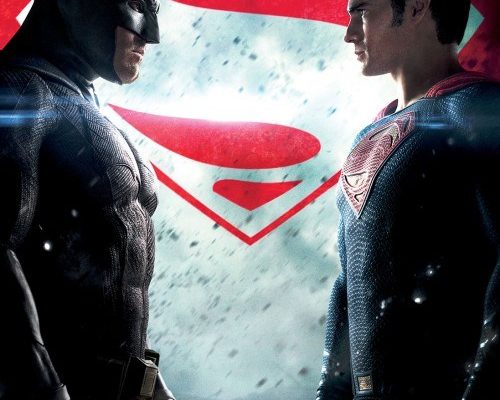