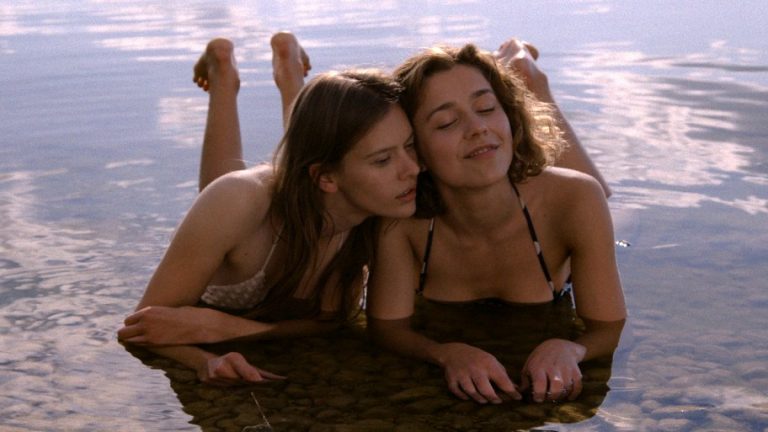 Alanté Kavaïté mesmerizes and captures all the beauty and natural of the adolescence in Summer, a true moment of grace.

With SUMMER director Lithuanian Alanté Kavaïté, who studied in France (National School of Plastic Arts of Avignon and the Ecole Nationale Supérieure des Beaux-Arts in Paris), directed his second feature film (after Listening to the time in 2006). A work scope on the adolescence, as a stage prior to the adult world. It follows the young Sangaïlé, footprint of a hurt and a loneliness recurring to his age. It is with simplicity and elegance thatAlanté Kavaïté approaches his subject. Working particularly well with the bodies of his actresses, she manages to capture true moments of grace that combines poetry and lucid dreaming. SUMMER, which won Awards including the Best Film in Silver Cranes Awards (the equivalent of Caesar in Lithuania) is sensitive and a beauty hypnotic experience.

Sangaïlé is, like many teenagers, into the unknown. Not knowing what to do later, it is exposed to the pressure of his parents. Or more particularly of his mother, a former dancer who sees in his daughter, young and sublime, his past that she regrets. In the Face of this abandonment of parental Sangaïlé is unable to express its distress except by cutting off the arm in a precise manner, realizing each time a kind of ritual. His meeting with Austé will be a way for it to build and flourish. If the romantic relationship of two young girls carries the film, Kavaïté not looking for much to speak of homosexuality. And this is where all his intelligence, to see his modernity. Because even if the film treats their relationship as normal as a heterosexual couple, the filmmaker says, to reason, to have wanted to avoid reducing his words to ” a boy strong who helps a young girl overcome her weaknesses “. Here, Austé returns to Sangaïlé a mirror image of itself. It is only by his character. The question of the genre being perfectly drained.

“A work of sensual and intoxicating.”

Unfortunately Summer is in the end limited in his scenario, and proposes a pace difficult, often remaining in a slow contemplation. Despite this, the director bewitches by its mise en scène (Award for the Scene at Sundance 2015) and manages to deliver a work of sensual and intoxicating. Always putting his camera in a sensible manner, causing dizziness (from the state of Sangaïlé) as well as smooth, consistent or décadrant its characters. The latter, she follows them and shoots their body, with delicacy. A neck, an arm, a breast. In front of the camera Kavaïté, each part of the body of these young girls we charm.

It emerges, then SUMMER, thanks to the excellent work of the director of photography Dominique Colin, a sensation of coolness. With a sky often cloudy where the rare rays of the sun struggling to show itself. Away from the summer heat to which we could expect. This accompanied by a soundtrack, successful, signed Jean-Benoît Dunckel, member of the duo Air. Of pop songs and electro-pop that create a seductive ambience and insist a little more on the modern character of the Lithuanian youth. It also carried well to the front as nostalgic of a past that she did not know, but she can only fantasize. As we unveils Austé, by his room decorated fashion clothing, dresses style, 1960s, and his taste for fashion. The female duo formed by the beautiful Aistė Diržiūtė and interpreter of Sangaïlé, Julija Steponaityté, girl slender beauty simple and natural, award-winning the Silver Cranes Awards (Best Actress), is then obvious.