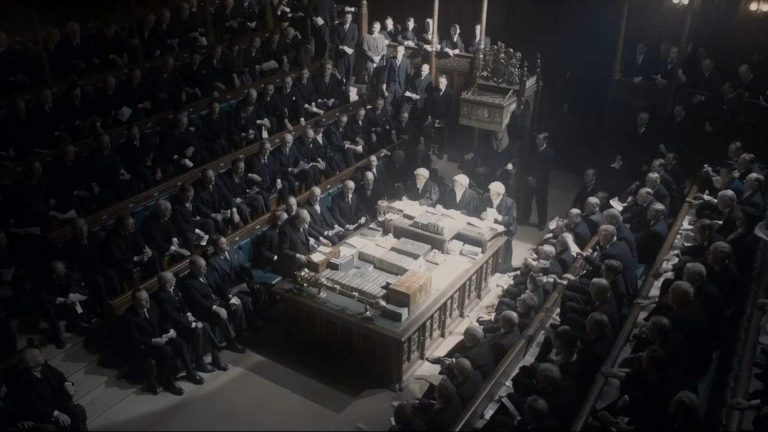 Under the formal mastery and an arsenal of words, Joe Wright deploys his sense of dramaturgy in the service of his character, his legend, Churchill, played with consummate skill by Gary Oldman.

The Story is so extraordinary that it can visit. Of the relics, traces of a presence. As if the shadow of the legends that hung over that of ordinary people. And when you walk along the cramped corridors of the Churchilll War Rooms, all temporality is amended : a kind of jump in the past where the oppression is mental from the Churchill is found, evidenced by the narrowness of these passages to be myth. Become, or rather feel the time of a trip the emergency and the situation of the providential man. Of the dark hours, but before any underground. But this wandering in the maze of the past, do not remain motionless figures, of the words smooth on panels teaching, and memorabilia framed. A story without life and without movement. Until Joe Wright captures the essence of this museum of wonders, to make these wax statues, the immersive reality of the last bulwark against tyranny.

And where Dunkirk is focusing its disposal on the implementation of a policy through soldiers in agony, a countdown timer and a hope of survival, DARKEST HOUR borrows its strength from the power of discourse and the minutiae of his return : the silence of the experience Nolan, prefer the words, transformed by Churchill in the balls invisible also challenging for the people as destructive to the enemy. Its dramaturgy is ticking, the tension becomes all the more present, important (or timely), to make the policy a slippery terrain where the war would take place on all fronts : internal and external, public and personal, and it is only a question of strength, of character and defiance in the face of the belligerent.Joe Wright draws the portrait of a [Great] Man, assailed by doubts, and time : in this future conditional sentence, the dilemma, the tenacity, between freedom and sacrifice, the narrative is meant to catalyze its antagonisms, the will of the Lion, tender and fierce, a symbol of the nation, preferring the victorious opposition to the loose accountability. And in this, THE DARK HOURS is a film about the clash : from his opening where the clamor barking their opinion to the stubbornness of a guide refusing the surrender, the whole dynamic is based on adversity, the challenge, and uplift.

Like to shine the spotlight on what Churchill, advancing and battling, despite the obstacles. A character portrayed with complexity and humor, making his punchlines and his spread, a weapon as much as a fluffy toy to inspire his people. A work as a necessary response to the Brexit : hang on to Churchill in a world where the nations are repelling, self-destruct and withdraw from the common fight.

Even more so when Churchill fits in a subway car to probe and to unite its population. A scene intense, a referendum is a direct and exhilarating where the plebs stands behind the question of the abandonment of the struggle which resonates with a single voice: “NEVER “. And under this rhetoric of iron, are the words mitraillent at a pace impressive.

“A staging of a goldsmith.”

Talkative, academic and theatrical, THE DARK HOURS , but for the better, for the eloquence of his everything and the force of its realization. It is necessary to say that Joe Wright is a past master of the framework, evidenced by his sublime plan-sequence of come Back to Me. A staging of a goldsmith, where the connections and transitions are inventive (an elevator in the shadow, in this aerial view of the front turning itself into a corpse of a soldier) and plans for an absolute perfection.

Everything wants to be constantly in motion, buzzing with excitement, as if the camera represented the spirit boil of Churchill. It is a beautiful way to enliven and energize the ” film academy awards “, to the point of transforming the work conventional, and without a soul in a hard-hitting film, and clever. And at the heart of this formal mastery, the interpretations come only strengthen the quality and solidity of the work.

Gary Oldman, under the layers of prosthetics and makeup, book a performance colossal : of mimicry, in intonation, it is Churchill in all his presence and his rage, until his outburst drawing upon these rantings ” docent “. In the second plan, and in the privacy of the Man, Kristin Scott Thomas excels as much as Ben Mendelsohn in his subtle and perfect incarnation of George VI.This vibrant exercise of word and face, there emerges an undeniable mastery in the service of his dramaturgy. Even if the whole may prove to be simplistic and conformist, DARKEST HOUR is no less a piece of excellence, where the godfather of a country is the emblem of Victory under the obvious tragedy. Because of the brio to the internal bravery, count the politics of lost causes. And behind the arsenal of words, revolt a mind in motion. A Window on speech, contemplating the man under the stairs, and fight to never surrender. 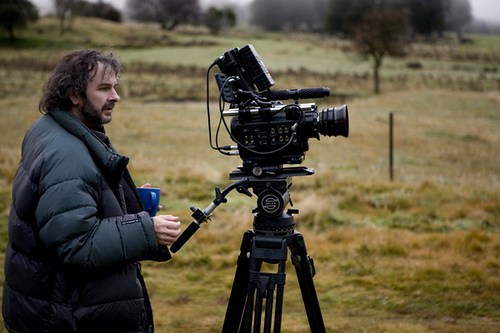 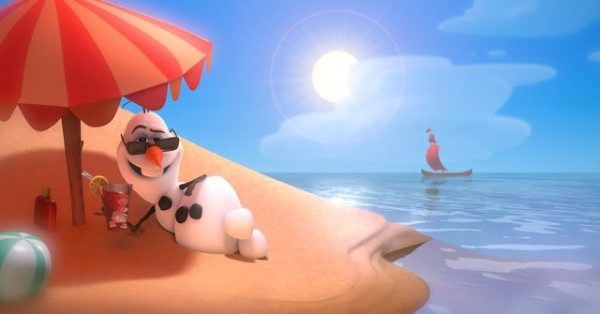