At the occasion of the release of the second installment of the HIT GIRLS (aka Pitch Perfect) on July 22, in France we plunge back in the first part of the adventures of Bella.

Beca’s dream is to become a music producer. But now, his father, a teacher at the faculty, don’t see things the same way. After having “encouraged” to attend by registering at the university, it requires it to be part of a group to make friends(e)s. If the adventure was not to his liking, he promises him to help him move to L. A to fulfill his dream. Assignor to the deal, Beca integrates the Bella, a group of singers a cappella.

Without great ambition of setting the scene, THE HIT GIRLS is based on a script basic built around predefined steps and classic. Just as Dante through the nine circles of hell to discover the center, the singers, armed with songs hyper sexist and niaises, confront the moments of humiliation and ridicule to reach the holy grail : the final of the national championship of singers a cappella. And to take this path, Kay Cannon, writer of the film (or would this Mickey Rapkin, author of Pitch Perfect : The Quest for Collegiate A Cappella Glory, a book which inspired the film) creates a gallery of characters caricatured and stereotyped. This is the blonde and obsessed with control, or the blonde overweight to nickname herself ” Fat Amy “, each spread on its course replicas burlesque and ridiculous. Without any restraint, sharp, and often illogical, the lines of dialogue reinforce sexist stereotypes (for example, with the comments of the presenters of the championship Gail and John), the stereotypes worn by the characters but also the absurdity of certain situations. Forcing the traits of the comedy in his last entrenchments, THE HIT GIRLS sometimes takes the air of a bad joke with his schoolboy humor. 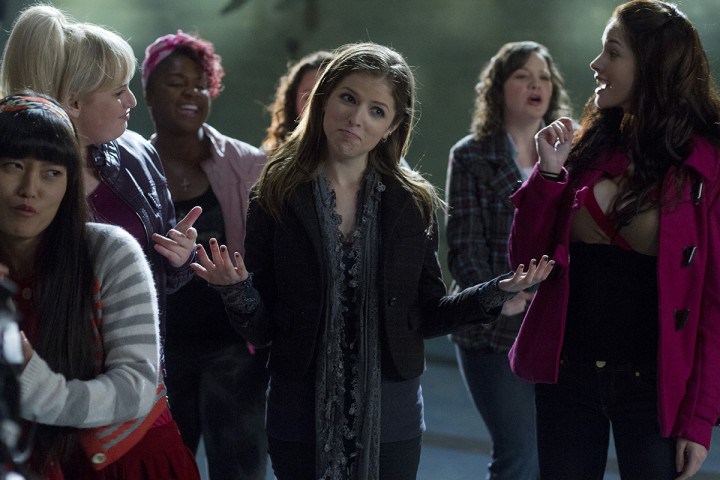 And yet…. and yet the end result works. Despite all these flaws, the film offers good entertainment. Unpretentious at the level of the stage, but thanks to a nice cast, with musical numbers mixed “variety” american and well-known tunes and a “down to the thorough” is sometimes exaggerated, THE HIT GIRLS take a dimension moving in reverse with know-how some of the ideas conveyed by the film itself. The popularity of the Treblemakers appears to us as natural as the unpopularity of Bella. And yet how many of us have thought that being part of a choir (with instruments or not) is nerdy? And we’re to believe that the members of these groups a cappella deserve to be popular! It must be said that by hiring Aakomon Jones,the choreographer of Justin Bieber and Usher, the production has been referred to above.

But this technical know-how is not the little more which makes the movie surprising. Where THE HIT GIRLS is amazing in its conclusion … well sort of. Trying to conform to the traditional image of the old Bella ( a mixture of your dream body and physical look nice stereotype conveyed and perpetuated by the leader of the group, Aubrey), on the way home in their uniforms schoolgirl of another era ( or at least an abundance of stereotype of the woman of the 50’s) the ” new ” Bella always fails. It is through the acceptance of their physical appearance, their personality and their differences that the group succeeds on the razor’s edge to déringardiser and modernize. It is not often that an american film encourages young girls to accept their flaws (physical and psychological) and drives them to abandon the traditions (here even the uniforms are abandoned). This is already an air of change.

“Beyond a scenario of basic, and the lack of staging, the film manages to surprise us by being a good entertainment, not having the fear of exceeding certain limits of decency.”

Despite the lack of stage-setting, a scenario highly telephoned and the abundant use of the characters stereotyped, THE HIT, a GRILL is a entertainment who knows how to use and abuse and its red tape to make assets sharp and funny. Worn by musical numbers to be effective, and a casting-to-measure, the film offers a conclusion a pleasant and encouraging. 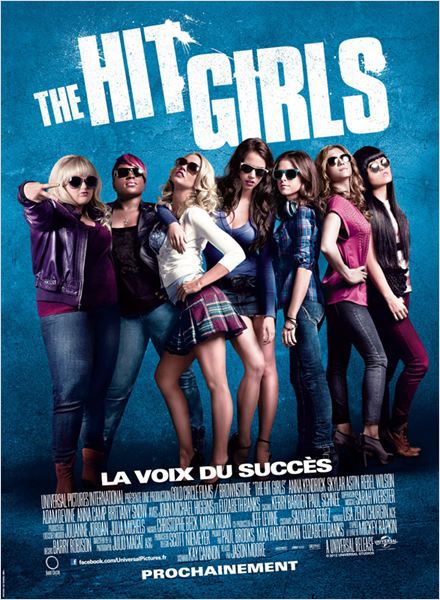 • Screenplay : Kay Cannon based on the work of Mickey Rapkin

• Country of origin : us

• Synopsis : Beca is the kind of girl who prefers to listen to his MP3 player as the person sitting in front of it. Freshly arrived at college, she struggles to find his place. It then integrates, more or less against his will, a clique of girls that she would never have considered affordable or dubious in nature : a mixture of sluts, good pasta, and the original whose only common point is the perfection with which they sing a cappella. And when the new came the initiates, beyond the customary arrangements and harmonies of classical, interpretations and combinations of musical and innovative, all rally to its ambition to access the top of the podium in this pitiless universe that is singing a cappella at the university, which may prove to be the coolest thing they have ever done, or the craziest.