Walter led a peaceful life, until he discovers a strange novel, The Number 23. First intrigued by this thriller, Walter soon realizes that there are haunting parallels between the plot and her own life. Little by little, the universe of the book invaded their reality to the point of obsession. As a Fingerling, the detective of the story, Walter is every day more fascinated by the hidden power that appears to hold the number 23.

This number is everywhere in his life, and Walter is more and more convinced that he is doomed to commit the same murder that Fingerling… pictures nightmare began to haunt him, those of the terrible fate of his wife and one of their friends, Isaac English. Walter cannot escape the mystery of this book. It is only by discovering the secret of the number 23 that he will have a chance to change his fate…

There are also 13, the 7, the 666 or the Number of Gold or even Pi. But here we are talking about a different number, 23. Joel Schumacher (Tigerland, Phone, Game) sets the scene Jim Carrey (The Mask, The Truman Show) in a thriller that flirts with the fantastic. Both say following, the film is pretty bad. There is a background of psychology of counter which makes it a little bitter conduct any due amount wobbly.

Walter offered his wife by a book, ” The Number 23 “. He accepts, without any great euphoria. Then eventually takes the game to browse, to read, to literally devour him. And then he imagines a second life, a parallel life to hers. That of the book. Because he is convinced that the latter narrates his own life. Has a detail, he is the detective Fingerling in its pages. A mysterious man, dark, and prey to torments endless.

Walter is also going to fall into the endless spiral of a disqualification pseudo-mental.

Jim Carrey himself is fascinated by this figure since his production company is called JC23 Entertainment.

But where it all gets stuck in the film, it is his side draft, and clutter. There is something wrong but we don’t really know what to say. Not to mention the irresistible urge to reduce everything to this figure that, between us, means absolutely nothing. We are swimming completely in the burlesque when Walter begins to show his wife and his son that everything is connected to the number 23. Short course of calculation : they inhabit in 1814, so 1+8 = 9 and 9+14 = 23 dixit the film. Yes, but why not add 1 and 4 also ? What we would give 1+8 = 9 and 1+4 = 5. 5+9 = 14. Bingo ! I got ‘ em !

Then, after, when Isaac English, a teacher extraordinaire, tells us that 2/3 = 0.666, and so the number of the devil…

All this to say that this film, if only by its calculations, which does not have neither head nor tail, does not actually 2 seconds up the road. It takes a tree, with a trunk monumental, in your face.

The Number 23 is in place, in your films of Schumacherat the side of other “jewels” of the director, we can quote Batman Forever – where he and Jim Carrey was already on the same plateau – or the very successful Batman & Robin (private joke, when you hold us). In all cases, it may not be a good film, if only by its storyline disjointed – made by a writer unknown-her script to the ras down to earth and a total lack of common sense.

There’s something good to remember then, you ask ? Jim Carrey is not too bad in her role at double-employment. Include a good photo, done by Matthew Libatique (Requiem For A Dream, Gothika, Iron Man). The rest is quickly forgotten. 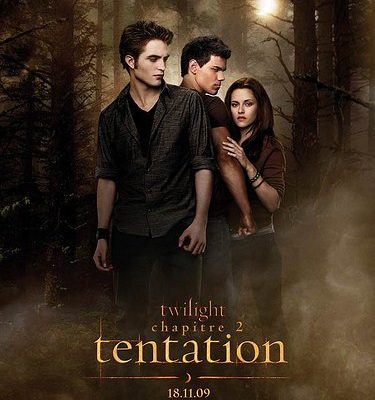