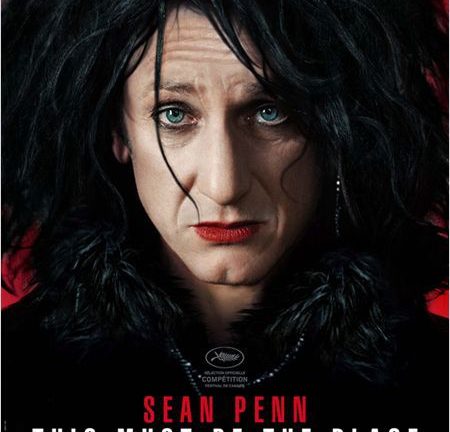 Cheyenne is a former rock star. 50 years ago, it has retained a gothic looks, and lives on his pension in Dublin. The death of his father, with which he had cut the bridges, back to New York. He decides to continue across America, the vengeance that had haunted his father.

• Original title : This Must Be The Place

After the scrumptious-Il Divo, Paolo Sorrentino returns in a completely different register, since it portrays the depression of a former rock star. So if see Sean Penn’s cross-dressing can arouse curiosity, those like me who have not read the synopsis will most certainly be puzzled by a scenario bordering on the large no matter what by the time.

Despite a Sean Penn possessed by the role of depression in which we are told the various ills to the account-drop, This Must Be The Place is a ufo that went all the way to the side of a currency is essential to the 7th Art : any type, exploited, the entertainment premium. Unfortunately, this is what he will be missed by Paolo Sorrentino. This is not because it is film the ill-being of a man gnawed from the inside that one has to immerse the viewer in a feeling of annoyance deep. Little Miss Sunshine and the magnetic Bullhead are very good examples of dramas perfectly controlled. Here, it is bored. The pace is a monotony hopeless, the characters (besides Sean Penn) ring false, dialogues echo in the empty and the scene is too impersonal for that one has to want to dive in.

It will be necessary to arm itself of patience in reinforced concrete to not fall asleep during the projection, or simply zap it without an ounce of regret.

In reality, apart from a poster of the great days, and a soundtrack definitely rock that will delight more than one, This Must Be The Place has nothing to offer to his audience. And this is certainly not the scenario preposterous that we will prove our bad times. With this depression, turning the hunting of the nazis to realize the dream of a lifetime-a father’s freshly dead, the story of the film by Paolo Sorrentino could be a fiction outrageous and surprising with each new plan. That certainely there will be nothing here and the impression that the director himself was depressed or under Valium during the shooting will take precedence over a sense of artistic creation to kick absent.

Result is a drama soft, long, cabotinant ever, sparkling in the too rare occasions during which you will need to arm themselves with a patience reinforced concrete to not fall asleep during the projection, or simply zap it without an ounce of regret.