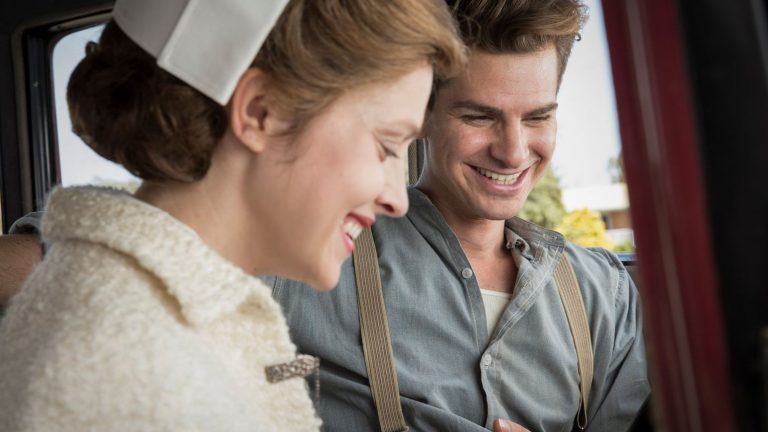 The drama the more poignant me away hardly a tear, while the heroism of ordinary gnawing in me emotions that are visceral. Taken by the throat from the beginning to the end of THOU shalt NOT KILL, needless to say, this criticism will be much more subjective : it is an answer almost intimate film.

Between the very poor and controversial the Passion of The Christ , and THOU shalt NOT KILL, Mel Gibson has split from an exercise of style, relentless almost unnoticed : Apocalypto. THOU shalt NOT KILL, completed a trilogy on the sacrifice, but its scope goes beyond the previous two films. If the Passion was the record flat of a sacrifice metaphysics, Apocalypto in addition to providing a real sense of the staging, brought this notion of sacrifice to the level of an entire civilization. The polarities were reversed, as if in the Passion one man be sacrificed to save Humanity, Apocalypto was an entire society in priest totalitarian. Rather than provide a regeneration as in the Passion, this sacrifice forced brought the maya civilization to destroy it from within. Taking the distance with its interests, immediate (Mel Gibson does not hide from being a fundamentalist christian), he did it with Apocalypto to transcend the narrow point of view of the Passion, and gave the next film a scope universalist.

THOU shalt NOT KILL, takes up the figure of the voluntary sacrifice and individual Passion but in the context of the second world war, where “the fathers entèrent their son,” it is the american civilization which is on the point of sacrificing a whole generation to ensure its survival.

Desmond T. Doss (the oscarisable Andrew Garfield) is deeply marked by the violence of his father and his own impulses, decided to embrace the literal meaning of the commandment of the decalogue. “Thou shalt not kill”, even to save your country. Yet Desmond is a patriot, perhaps, more than his father, marked by the horrors of the first world war. Desmond is going to become the first conscientious objector to be awarded within the army. He could never touch a weapon, but will save yet dozens of lives. The fragility of his condition appears so ridiculous in the face of the barbarism of a military theatre of operations – transcribed with the strength of the scene of the landing in saving private Ryan – that his madness moves to tears The heroism and non-violent in the middle of the atrocity of the war delves into the same mud the best and the worst of Man. Much more than to the Passion, THOU shalt NOT KILL is the real battle for the redemption of Humanity. A battle at once material and spiritual, profane and sacred.

“Thou shalt not Kill is a work that is lived from the inside, to which we must strive to be an actor rather than a spectator subject to the prejudice of our framework of thought. “

Before going further in the exploration of this notion of heroism note that I am an atheist. Yet the movie spoke to me beyond the varnish christian motivations of Desmond. His motives are perfectly put in perspective with its social and family environment. Desmond is the version hardliner of an American fundamentalist who is alive and well, even today. It demonizes a bit faster this part by not taking into account the balance of values in which these christians are evolving. Of course, Gibson shows that the best aspect. But his work is not ideological, it is interested only in the moral dimension and metaphysics of this fight.

Because before being a war film, THOU shalt NOT KILL explores the heroism of its protagonist at a scale much more modest. Ask a tourniquet on a wounded soldier in the street, without medical training. Invite out a girl you just fall madly in love in spite of her shyness. These aspects are far from being minor and illuminate the personality of Desmond. By first giving to his hero the figure of an ordinary man, Gibson gives us a real reason to feel empathy for him, unlike Jesus in the Passion, which was not sufficiently incarnated.

THOU shalt NOT KILL is not a movie to cuddle the army in the direction of the hair. A large part of the story is devoted to show how the commitment of Desmond has been denied and criminalized by the military institution. In spite of the great violence of the scene setting, the film is not a glorification of violence, the views of the motivations of the conscientious objector. Member torn, viscera dégoulinantes or bursts of bullets which seem to cross the screen… the hemoglobin of the film reaches us. The mount is quite “dry”, forcing the eye to constantly analyze the details of a butcher shop open to the sky. Mel Gibson puts us in the position of the soldier. It “dies” and a countless number of times before being “reborn” when the nurse Desmond back to the rubble of his comrades wounded, maimed, and on the verge of death.

THOU shalt NOT KILL is a work that is lived from the inside, to which we must strive to be an actor rather than a spectator subject to the a priori of our framework of thought. Do we despise not, although culturally close to Americans, we are extremely far apart on some points. Before afford to judge them based on our moral criteria (including secularism, which makes religion the great unthought of the French cinema), try to see the proposal of Mel Gibson for what it is : a humanistic fable inspired by a true story. An ode to the heroism of the ordinary. Perhaps an example to follow in this dark period. 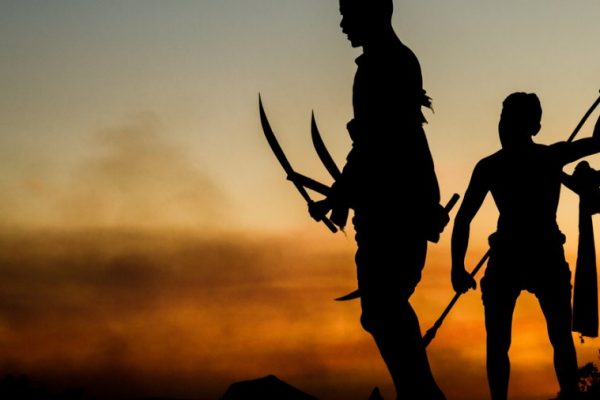 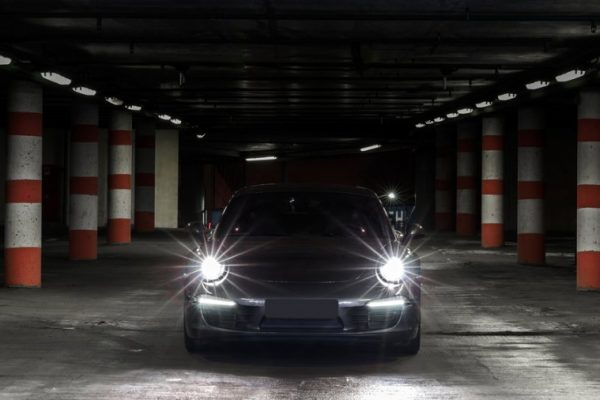