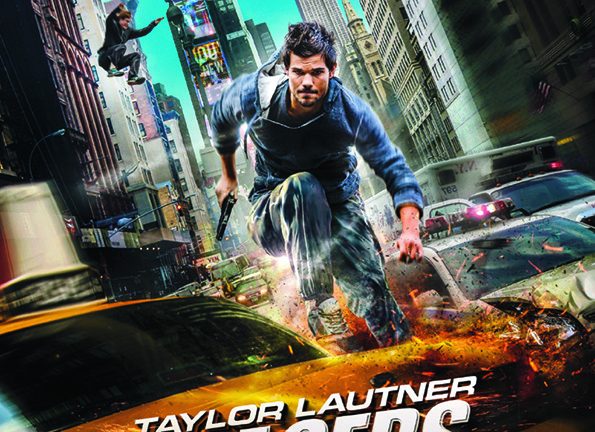 The pitch : New York: Cam is a courier, traveling the city by bike. One day he collides with a beautiful freerunner… Cam sees the opportunity to change her life, located between grief and professional desert emotional.

The first thing that strikes you is the energy of the film !

The intro takes the aesthetic of skate, radical, following Cam on his bike barreling at full speed in the streets of the city.

the process, in addition to being ultra-realistic, ultra-immersive. It will take on a whole new scale by combining this speed and energy to a certain verticality. Really kiffant.

A certain originality for a film-hollywood, in all cases based on its revenue. Because beyond its aesthetic young and “in the air” time TRACERS is just an ordinary film initiation tinged with romance.

the learning of Cam, if there is a linearity confusing, however, remains very pleasant. The parkour has this notion of vertigo/danger that gives its freerunners look of a cape-crusaders between superhuman and birds. Very impressive…

Especially mis-en-scene by a camera after the stunt the more close, even in their impressive jumps of cabris. Awesome !

But that’s it. The public targeted by TRACERS is ad(u)teen.

So, no need to look for the originality in the plot: the production simply taken the most effective ingredients specific to this genre, the teen-action-movie.

The basic plot to the Point Break. A universe attractive and dangerous (the parkour), a charismatic leader diverting the freedom promised to the purposes of criminals. Unfortunately, TRACERS do not use any grade at this level, manichaeism, and bringing about the predictability and lack of interest in progressive history.

“TRACERS is worth especially for its excellent action scenes, capitalizing on the verticality, intensity, and a camera mode to TPS* / skate, for an immersive and dynamic”

And then, the romance. Artificial, ultimate… His role is only story. The female character (Marie Avgeropoulos) is under-exploited and poorly developed. It’s a shame because, knowing that it is a passage almost obliged, a minimum of alchemy and writing could have been better integrated to the story.

Finally, the stamp-teen absolute: Taylor Lautner, also heroes and anti-charismatic that in Twilight.

Fortunately, the actor is impressive when it comes to performing the stunts. A stamp realistic that is associated with the aesthetics mentioned above, adds to the kif felt during the action scenes.

In short, it is necessary to see TRACERS for its excellent action scenes, capitalizing on the verticality, intensity, and a camera mode to TPS* / skate, for an immersive and dynamic. The rest (the story, the characters, the romance) is a classic and cliché engine story.

• Synopsis : Simple coursier, Cam struggles to make ends meet and saddled with debt. One day, it reverses bike Nikki. He instantly fell under the charm of this girl seductive and complex.

Nikki is part of a gang of the streets who practice parkour. But beyond the skills and athletic prowess, the gang has other activities that are perfectly illegal. Fascinated by the young woman, Cam follows soon in his world of dangers. The parkour takes him to territories where it had never ventured, and Cam will soon get a job that can earn him big in everything for the gang boss, Miller. But the boundaries are increasingly blurred… If he doesn’t leave his skin, Cam’s going to have to find out how to get out of this world unimaginable, and unexpected.
TRAILER

*TPS : Third Person Shooter, means in a video game, a camera placed behind the character (height of back), and not to the place of his eyes.