Between two sessions of the Festival de Cannes, we met with the producer of Tarantula Luxembourg, Donato Rotunno, who has worked and / or collaborated on projects such as Baden Baden, My Skinny Sister, All at the top of the world, Cockroach, Neither the Sky Nor the Earth, Head down, Pasolini…

Since when are your production company, and with what spirit did you create ?

Donato Rotunno : Tarantula exists since 21 years in Luxembourg, with a sister company in Belgium, also called the Tarantula, and managed it, by Joseph Rouschop. The idea was to share our brand image but also to share a catalog of movies : which was to me was Joseph’s, and vice versa. Since then, we’ve done twenty films in co-production, with many selections in the festivals “A” and a recognition of the critical our films.

To take a concrete example, what has been your collaboration on Pasolini ?

D. R. : The project was initiated by the producer of the Italian, although we had already met Abel Ferrara a few years ago in Cannes and we were interested in his journey. On this project, there was a difficulty to climb financially for Luxembourg, so Joseph was able to co-produce via Belgium. I’m well rendered in the front-first at the Venice film festival, although I do not intervene on the project. But seeing the result, I found that this is in fact the synergy between our two companies, because I totally recognized inside. It’s really a movie Tarantula, and the success of the film expands on the two companies.

For what reasons are you in Cannes ?

D. R. : The work that falls to us on the three or four first days, has several facets. Obviously, the presence of a Tarantula on the market. Either in production or in post-production, to be sold on the international market, is still under development. The meetings with the co-producers, sometimes friends, sometimes acquired in our working methods. Second facet : the collaboration between the luxembourg producers and the reflection on the future of the audiovisual sector in Luxembourg. In particular, through meetings with our Minister of Culture, the director of the fund (Film Fund Luxembourg), or the administrative officials.It is a time of necessary reflection, because it is not intra-muros, it is held in the international climate work the largest market for films in the world, in which one can say things in a different way. Third aspect : the research of new projects, new human relations which allow us as a society that we project into the future. A project can take between 3 and 5 years to go from idea to finished film. Of course we must have a series of projects in various degrees of production, so as to never fall into a hole, where no project would see the light of day.

Is that international sellers are available, and what reactions do they face in the catalogue of the Tarantula ?

D. R. : I think that there is a question that arises is that of the evolution of the film market. This is a question for everyone : how tomorrow, films will be consumed ? On one hand, the technique transforms the habits of consumers, this is not the same paradigm that 5 years ago. The other, a cultural change in the world : it is more in a way of eating that is uniform from Kathmandu to Canada, whether we like it or not. The local features are less visible. But these changes affect all levels, so the sellers and producers must work together to address it. However, any project that does not interest everyone. Certain personal affinities bind us, but also enables us to move forward.

The film market is becoming more and more dual ? (very large productions in the face of all the girls) How to navigate between these two extremes ?

D. R. : We produce projects that vary between 2 and 5 million euros of cost to the manufacture. It is already great, and at the same time it is not enough. I tend to believe that these are the scenarios, themes, and ideas that define the budgets. For me, the market is no more in crisis than it was 20 years ago… or so it’s been 20 years that the crisis is here ! That this is increasingly difficult, it was time to adapt. But I did not get the impression that you are in a trend where the films should at all costs be less expensive to have a chance to exist. From another side, we can still re-evaluate some of the movies. Those who were yesterday for 20 million euros, can without a doubt do today to 12 or 10. These reflections are shared by one or the other, but in the end, it is the market that regulates them.

Speaking of new habits of consumption, what do you think of the new players on the market, from distribution platforms that are in production ? (Amazon, Netflix, Hulu, etc)

D. R. : The distribution platforms are the new key players in the birth of a good number of projects. But it should not be swallowed up in a single solution, and continue to keep a broad spectrum. The films will continue to exist, to be distributed by operators. This broadcast will probably be on fewer screens, in a way that is not suspected, perhaps not yet, but it will happen. The delivery platforms can and do exist in parallel.

As regards technological innovations (VOD, cross-media, trans-media) we are experimenting with, but no one will see the result that in a few years. It is also necessary to say “this is not for me, this is not my generation, on the other to attempt it.”

Is it that today the media chronology in France and Luxembourg is stopping you to experiment ?

D. R. : For me yes. Even though it can be scary to the operators when I rise to speak in this sense. According to me, a questioning of the chronology of the media on some projects, is necessary. Take for examples the distribution of documentaries, the cost of communication for a theatrical release may not be the same after a few months for a digital output. It is obvious that there is a loss of impact. The cost that is put at the output of the film should allow to exist in parallel on the different platforms.

This would be the same in the interest of the distributors and operators, since there would be a leverage effect in the publicity when the same product is presented on different pallets.

In Luxembourg, the chronology of the media was also desired by the operators, but I think we’re going to a flexibility such as I’ve described. The Union of producers is ready to fight this fight, to open this Pandora’s box for discussion with the operators and the authorities. The figures speak for themselves, for a territory such as Luxembourg, are not unique entries in rooms that allow the profitability of a project.

The market in Cannes is it well-organized to channel the right projects to your company ?

D. R. : It is clearly identified, it never runs behind a person and our visibility is ensured by our catalog. On a festival, having attended for four or five days, you can’t work more than 10 hours per day… So it takes filters, and limit the access of companies to a form of professionalism seems to me to be logical. It is not “the school of life,” we must meet with people who respond to efficiency requirements.

Today I met three people I have dealt with either through friends, or in hearing about Tarantula. My first question will be : why come to see me ? If in parallel they have approached all the luxembourg producers, I don’t see the point. I would have the impression that there would be no homework. However, if it is the result of previous discussions with distributors or other producers, or the vision of a particular film, it is a door that opens. For example, I met a british producer who has worked with Malik Zidi, with which I have worked myself to The Flying, and who recommended him to come and see me if he was looking for a producer in luxembourg. We already have a reason to meet, but I do not believe that this function is exclusive to the cinema, it is quite natural eventually. I do not believe that there would be an exclusion of the “genius of the cinema” because they would not have the right badges…

You limit yourself to projects that will be shot in Luxembourg, or you allow yourself to accept those destined for other territories ?

D. R. : What needs to exist is a desire to work on a project. After it is impossible logistics, legal or financial work, this will stop. But a priori, I would find always a partner with whom to associate myself to make it possible.

Between producers, it is not in the ongoing competition. It is often linked by friendships, or enmities, which go well beyond the professional relationship. 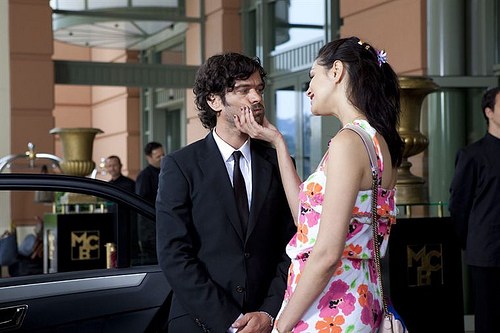 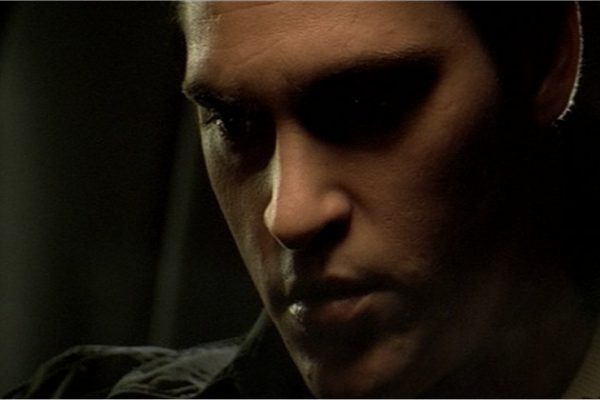