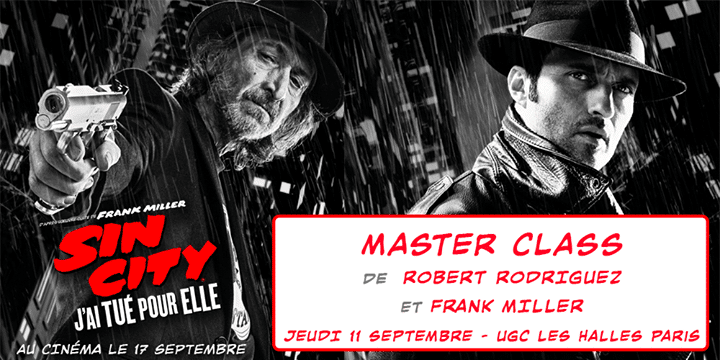 Frank Miller is a writer and comic book artist. He created the universe of Sin City and brings it to the screen with Robert Rodriguez.

Frank Miller, 25 years ago you worked in the middle of the comic mainstream at Marvel and DC Comics. Then, you decided to create your own universe, your heroes are more personal. What was your state of mind at the time compared to the comic strip and its adaptation as possible ?

Frank Miller : The story is pretty simple, I worked as a scriptwriter for Hollywood, and this has not gone very well. So, I decided to make my own comics.

As a child, I used to read comics all the time. Then, at age 12, I discovered girls and other things… I decided that the stories of crimes were what I really loved.

I moved to New York at the age of 17 years in the hope of breaking into the medium of comics. But the publishers gave me quickly served that they would not run not a guy on the basis of only scripts… Then the time has passed, I focused on the universe of my comics.

I was able to do what I liked, me to focus on my stories, my characters. My world was full of beautiful women, strong guys in trench coats…

I started Sin City as a comic book that would never be adapted to film ! And I am very serious on this point !

Then one day, Robert Rodriguez called me and told me that he knew how to make Sin City a film.

He sold me the idea, I was tempted, and finally I accepted !

For a very long time, it seemed implausible to see Spider-Man or Superman flying between buildings in a beautiful costume. But now, the technique allows for this adaptation. What is your feeling in relation to these new possibilities of the technical realization ? How did you envision the comic book Sin City ?

Robert Rodriguez : I started out as a cartoonist (for winning the contest : a cartoonist) and I was already a big fan of Sin City, his style. Frank Miller is one of the few who draws and writes his own scripts, who has a vision of his universe. I bought a frenzy comics, out of series, the graphic novels of Sin City as soon as they are released ! And then, when I got home, I found already have these copies in double or triple…

So I decided that I needed to make a movie to justify all the money I had spent in these books ! *LAUGHS* Knowing the characters, the depth of the story, I knew that if Hollywood was engaging in the project, they would ruin it Sin City because they do not reoccur not the visual aspect of this work. They would have taken the story and would have turned into a classic film by missing half of the concept of Sin City.

I realized the possibilities of the technique when I made Spy Kids 3 on a green background. I realized that the future of film-making which were talking about George Lucas and Francis Ford Coppola was under my eyes. Sin City could become a film, while respecting the codes of the comics, its graphic appearance marked, and carry it faithfully to the screen.

We have done the reverse of the classic production : we thought of a comic to the screen, and not turned a comic into a film. I did not want to make Sin City a film but rather to bring the movement to his work. We can say at the cinema : it is Sin City by Frank Miller and not Sin City, Robert Rodriguez.

To launch the project, I carried out a test in the studio, and then have presented it to Frank Miller, because I thought I couldn’t succeed. Frank is excited for 2 minutes and then thought of all the negative aspects that are the scripting, sending to a studio, rights, contracts, etc.

I was able to convince him by proposing to overcome these constraints by using my own studio, writing the script together, by carrying out an opening scene for free ! I have made a personal guarantee of involvement because I believed in the project ! Has this new way of thinking about films… at The time, we had so much fun that we continued filming the scenes together, in co-realisation !

Frank Miller : When Robert said that he was a cartoonist, I take back ever saying that he is STILL a cartoonist and that he has evolved the approach to the comics to the movies. He is a magician of the art.

What is your narrative approach in order to achieve to portray scene after scene and not page after page the whole history of Sin City in the film ? Is it easy or difficult to adapt faithfully to a comic book as unique in style ?

Frank Miller : I quote robert : “If it is a sculpture, a comic book, a movie, it’s the same thing ! It is the telling of a story that counts. “.

In this case, it’s the actors who have done a great job. They work hard, are dedicated, and heavily influenced their characters. God bless the actors. They amplify and give depth to my characters.

Robert Rodriguez : Sin City is so rich ! The most difficult part is to condense this work. I am immersed in the books to fully integrate the dialogues, the descriptions, in order to get out of a digest of the most faithful as possible. The choice to leave or integrate some of the passages were difficult because we wanted to keep everything.

Some of the scenes are extremely faithful, including the pool scene which is of the order of the plan for the plan.

This is what Hollywood does not do : they do not see something they like and adapt it faithfully. They feel compelled to change everything. It doesn’t make the result better but just different, if this is not bad.

When I worked on the first Sin City, I did not invent anything, I only focused on publishing, editing, directing. All the wealth of Sin City was already in the book, and I did not wanted to move, it was already so perfect.

Do you make a Sin City 3 ? On the basis of what opus of the many stories of the comic ?

Robert Rodriguez : If the public is going to see Sin City 2 and supports the film, we would be happy to make it a third ! The history of Sin City is very very rich ! There is still a lot to exploit. I think of Sin City : Hell back (Hell and Back).

Frank Miller : Yes, we would love to make it a third ! We are looking forward ! I have ideas for Marv and Nancy Callahan, in particular, that I adorerai share it with you in Sin City 3.

Why the project Sin City 2 has taken so long, 9 years to get out of it ?

Robert Rodriguez : The films all have a temporality of their own…whatever you do. The first Sin City was done faster than any Hollywood movie. I leaned over in November, I worked on the script in December, and we were shooting already in January. No movie has ever been so quickly, especially as we didn’t need tea but only green funds !

For Sin City 2, it was just the opposite… it took us 9 years. We were ready to try to do it in 2007 but some organizational changes at MIRAMAX and WEINSTEIN have slowed down the project. They were not ready, they had to do the housework at home before.

So we made 4 or 5 movies in the meantime to be able to discuss the script. But this did not seem so long.

Frank Miller : The idea only is sold very easily with everyone for the first game. For this suite, we needed to deepen the characters and the script.

How have you convinced this casting incredible to come shoot in Texas ?

Robert Rodriguez : actors have actually loved turned to Austin, Texas, rather than in a far away place and low cost. Austin is a city very creative, there is no studios around, no producers, just me and my environment is hyper creative ! They have been very free to play characters that they weren’t used to embody.

In addition, it is not very difficult to convince them to come run in this particular universe that is Sin City of Frank.

Frank Miller : In reality, many women want to be beautiful and very powerful and in Sin City, they have two !

The cast has been chosen to resemble the physical comic ?

Robert Rodriguez : absolutely, the cast included actors and actresses who physically resembled the characters of the comic.

Eva Green is very similar to Ava Lord. The prostheses have been necessary to Mickey Rourke to be closest to the physical of Marv, and on the contrary, Ray Liotta with the same head as Joey.

Same for Josh Brolin, who is portraying Dwight McCarthy.

It is when the same happened to take the best actor but I have always believed in drawing from Frank Miller and wanted to really stick closer to this vision.

Frank has sometimes wanted to amend certain passages in the script, and I’ve often stopped by offering him to stay on his graphic novel, original as faithfully as possible.

Frank Miller : at the time, I never imagined such beautiful women such as Jessica Alba and Eva Green in the reality. I was stunned to learn that these women really existed !

You can see in the film a pack of cigarette brand Red Apple. Inevitably, I thought Quentin Tarantino had directed a scene in Sin City 1. Was he involved in this new opus ?

Robert Rodriguez : No, it was in the process of turning Django Unchained at the same time. I don’t think he would have agreed to come to make because we have made Sin City 2 is very fragmented.

Many players have not even met ! The casting of Josh Brolin made, we had already recorded all the passages with Mickey Rourke. They drink together, they are in the same car, but had to play them separately. It is the magic of the green background !

The presence of a guest-director would have been very difficult to manage.

Frank Miller : I’ve never had this much fun at work as hard. We had some very good moments. Robert is very demanding and we have been so involved in Sin City that we have not had a need to call in reinforcements.

After ruining Daredevil, Ben Affleck is going to play in the next Batman. What did you think of the Batman trilogy of Christopher Nolan and the film Daredevil ?

Frank Miller : I’ve done my best not to see them. There is an excellent reason : I would not see what they wanted to do. Once I’m attached to a character I wrote and drew, and I don’t see that in my own way.

Also read the critique of Sin City : A Dame To Kill For (new window) 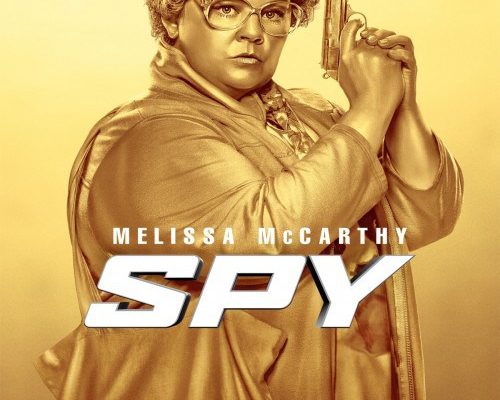