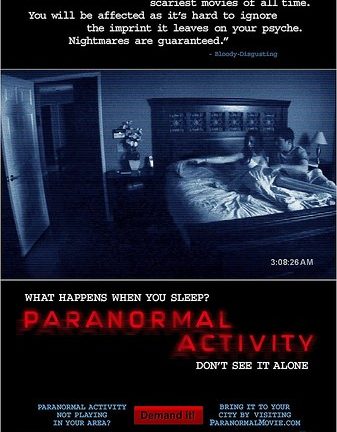 The pitch : A couple is haunted by a demonic spirit.

Paranormal Activity was directed by Oren Peli – he is here for his first film, he is also a screenwriter, producer and editor – with Randy McDowell (Dance Of The Dead, One Missed Call) and Tim Piper (Not Another Not Another Movie).