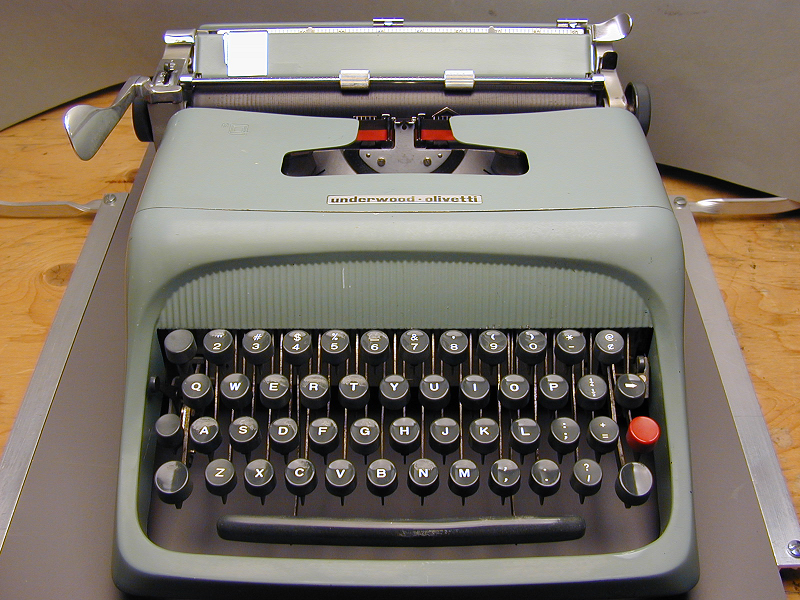 This is it ! We gave birth to our little baby storyline ! We look at it, we admire it, it was the feeling of being satisfied ! Well I can tell you, this feeling will not last long ! In fact, the more time will pass, the more our brain will want to redo scenes… the vicious circle of the writer – as the author of a novel – that each replay is something to say, and to complain about… and again… and again… So, here are a few tips for the delicate phase of the ” what to when you finished ? “

A question that may seem stupid, but who is not ! Personally, even before a first review, I print and I connected ! To all the writers, I would advise investing in a good binder ! Why a paper version ? The answer is simple : the easier it is to carry around a hand, in order to work on it, but also, on the other hand, in order to lend it to any potential future readers. For my part, my first reaction, I print, and I connected my scenario. I do that even before my first reading of correction.

The fact of owning a printed version and connected leads to point number 2 : do read his screenplay ! This is a board that I don répéterais never enough ! And here, let’s not be too demanding : friends, family… a can everyone. The problem is that as a general rule, people do not like to read scenario. They are too accustomed to the novel and long descriptions ! Therefore, it is often difficult to find a taker.

Furthermore, in this phase of reviews external, you have to make sure not to read self-same scenario. This will be another phase. This phase corresponds to the decline of the author. In the case where you could not find the drives, do you run not result in a replay. Wait at least 1 to 2 months before plunging into your story.

Finally, one last thing. If you were to ask reviews exterior, this is not to say that these opinions are null and void and that they are worth nothing ! Of course, in the reviews, there are take and to leave, but a writer must remain open. Reviews and notice are to help the writer to move forward and rethink some things.

With the internet, another possibility exists. Solicit writers pros and/or enthusiasts and /or semi-fans to have an opinion. For doing so, this technique has its benefits – making contact with other writers, expanding knowledge, collaborations, mutual… – and its disadvantages, charlatans, thieves of ideas… –

In a time not so long ago, there were forums, self-help, writers… In fact, especially one that was very well known ! A little background… Before there was UGS , formerly ” Union Guild of Writers “ , which is now transformed into ” the Guild of the French Writers “. This famous “Guild” of today, which is not too great thing, was the era ” UGS ” a feature that helped a lot : a forum !

A forum for very lively and informative bringing together pros, amateurs, beginners, and even producers… And at that time, some writers do not hesitate to make full readings of scenarios ! This forum was a mine of information !

At the close of the UGS, will follow “the mare in scénars” # launched by a former SKU : PAULINE COSTE. There is also a forum for mutual support unprecedented ! I was a party of active members ! I joined this site from opening until its closure. We were a great gang of # “problems of writing” ! The system was simple : For a reading for another, it had the right to have its critical reading. The forum was at full throttle ! I learned a lot on this forum.

And like all good things have an end, it, too, has closed ! So, with the elders, we re-launched our own forum : the workshop of screenwriters. Unfortunately, the site is currently going through a big period of lethargy chronic… Damage… Damage. .

Close this small parenthesis just to say that before it was better and you could find tips and suggestions through the forums and mutual help between writers.

Tip # 3 : do not neglect the phase of proofreading !

Then there is THE TIME at which it is necessary to devote the time and motivation ! It is the privileged moment where the screenwriter is going to have to decide ! After this phase, More whirling, more areas of shadows, or of sequences waiting for the famous ” we’ll see “… in Short, you must decide !

Here, it establishes an objective and a specific period of time. At least 2 or 3 hours, in a quiet location, away from the laptop, the wife, the kids, everything. A calm and quiet place. It should not be forgotten that it has happened at least one, to see two months. On one side, the scenario linked, the other, the comments and suggestions from external advice, and in front of you, the scenario on your computer.

And here we go, come on ! One corrects, one slice, one decides to delete, add to… We finish this version. I insist on the objective end, because otherwise, the vicious cycle of correction will continue without stopping… and without realizing, it was very quickly made to turn round and round and round !

Our scenario is finally finished ! Yes, finished is a big word I think, but then, we can consider that the version 1 is ready ! And now, it is doing what with the V1 ? We will grow the folder on the desktop of the computer or behind the other scenarios ? Or one decides to jump into the arena to be cruel and without pity to the realization ?

To realize a scenario, several tracks are possible. In the first place, the tender of a production company. Again, the internet is a mine of information. We can find on the specialized sites – HOME OF the SHORT FILM, forums – The WORKSHOP OF the SCENARISTE, CINEASTE, AND CINEMA-, but also by being a subscriber to newsletters – CINEASTE.ORG –

A downside, however, 95% of the ads for scenarios mainly relate to the short film and proposals of collaboration with directors. And you should be wary of all the ads ! Always do research on the companies via UNIFRANCE, the site reference

lists all of the companies in the production and broadcast of film and/or television.

In the second place, to focus its efforts on research grants to support the creation and/or development. For that, he must apply to the famous CNC : Centre National de la Cinématographie. And then, I’ll be on break the myth ! Indeed, behind his movement to help young authors and to the creation, the CNC is not very accessible and the chances of having a help for a young writer without contact are very low. And this is a friend who has sat on several times by committees of award who has confirmed to me this information !

Fortunately, there are also other scholarships : BEAUMARCHAIS, LAGARDERE… But again, I assure you, or rather I continue to get you down, they are just as difficult to unhook !

Another possibility : collaboration with a developer. There, it is a sort of exchange of pleasantries. It helps a filmmaker to finish his script, the more often the short, and in exchange, he can support our scenario with his contacts. There is an option to consider on the time.

Nevertheless, this kind of proposals abound, but often lead to nothing. Some directors are less scrupulous do not hesitate to get rid of the screenwriter when he got what he wanted. We can say that for 10 ads of this kind, one will lead to a working relationship concrete. I’ve tested it !

In the extension of aid, there is also the competition scenario : COMPETITION NEW CINEMA, SOPADIN, FESTIVAL DE BRIVE, D ORLEANS, FESTIVAL INTERNATIONAL DES SCENARISTES… the advantage here is that the long and the short cross. These contests are generally open to all authors. It is necessary to try, because, unlike aids, the chances are “a little” more open.

Before last track, attempt to get regional aid. In fact, we tend to not know it, the city Councils of major cities of preference, but also the Regional Councils via the development agencies, film may provide support in writing and/or development. Do not hesitate to inquire. The most effective would be to partner with a developer to assemble a project of short film. There, you would be on two tables : a successful collaboration and a successful project !

And finally, the last possibility : The direct hiring and spontaneous ! What is it ? You simply collect the email addresses of production companies and you send them your scenario, accompanied by the notice of intent. For the more daring, and, incidentally, the most wealthy, you can even send your story printed and bound by courier to a target company. Here, the effect is guaranteed ! But hey, the advantage of the e-mail, it is the quantity and the targeting of solid.

Contrary to what you might believe, this track is not a waste of time, far from it ! For having tested it, I had several returns of producers related scenarios. An appointment with you to comment, see the same advice… in Short, a track constructive !

So here it is, remains to know what we want. Be bold and patient.