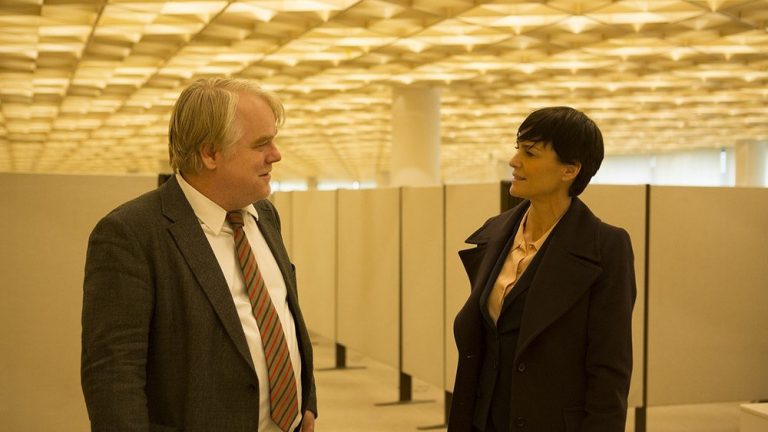 One of the visions of the most intelligent of the world post-September 11; following the investigation of a unit of the secret service to be particularly neutral and apolitical, the film takes the bias of empathy with some of the actors of terrorism, those that finance, rather than on those who perpetrate this is fully consistent with its status as a work of reflection rather than action, film-pragmatic rather than a whistleblower.

The one in the other, it deals with how to curb the interests of the individual (the personal to the global through the economic) to achieve its own goal, as desperate as cynical and naïve : “make the world a better place”.

What is also fascinating is the use of practically all the codes of the film espionage (surveillance, shadowing, interrogation, infiltration, etc.) applied to a treatment logically very discreet rather than dynamic. It is at once both hyper-realistic, and appeals to our collective consciousness of what may be the profession of spy.

Then Philip Seymour Hoffman is amazing, as is this writing that manages to give a role disorder but exciting to each character of the story, and then converge to [spoiler mode=”inline”]outcome pessimistic[/spoiler] while managing to generate a voltage very palpable. There is also this attention to detail (the sets, contextual actions, the gestures of the characters, the dialogue) is very discreet but fascinating…

In short – even if it is without a doubt a little classical though technically quite neat, this is clearly one of the best films of the decade.