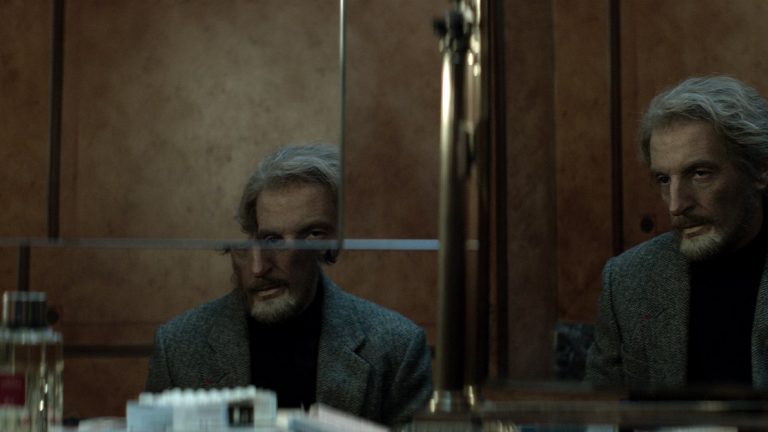 Hasuréolés the success of the first Name, Matthieu Delaporte and Alexandre De La Patellière would have been able to continue mindlessly on in the same vein, and get other easy success in mixing comedy and filmed theatre. They have chosen a different path in addressing a gender under-exploited in France: the thriller. The pitch must be intriguing enough to draw in the rooms but more difficult, the voltage must be sustained until the end and contain a lot of twists and turns to keep the viewer under pressure and not out of the story.

Too many films have an excellent starting point, supported by a trailer enticing, also happen to install an atmosphere of agonising but, in the absence of a scenario that worked, based on their argument and their climate and end up turning in circles and become beautiful empty shells. This year, the Enemy ‘s Denis Villeneuve has been a shining example.

The title and the theme (identity theft) refer to A hero that is very discreet while the atmosphere cold, the staging is elegant and the voice-over disillusioned reminiscent of the Assassin(s), two other works performed (and performed for the second) by Mathieu Kassovitz. It is, evidently, the main attraction of the film, as his too rare appearances as an actor have never suffered criticism, and that it was a beautiful opportunity to expand his palette of the game. He spent the year hands down and is even stunning in person aged. During the scenes where he plays an old man, and the one who is going to imitate it, one really has the impression to see two actors give the reply.

“It’s a good surprise to see that the scenario was not botched and that the film takes off from the second disguise, to settle down in the thriller pure and hard, which can support the comparison with Gone Girl“

One could therefore expect a cute collection of costumes for the main character, a pretext for a beautiful performance of the actor, without that we will not know ever of its aim and a story that ends as it began, that is to say, without explanation. So it’s a good surprise to see that the scenario was not botched and that the film takes off from the second disguise, to settle down in the thriller pure and hard, and in a mechanical manipulation of opinion. If the new director obviously has nothing to do with the master David Fincher , and that it will attract far less of world cinema, AN ILLUSTRIOUS UNKNOWN, can sustain the comparison with Gone girl, the big thriller of the end of the year, the level of twists and turns, (perhaps) less predictable. As long as it creates vocations in this country…

• Synopsis : Sébastien Nicolas has always dreamed of being someone else. But he has never had the imagination. Then copy it. He watches, follows and imitates the people he meets. It runs through their lives. But some trips are without return.