The story : In an agency of designers in Taipei, seven colleagues related to the seven stories of love. The arrival of a senior designer, ex-girlfriend of the boss sows the disorder… When a lie and the truth does not make it more than a, how to grasp the sincerity of the other ? When you said “I love you”, is this true ?

Got rid of input which I was not pleased, because I did not liked the movie even if I recognize some qualities.

DESIGN 7 LOVE has clearly been made by a “clippeur advertising”, used to work pretty moods through scenery worked, the characters are attractive and colorful, and backgrounds exclusive and unpublished ; see the different photos, reflecting the tone of the film. Hung-I Chen , for whom this is the first feature-length film, has likely been celebrated for its ability to give a modern vision of a subject whatever it is (understanding punctuated by the mounting, the alignment of visual ideas, the intensity… And the inconsistency) ; he therefore proposes a cinema before any aesthetic before to be sensitive or deep. DESIGN 7 LOVE “is a film fuelled by unsustainable gimmicks, his posture arty, its false ambition narrative ; a few references to western art, which go far to cement the (Paris ; quotations from artists, designers of modern philosophy ; Fincher, Nolan) and no evocative power behind the image. 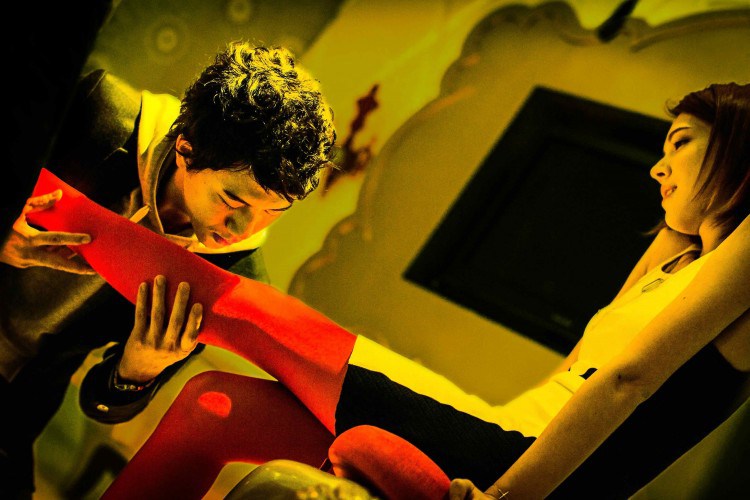 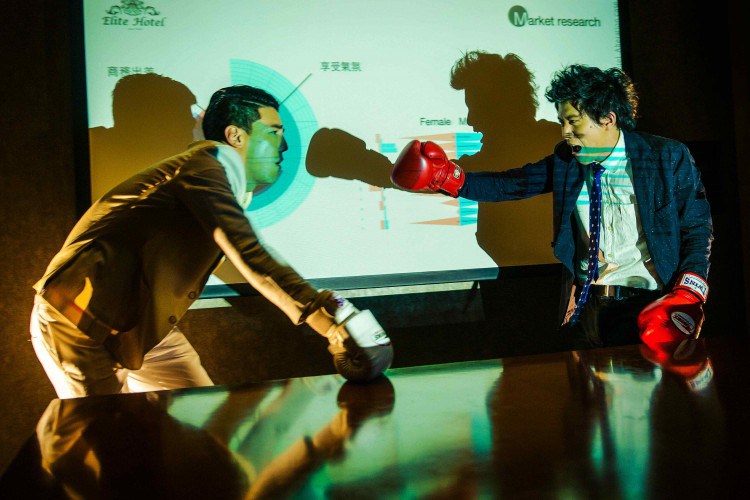 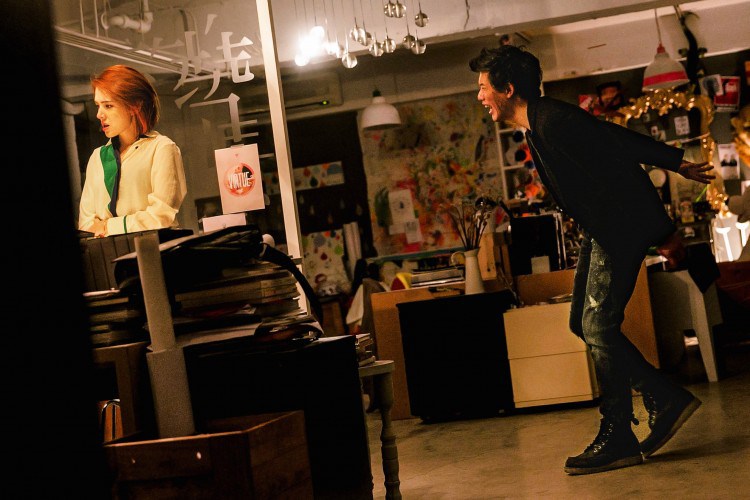 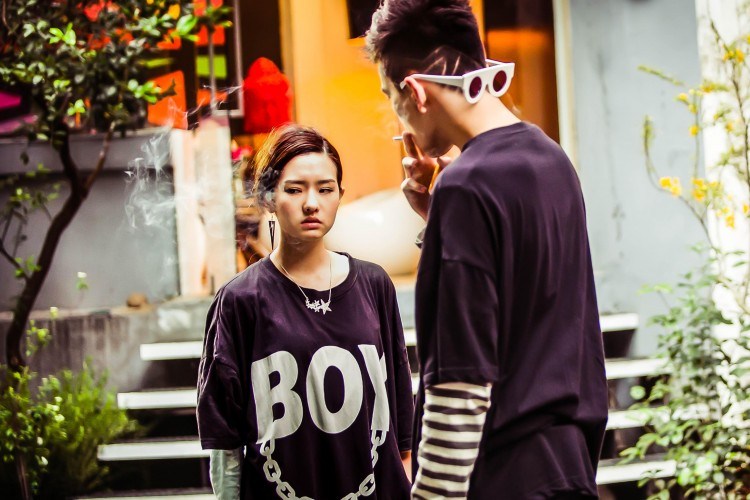 BUT this film, for as exhausting and empty as it is, is doubled of a thorough knowledge of the environment very futile designers. This allows him, once the scenery very much rooted in the narrative, to develop relationships between characters defined by their relation to the profession. By breaking down the daily life of this agency’s designers through the stories and personal journeys of each (7 stories, therefore, form a 8th) this allows to draw empathy, an overall pretty solid, eye-catching but without doubt too personal, this category is very peculiar that is the mid-economic-artistic.

Love, therefore, is the subject of the façade of the film. This feeling actually has a different meaning depending on his or her experiences, her personality, her present, and her aspirations ; DESIGN 7 LOVE gives adequate space to each of the 7 protagonists to provide a complete picture failing to be original in each of its facets. If these portraits are obviously unequal, it is necessary to recognize the variety of treatments of each story (and by extension each character). Melodramatic here, pseudo-poetic here, paranoid, immersive, etc, Even if none of these stories does not appear as an original, Hung-I Chen is an appropriate balance between the staging and the mood of the characters through each “sketch”, forming a coherent whole through the singularity.

“A film primarily aesthetic before to be sensitive or deep. In spite of everything, a portrait of a successful universe is definitely singular.”

I will retain the two characters more compelling than the other, Mark, the investor, and Doris, the stake lovers central. Him : handsome, rich, sensitive. It : belle (beautiful), smart, talented ; if the other characters are not lacking in interest, Mark and Doris are the only ones to possess several levels of reading where others are fairly unidirectional (hysterical, romantic, professional, artist). In him, we can feel an identification of the writer Hung-I Chen, allowing them to explore facets of personal who might not have had, in theory, their place in the story. In it, as a challenge to a lover of various men of the story, his versatility is incredibly important. Their two interpreters, Thomas Price , and Wei Ning Hsu capture with great subtlety and charm, the subtlety of their roles.

And then there are these few digressions, which characterised the film at the point of giving him a form of a personality beyond its aesthetics winded. The introduction, finally, off-topic, post-introduction, mise en abyme, a hysterical film in the film, a few fantasies that come to life (very Inception), this sequence is very successful we are immersed in the intimacy of a loving relationship, a few moments in the schizophrenia of a character, a second mise en abyme at the end of the film where the performers come out of their roles” to discuss the fate of their characters, and throughout the film, these images of a city that is “designer” in real-time. This is all very weird and off topic, may simply be cultural, not necessarily of very good taste, but definitely marking despite an absolute gratuity vis-à-vis the narrative.

It should show humility and accept that this movie is not me and is not intended, that I am not in a position to appreciate it at its fair value. Just compared to what I discovered the cinema of taiwan, it does not compare by its lack of subtlety, no vision socio-cultural and an ambition reduced to a few portraits intimate individually little fascinating.

DESIGN 7 LOVE has been circulated to the meetings of the cinema of taiwan on February 9, 2016 at the cinema 3 Luxembourg.

You can discover feature films : Design 7 Love of CHEN Hung-I and Together by HSU Chao-Jen.

As well as 11 short films in exclusivity :

– Fan of a Fan of LIU Chia-Hsin

– Some Conjectures on Existence of Albert Zoe

– The Death of A Secuity Guard of Wei Hao Cheng

– The Palace on the Sea by Midi Z

– The Great Escape From Café City of John Hsu and

MEETINGS OF THE CINEMA OF TAIWAN: PROGRAM

On the Blog of The Film : 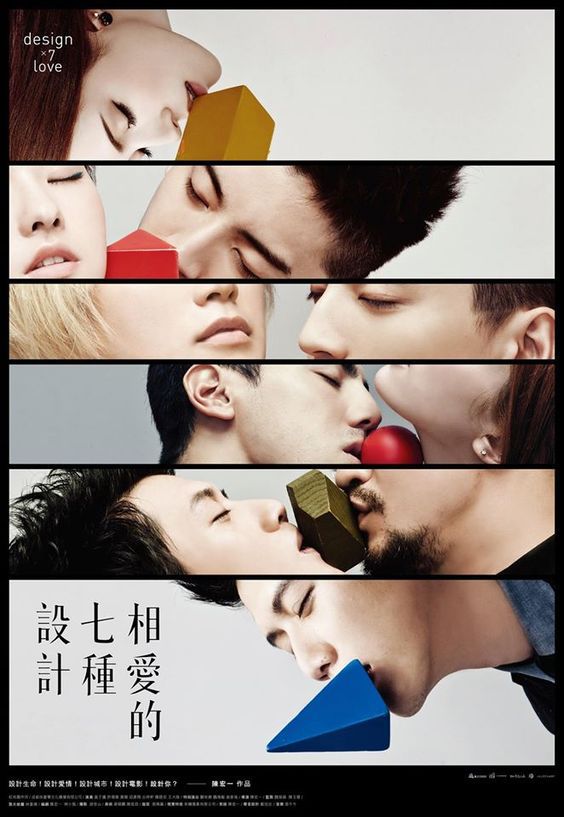 • Synopsis : In an agency of designers in Taipei, seven colleagues related to the seven stories of love. The arrival of a senior designer, ex-girlfriend of the boss sows the disorder… When a lie and the truth does not make it more than a, how to grasp the sincerity of the other ? When you said ” I love you “, can you believe it ?