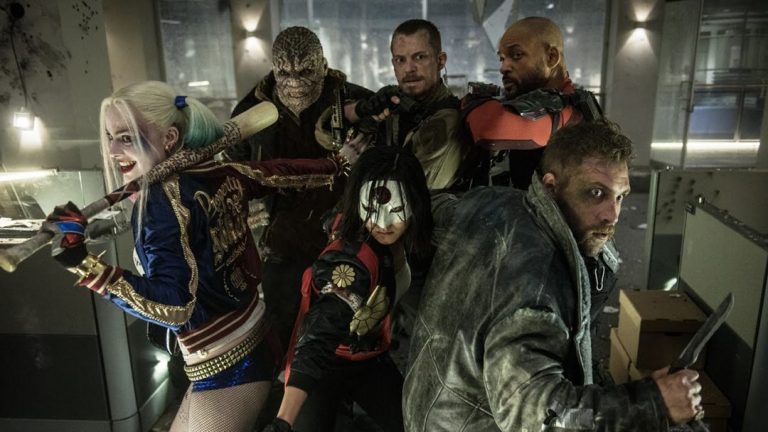 I’m going to tell you a little story full of morality : there was once a very big american company witnessing the success of which had boasted one of its rivals during the summer of 2014 with a buddy-movie full of references to pop and anti-hero endearing. The very big company then decided to undertake his own film friends, based on the same ingredients, but forgetting a small detail in their plan, namely, that two years would have elapsed between the exit of entertainment, rival, that she had taken in the model, and the output of its own product, which, logically, could not provide him with the same surprise and the same freshness of the ingredients.

Because yes, you will have understood, by looking at Suicide Squad, it’s easy to understand the desire of the association to DC Comics/ Warner to walk on the flat bands of the accomplices Disney/Marvel, by addressing more specifically the niche of Guardians of the Galaxy. If like me you have already forgotten about the adventures of Star Lord and his cronies, then the announcement of a new blockbuster movie featuring a team of anti-heroes you would have probably left it of marble. But if like me, you’ve experienced the hype of the last few months, you were probably curious to see how the producers would keep the promise of a gain, namely a surfeit of action and replicas badass, with protagonists that he was no longer a question of which would qualify as anti-heroes, but of villains, combining style and amorality.

Over the last few months, we was made to believe that theUniverse Extended DC was going to catch up on theFilm world Marvel, making the choices more daring and placing its projects in the hands of filmmakers and authors with a style, a personality and themes identifiable. And David Ayer, writer of crime fiction, urban, adaptations of James Ellroy and director of works badass estimated as Fury, left us to think that he would take up the project in order to issue a work a little bit subversive, playing with our apprehension mingled with complacency, in the face of the aestheticization of violence, while questioning our ability to empathy in the face of the protagonists on the behaviors and values if not completely opaque, at least contradictory. But it would seem that, in the end, the personality ofAyer has been bleach by the creative process of the blockbuster, requiring them to provide a product calibrated, obeying the codes are tagged entertainment’s action, the characters are treated like small animated figures.

The disappointment is so much greater than Suicide Squad displays yet the ambition to make the top of the reference pop ultra-paced, but used for this, fireworks for facades instead of thinking about proposals story that could finally derail the story out of its structure predictable, and its mechanical humorous generic. This powder in the eyes first appears in the flashbacks speedés of its implementation phase, harming, paradoxically, install a rhythm to the history, breeding issues and characters which it precipitates the half. And to accentuate the confusion of the spectator in relation to the speed of narration, Ayer balance a catalog of visual effects, superfluous underlined by so many of the pieces of music belonging to the pop-culture, in the manner of a disc-jockey is unable to gauge the mood of the evening that he hosts.

It seems strange that a filmmaker like David Ayer, enjoying such comfort, production and art direction designed for iconiser the gunfights and accentuate the spectacular character of an urban setting apocalyptic, can’t guarantee an action movie correctly put together. The assembly to the sickle, the confusion between rate and precipitation, and the lack of originality in the use of the scenery in which take place the scenes of confrontation, give the unpleasant feeling to attend an ersatz video game designed by a director who would have held that the cliché aesthetics of the media game, without trying to balance progression of the tension and an outpouring of violence.

“A cast as prestigious as it is, cannot save a work executed with so much laziness. “

And the image of the action promising to be subversive and inventive before dropping quickly to any attempt at originality, the characters in Suicide Squad are suffering from the same treatment lazy and lose quickly, the teeth that we expected so much. If Margot Robbie delivers a remarkable performance and finds the rhythm section, perfect for giving life to the vivacious Harley Quinn, the other members of the team are treated well too superficial to appear as formidable criminals, and struggle logical, therefore, to arouse our emotions in a second time, when their evil nature must give way to their status as heroic. The problem may be the presence of Will Smith headlining, with much more time of on-screen presence and a number of replicas far superior to its partners. As for Jared Leto, including the quality of chameleon, and the taste for the performances over the top are not to prove, he offers here a joker version gangster bling-bling that lacks the philosophical dimension of the prophet of chaos, mask, grimacing of the comedy of civilization, which has made him the nemesis of Batman over the decades.

If the construction of the narrative and the action scenes lack originality, the interest of the Suicide Squad would have been able to reside in its characters, but a cast as prestigious as it is, cannot save a work executed with so much laziness. It is not enough to align the actors are charismatic as Viola Davis so that the characters appear alternately funny, menacing, unhealthy, weak ; it lacks a few ideas twisted to make us believe that we really are dealing with psychopaths. 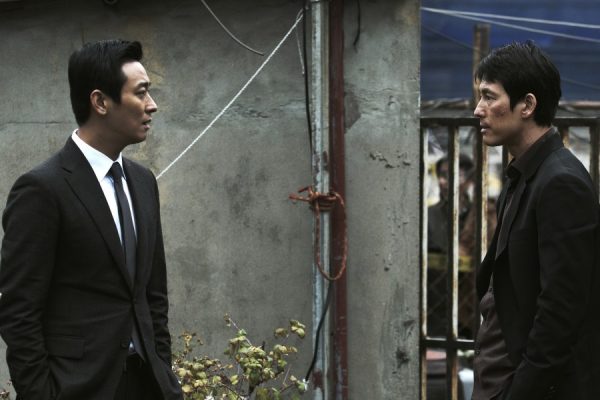 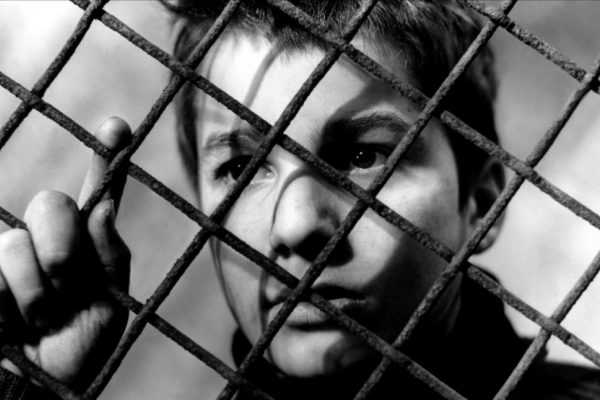