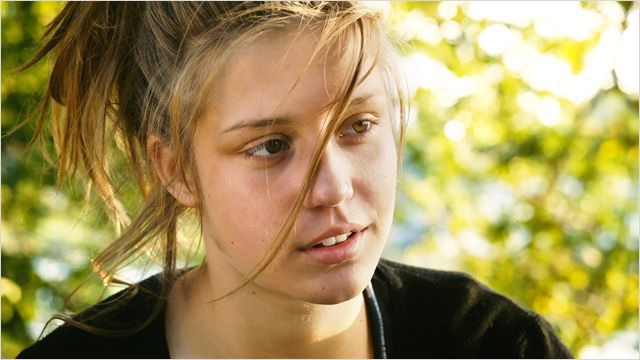 Apparently, many people are interested in this film. But when they receive the information of a sex scene about ten minutes, they retreated several steps. Indeed, THE LIFE Of ADÈLE is above all a movie about love, before being a film based on the life. Abdellatif Kechiche captures a few moments of life, to better develop a story of love trembling. Attention, the form can also be put off. Almost three hours of big plans, it can be weary.

It would be fine to only say that we see Adèle Exarchopoulos in all plans. Because the film is seen through it. There, the goal of such a film is that the viewer identifies with the character of Adèle. And that the audience take a more consciousness of his life, of what surrounds it, thanks to this film. In the background, Abdellatif Kechiche offers us life. He takes us on a stroll wild life : as much by cruelty as by its joys. There is a rigour to this level of challenge, as the French filmmaker puts herself in the fashion demonstration.

A demonstration has its limits. Because too much try to focus on the realism, Abdellatif Kechiche seeks the real. It should not be forgotten that, in the words of Christian Metz, the real is impenetrable. When it is desired to transcribe, he is subject to a subjective perception. And thus becomes a form of reality. From there, the viewer may not be involved. Although the concerns of realism is quite fascinating, the viewer does not enter into the world of Adele. Because this universe is nothing other than a copy, almost transparent, the one that you already know. So, where the viewer must put himself in this universe ?

While the problem of achieving Kechiche comes from the cut. Woe to those who say “3 hours of big plan”. There are many, very often, but it did not have to do anything invaluable. The only flaw that emerges is the lack of relief. Said like this, one might respond that we tape when it comes to capturing the intensity of a personality. But here you are, wanting to rub shoulders with the real, the French filmmaker forgets the world around her characters. Because love is certainly inside, comes from the heart, but life is also external. Life is not composed from the heart and the psychology of a being, all the space around and its composition help to build a life.

That Kechiche films, this is not so much the life or the love anecdotal : it is the fusion of the body, it is the essence of everyday life, between reality and the real.

It is this way blur automatically the background in a big plan, which does not allow Kechiche to take the lives of way more frontal. And so do submit that a reality, where the touch of the real becomes dangerous. It is necessary to reassure himself, the big plans have all the same their advantage. Because Kechiche is not a filmmaker of junk, he knows what he is doing. He knows that with his many close-ups but also a lot of close-ups, this is important), it will become the architect of its characters. As well in mind as in the heart. The director, especially in his sex scene about ten minutes, sculpts the body of his actresses.

Because of this, the director does not receive the love of a personal nature. It goes in depth of things. He goes through all the states that this feeling can cause. We can glorify scenes of meals (with these delectable spaghetti bolognaises), as the way in which Kechiche is close under the pleasure. Since love is also pleasure. It is a desire, a fantasy, a joy, a moment of peace, a moment of sensuality. The film is full : sensoriality to the point that the life of Adèle scrolls like a red balloon rising to the sky. Ca knows the rain, the storm, the beautiful weather, the snow, the hail, the storms. Although the film takes place in the sun (you can’t dwell not too anecdotal), the atmosphere is to the obstacles.

It is with the tone of the sensorial as the film progresses. Kechiche can also be used in the assembly. There is an exactness, a precision in the sequence of plans, that the film becomes easier. When the film is going on a picnic, to a kiss, to end on a sex scene : it’s better to create the illusion of the fantasy, the better to declare the sharpness of the love that he explores. Finally, the editing will render a great service to the producer. When we think back to a dolly that contains the film, as with the final plan, there is this wandering of the character of Adele, who appears. From there, this wandering is combined in the evolution. We seek, we find, we destroy, search, etc… And so on, since the film leaves us in complete confusion. Kechiche asks questions, explores, but the outcome is not responding to the battle for happiness/unhappiness of life.

Where the film touches most nearly the life, it is in this experience. Each time, Abdellatif Kechiche is to get in front of things. Even if the frontality, with more depth would have been more in the advantage of the film, there’s this function of art that you love. With this film, Kechiche shows us that art is still the message of the life, and love. That Kechiche films, this is not so much the life or the love anecdotal : it is the fusion of the body, it is the essence of everyday life.

At 15 years old, Adele has two certainties : she is a girl, and a girl, it comes out with the boys. The day she saw the blue hair of Emma on the grand-place, she feels that her life will change. Only responding to its questions as a teenager, she turns her gaze on the self and the gaze of the other on it. In his love, mixed with Emma, she is fulfilled as a woman, as an adult. But Adèle doesn’t know how to do the peace, neither with her parents, not with this world full of moral absurd, nor with itself.

• Original title : The Life of Adele